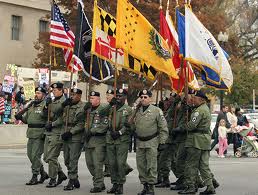 A major row is brewing between Vietnam War veterans and the Australian War Memorial over the official written history of the conflict.

The veterans want a key section of the official history of the war rewritten, alleging that major factual errors about Agent Orange contained in one of the history’s volumes are now being accepted as fact by a new wave of historians.

But senior figures at the memorial, including military history section head, Ashley Ekins, are resisting any move to have the history rewritten or withdrawn.

The 17-year-old controversy over the toxic herbicide, used a defoliant during the war, has been reignited by the publication of two new books on the conflict Zombie Myths of Australian Military History and War Wounds.

Graham Walker, a Vietnam veteran who also saw active service in Indonesia in 1966, is the author of an essay making the case for the official history to be rewritten in War Wounds which was edited by Mr Ekins and his then AWM colleague Elizabeth Stewart.

Mr Walker told The Canberra Times the official history, written by Professor F.B. Smith and published in 1994, stated falsely that no veterans’ diseases could be linked to the controversial herbicide and that the focus on the Agent Orange debate had undermined support for Vietnam veterans on other fronts and those seeking compensation had been motivated by opportunism and greed.

Mr Walker and other members of the veterans community have long argued these claims were offensive and inaccurate.

Professor Smith’s Medicine at War, the third volume in the official Vietnam War history produced under the imprimatur of the Australian War Memorial, sparked fierce debate on its release, with veterans claiming it was one sided, out-of-date and inaccurate.

Mr Ekins said revising or withdrawing an official history would end a tradition of independence that dated back to the work of Charles Bean after World War I.

The senior historian said he would support a fresh review of the Agent Orange issue by a suitably qualified historian in the light of more recent developments but not as part of the official history.

Mr Walker said he and other Vietnam veterans had long feared that if left uncorrected, Smith’s ”fatally flawed” account would lead to the perpetuation of serious errors including attacks on the character of dead men for decades to come.

”This has now come to pass,” he said.

Late last year the Vietnam Veterans’ Federation clashed with a Canberra academic, Professor Jeffrey Grey, of the Australian Defence Academy, after he ran with the line originally published by Professor Smith in his 1994 book.

In a letter to Professor Grey dated September 19, 2010, federation president Tim McCombe wrote, ”In your chapter (in Zombie Myths) you say of the Agent Orange Royal Commission ‘the final report concluded that herbicides were not guilty of causing the diseases and deformities alleged’. This is a misleading statement and follows the line of Smith’s account.”

Mr McCombe, who lost a leg to a mine in Vietnam, was one of the men who took offence at being described by Professor Smith as motivated by greed.

Mr Walker said these assertions should not be allowed to stand.

”The royal commissioner did find a link between exposure to Agent Orange and some cancers,” he said.

”He found that a repatriation determining authority might well attribute a Vietnam veteran’s soft tissue sarcoma or non-Hodgkin’s lymphoma to his exposure to Agent Orange.”