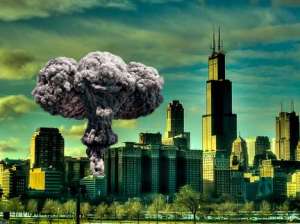 MAYDAY, 5/1/11, 11:11 PM — U.S. claims of a successful military operation that killed Osama bin Laden (OBL) come on the heels of a story out of Guantanamo Bay, according to which Khalid Sheikh Mohammed (KSM) said that Al-Qaeda is prepared to launch a “nuclear hellstorm” against the United States and United Kingdom in the event that OBL was killed or captured.

VT carried my Saturday intelligence analysis of this exact scenario, A Princess Bride’s A-Bomb Peril. In light of today’s developments, the article is certain to be distributed and discussed worldwide by intelligence, police and military officers and officials.

Israeli and US/UK agents conducted a heater debate in the article’s comments section, arguing whether Sears Tower was the top terror target and which Middle East nation and religious extremists should be “profiled” by authorities and alert citizens.

More analysis to follow later today. If any of the source article links crash, search for the titles: