Minnesota currently holds two Israel bonds worth a total of $18.4 million. The money used to purchase the bonds came from pension and retirement funds collected from taxpayers on behalf of Minnesota state employees. 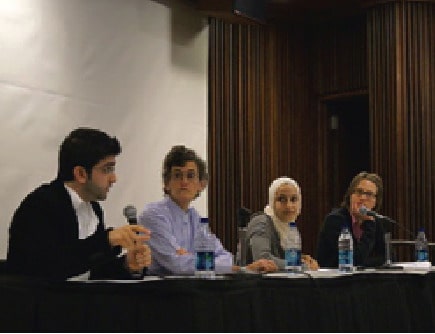 Questioning both the morality and the legality of their state’s investments in the state of Israel, a group of Minnesota activists has warned its state government to divest from Israel—or face possible legal action.

After two years of statewide grassroots organizing, the group, called the “Minnesota Break the Bonds Campaign” (MN BBC), formally issued its divestment demand to the Minnesota State Board of Investment (SBI) on Feb. 1, 2011.

Minnesota currently holds two Israel bonds worth a total of $18.4 million. The money used to purchase the bonds came from pension and retirement funds collected from taxpayers on behalf of Minnesota state employees.

According to the MN BBC Web site (mn.breakthebonds.org), “Bonds are sold by Israel to finance infrastructural and economic development projects. Many of these projects include bypass roads and settlement building in the West Bank and East Jerusalem. These settlements displace Palestinians from their own lands. Bond money also is used for building the illegal wall.” (The International Court of Justice [ICJ] ruled on July 9, 2004 that the separation wall Israel has been building on Palestinian land is illegal.)

Members of MN BBC argue that the state law that has been cited to justify investment in the Israeli government does not actually authorize such a transaction. Attorneys have told MN BBC organizers that MN Statute 11A.24 Subdivision 2 provides for specific types of foreign investment, but does not provide clearly for investment in Israel.

Israel and Canada are the only countries in which the state of Minnesota has direct investments. But Minnesota Statute 11A.24 Subdivision 2 spells out specific provisions for doing business with Canada only. Not only does it not allow investments in any other government, it does not mention Israel at all.

One lifelong Minnesotan who has become involved with MN BBC is Susie Gad, a Minneapolis attorney who has traveled extensively throughout the Middle East, including Israel.

“Minnesota has been investing public funds in Israel in clear contravention of Minnesota law,” said Gad. “In addition, Israel uses the funds from Minnesota’s investments for various programs that violate international law, such as illegal settlement building and the construction of the apartheid wall.

“Such illegal and immoral investments in any other country would not be tolerated,” Gad pointed out. “And Minnesotans have an obligation to ensure that their state abides by both state and international law in its use of public funds. Israel should be no exception.”

One of the current hurdles facing MN BBC in its divestment campaign is the task of getting listed on the agenda of the SBI’s next meeting, scheduled for March 3. At that session, the four-member board—consisting of the state’s governor, attorney general, secretary of state and auditor—make decisions pertaining to investments.

Thus far, the SBI has attempted to sidetrack MN BBC by offering a closed door meeting with SBI members. However, MN BBC continues to seek a public hearing on the divestment issue.

Moreover, in addition to its efforts at influencing the SBI, the MN BBC is contacting members of the state legislature regarding Minnesota investment in Israel bonds.

Complementing the argument that investment in Israel runs counter to Minnesota law, the approach being used in talking to legislators emphasizes what MN BBC considers to be Israel’s disregard for human rights and international law.

MN BBC is acquainting the SBI and state legislators with these human rights abuses and disregard of international law, including Israel’s separation wall, its illegal settlements, the Israeli occupation itself, the siege of Gaza, the 2008-09 “Cast Lead” attack on Gaza, the apartheid conditions in the West Bank, the Right of Return, and Israel’s secret nuclear program.

“What we’re saying, in the simplest of terms, is that we, as Minnesotans, should not be obligated to fund oppression with our tax dollars,” explains Liz Geschiere, a Minneapolis activist and MN BBC member who has spent time in Palestine. “By investing our money in the Israeli government, state policymakers are essentially making all Minnesotans complicit in an illegal and immoral occupation.”

Any bill sponsored by any member of either the state House or the Senate must obtain initial approval from a specific pension-related committee in the House, and a parallel committee in the Senate. Those two committees are chaired by Republican legislators who represent small cities in rural parts of Minnesota.

During the past 18 months, close to 2,000 Minnesota residents have signed MN BBC postcards. A brief statement on the postcard calls upon legislators to “help us break economic ties with Israel’s apartheid system.” MN BBC members then deliver the postcards to the appropriate legislators in both the Minnesota House and Senate.

One group likely to rally opposition against the MN BBC divestment plan is the Jewish Community Relations Council of Minnesota and the Dakotas (JCRC). A year ago, the JCRC spoke out sharply against a divestment proposal MN BBC was circulating within the Minnesota Democratic party. While the JCRC’s position may resonate with some Minnesota government officials, MN BBC activists believe that the divestment message will find support among other officials.

“I truly believe that if someone takes the time to learn enough about Israel’s practices, on the ground, toward Palestinians both in the territories and within her own borders, that person will feel compelled to withdraw his or her financial support from those deeds,” says Geschiere. “All other attempts to pressure Israel to change its policies, including negotiations, two intifadas, and hundreds of U.N. resolutions, have failed. So if you are not going to sit back and accept the status quo, then boycotts, divestments, and sanctions are the most morally and politically sound tactic to try next.”

MN BBC is currently incorporating itself as a 501(c)(3). Its divestment effort has been endorsed by many organizations, including the International Jewish Anti-Zionist Network, Friends of Sabeel North America, US Campaign to End the Occupation, Teachers Against Occupation, and the Israeli Committee Against House Demolitions (ICAHD).

MN BBC members say that they are in this campaign for the long haul. Of the two Israel bonds Minnesota holds, the one scheduled to mature first will become due in 2015, the other in 2024.

Some legislators, having been approached by MN BBC constituents regarding divestment, have said that they “don’t want to get involved in international affairs.” However, MN BBC believes the state already has made an international statement in deciding to invest Minnesotans’ tax money in one of the world’s most controversial nations.

ABOUT THE AUTHOR: Bill McGrath is a free-lance writer living in Minnesota.