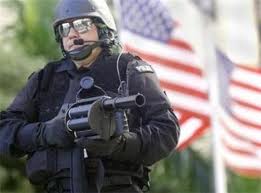 A spectacle of the nation’s internal conflict and fear that grows with each false narrative of U.S.impotent vengeance. Conversely, beginning with the WTC tragedy 09 11 2001 to the Bin Laden demise of 05 02 2011 U.S. demonstrates obvious inexplicable faults.  Solidifying at each event that the U.S. blind conquest for world’s empire is an enigma within an enigma. The self-anointed reverse victim industry fear strategy based on one single select exclusive special interest group that is above all the Natural Laws of the Universe, 800 years written laws of man, and more self-important than all peoples on earth.

An article confirming the root fundamental basis for select exclusive special interests that operate above all Laws relating to nature and man one year ago totally ignored. Aggressors transformed into victims c. May 31, 2010 Israeli War Crimes: From the U.S. Liberty to the Humanitarian Flotilla article by James Petras paragraph,“Israeli storm troopers invading Freedom Flotilla ship were turned into victims and the humanitarian pacifists were turned into aggressors.”

America’s core values; duty, honor, country, freedom, liberty, justice and the inherent rights to self-dignity have been usurped by quislings. The steel grip crony apparatus has replaced inherent rights to all U.S. citizenry and the global masses with obnoxious spactacular displays of compounded failure under performance and underachievement. ‘A Deadly Embrace” by Dr. James Petras.

A super strategy of fear invigorated by a commander and chief executive representing cadre and legions of under performers, and underachievers operating at high speed to the detriment of ‘We the People’ ignoring the oath of allegiance to an elected high office.

Distracting from duty to obey a nation of laws directing focus to yet another memorial dedication apparently refusing on 05 02 2011 to acknowledge gross conflicting anomalies relating to the construction of steel and concrete high rise buildings.

An individual that pivots energy to cadres and legions of documented and self admitted under performance and underachievers in every category of national finance, politics, banking, military, law, justice, and academia. Superimposing a deceptive crime syndicate cartel in opposition to the stellar ideals of elected office to serve, honor and dutifully obey the laws set forth in the US Constitution and Articles Bill of Rights.

Existing Off Fumes of Past Glory

Memorializing the 911 tragedy with a tainted spectacle announces to the world that America has no remorse for illegal bellicose and belligerent vengeance against all humanity.  Therefore the U.S. apparatus exists singulary and alone in a bloated and corrupt self anointed reverse victim industry.  A documented and self aggrandizing failure that trumpets a staged episode and a calculated event to further perpetratate it’s corrupt agenda.  An event that continues perpetuating false narrative brands such as “we will not forget”  “we say what we mean” “we honor our commitments.”  What commitments and honor?  These statements mask  the alarming and violent shakedowns and thefts of U.S. citizenry labor, assets, property, and inherent rights to self dignity.

Subsequently, an  analogy of repeating U.S. “past glories” written in an article in Business Insider 05 01 2011 titled “Moronic American Exceptionalism.” The author gives an example of formula for success that has made America a great finance banking economic, industrial, and political colossus to the world.  Quotes a past glory adage, possibly the worst financial advice ever published, “never bet against America.” “It has always been a bad idea to bet against America and our ability to prosper even against overwhelming difficulties. America will cut back its spending, innovate, and pay off its debts. We will earn our way out. It is just how we do it.” Posted by Business Insider.

Here the author talks about the subject matter relating to investing while he could use the same analogy talking about 911 tragedy that transformed the U.S. into a plague on humanity.  An appropiate response to this quaint logic is an article written by Paul Craig Roberts Mr. Roberts: What is responsible for American success? “Propaganda. If truth be known, the US is a failed state.  “A plague on the World.”

Forever memorializing a staged syndicated event by capitalizing on existing past glories  Author goes on “never bet against our ingenuity, work ethic, and our breed of capitalism that has made more dramatic changes to the world in the last 100 years than during any other period in human history.” 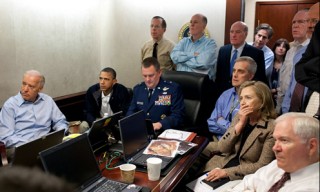 A more accurate statement would have been, “that’s how America used to do it” Fact is, America’s core fundamental values have usurped with self- anointed victim industry fear strategy. A strategy that includes problematic deep-seeded gross failure tacticts and underachievement.  Neither political party has even a remote interest to put forth a viable strategy for correcting errors, crime, illegal wars. stolen assets, natural resourcs, rigged markets, mass destruction, genocides, and an antiquated brutal military.

The obvious anomaly and complete suppression that building #7 WTC implosion collapsed free fall in 7 seconds in it’s own footprint indicates one single flaw of the 20th Century of American past glories transformed to extreme underachievement that have resulted in bleak 21st Century consequences for the entire world. Mr.Obama repeats verbatim “America will never apologize for any of it’s actions.”  Continues on a trajectory of accelerated U.S. destruction, reverse victimization, and self anointed heroic hoaxes by employing enigmatic principles.of extreme deceptions.

Nevertheless, 21st Century America needs to confront realityby reversing under performance. A blaring example of revising reality from the glorious past outlined by General Douglas A MacArthur’s “Farewell Speech.” “I took an oath on the plain at West Point” “and the hopes and dreams have long since vanished, but I still remember the refrain of one of the most popular barrack ballads of that day which proclaimed most proudly that “old soldiers never die; they just fade away.”

Capturing all the essences, from a line in the ballad of the old solder, by General Douglas MacArthur’s iconic speech.  Concluding the fact that America’s neo-con flawed and underachieving, under performering ideologues of the past 20th Century imitate and practice the line in this ballad of an old soldier.  Attempt to apply the “just fade away” dynamic.  “Just fade away”, cut the world some slack, do not respond to 21st Century problems accelerating impotence with no hope of recovery, any recourse, or remorse for self inflicted and total collapse of America.

Give the world a really big break from enigmatic exceptionalism and “Just Fade Away.”