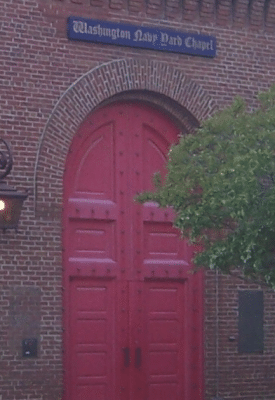 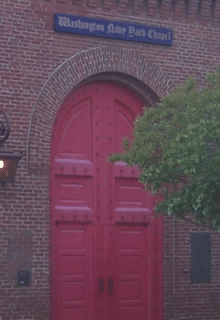 During the debate over the repeal of Don’t Ask. Don’t Tell, social conservatives in congress argued that the repeal of the military’s policy banned openly gay and lesbian troops would have an adverse impact on the religious freedom and careers of military chaplains….

It would now appear those predictions were correct and it will be the same social conservatives who have decided to adversely impact those religious freedoms.

A U.S. Navy plan that would allow Navy chaplains to follow their own religious beliefs and perform same-sex marriages in military chapels after the end of “don’t ask, don’t tell”  if they so choose, has run into congressional opposition.

We reported yesterday on an April 13 memo from the Chief of Navy Chaplains, Admiral Michael Tidd, that says  each Navy chaplain would be bound by his own religious beliefs and “may” officiate at same-sex marriages or civil unions, depending on both local laws and those religious beliefs.

Now a Missouri Congressman has sent the Navy a letter, cosigned by 63 conservative members of the House, demanding the Navy not respect the religious beliefs of those chaplains who have no objection to same-sex marriage.

Rep. Todd Akin, R-Missouri, Chairman of the Seapower and Projection Forces Subcommittee, says the Navy’s policy  that would allow Navy Chaplains to follow their own religious beliefs and  perform same-sex weddings in military chapels, once the current DADT policy formally is ended, would violate the federal Defense of Marriage Act.

“The Defense of Marriage Act was passed by Congress and signed into law by President Clinton in 1996.  The law of the land is that the federal government defines marriage as between one man and one woman.  This new guidance from the Navy clearly violates the law.  While our President may not like this law, it is unbelievable that our Navy would issue guidance that clearly violates this law.  While a state may legalize same-sex marriage, federal property and federal employees, like Navy chaplains, should not be used to perform marriages that are not recognized by federal law.

“My colleagues and I are calling on the Secretary of the Navy to make sure that the Navy actually follows the law.  As we state in the letter, ‘It is not the place of any citizen of this country to pick and choose which laws they are going to obey. We expect citizens sworn to defend those laws to set the example in their application.’”

In answer to Akin, the Pentagon said in a statement late yesterday, the Defense of Marriage Act, does not allow the Defense Department  to recognize same-sex unions as valid marriages even if they’re performed in a state that recognizes same-sex marriages and as a result no military benefits would be granted to those couples. But the DoD’s statement made it clear,  DOMA, “does not limit the type of religious ceremonies a chaplain may perform in a chapel on a military installation,” and  the DoD would NOT be telling the Navy’s chaplain which religious beliefs they should hold.