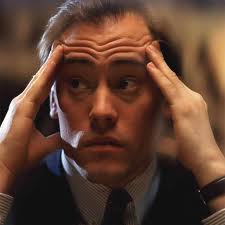 The wars in Afghanistan and Iraq potentially got a lot more costly Tuesday. That’s because a three-judge panel of the 9th U.S. Circuit Court of Appeals in San Francisco has concluded that the Department of Veterans Affairs’ treatment of mentally-ailing vets is so poor it is unconstitutional.

“Among other issues, Veterans ask us to decide whether these delays violate veterans’ due process rights to receive the care and benefits they are guaranteed by statute for harms and injuries sustained while serving our country,” the three-panel judge ruled unanimously. “We conclude that they do.”

It is a far-reaching decision that could prove exceptionally costly for the country, if the plaintiffs — a pair of veterans’ groups — and the VA can’t come to an agreement. The panel ordered a federal district judge — who had tossed the lawsuit out in 2008 — to work with both sides and try to hammer out a new mental-health treatment plan.

The plaintiffs are Veterans for Common Sense, in Washington, D.C., and Veterans United for Truth, based in California. The three-judge panel included Chief Judge Alex Kozinski, appointed to the bench by President Reagan, and a pair of judges — Procter Hug Jr. and Stephen Reinhardt — appointed by President Carter. Reinhardt wrote the toughly-worded decision, which was hailed by veterans. “This decision hopefully will serve as a model for veterans in the future, and as a testament to the bond of faith between our citizens and the defenders of our freedom,” said Gordon Erspamer, who argued the case before the panel on behalf of the veterans’ groups. The VA and Justice Department had no immediate comment.