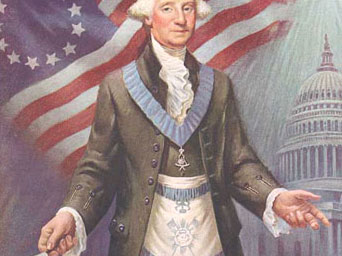 “The very word secrecy is repugnant in a free and open society; and we are as a people inherently and historically opposed to secret societies, to secret oaths and secret proceedings. We decided long ago that the dangers of excessive and unwarranted concealment of pertinent facts far outweighed the dangers which are cited to justify it.” — JFK, 1961 address to newspaper publishers

Secret societies are a pernicious presence throughout the history of the United States. George Washington, our great inceptor, denounced the dark doctrines of Illuminism, which he believed threatened the Republic: 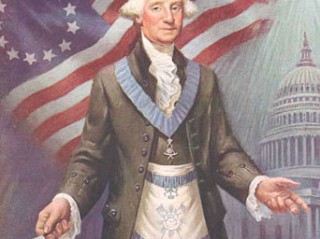 “The Doctrines of the Illuminati, and principles of Jacobinism (have) spread in the United States. … No one is more truly satisfied of this fact than I am.”

On 9/11, 1857, a party of Mormons (a cult zealous about Freemasonry), massacred some 120 settlers passing through Utah on the way to California, in what came to be called the Mountain Meadows Massacre.

9/11’s four airplane flight numbers are codes. I present them in chronological order, according to the official 9/11 story:

Since calendar coding is crucial to conspiracies, here are two separate terror timetables, the first anchored by 9/11/01, and the second by 6/6/06. Omit the zeros to see the occult (i.e., hidden) numbers. Ghost Troop was involved in the resistance against italicized items, and readers will find convincing documentation of our role in the Ghost Troop campaign history below the calendar decryption.

666 Covert Schedule:
* The explosion, fire and HAARP attack against Texas City occurred on 7/28/2005, a day later than the 7/27/2005 scheduled date, and then in lessened degree, because of the infowar resistance led by Ghost Troop.
+The mainstream media reported a WMD “day-after” team alarming Texas City on 2/1/2006, which means that the “simulated” nuclear attack that they were responding to had been scripted for 1/31/2006.

“Even today, there is little value in opposing the threat of a closed society by imitating its arbitrary restrictions. Even today, there is little value in insuring the survival of our nation if our traditions do not survive with it. And there is very grave danger that an announced need for increased security will be seized upon by those anxious to expand its meaning to the very limits of official censorship and concealment. That I do not intend to permit to the extent that it is in my control.” — JFK, 1961 address to newspaper publishers