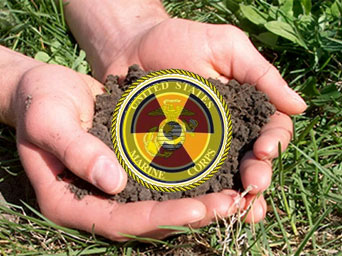 Some soil at Camp Lejeune, N.C., was so saturated with fuel and chemicals by the late 1980s, the Marine Corps knew it was critical to test the air in nearby buildings for carcinogens.   “We want to be sure that there are no compounds present inside the work spaces in these buildings — which could have a long-term chronic adverse health effect on occupants,” base environmental engineer Bob Alexander told the public in 1988.

Testing, he said, would begin “in the very near future.”  But nothing in the vast collection of public records detailing one of the nation’s worst contamination sites shows the Marine Corps kept that promise.

The only indoor air quality testing reflected in records occurred a decade or more later. And by then, fuel odors were so bad that five buildings would be demolished.

After weeks of searching their files, Corps officials acknowledged to the St. Petersburg Times that they could find no documentation that testing was completed before the late 1990s.

But Marine spokesman Nat Fahy said testing may nonetheless have occurred. Records, he said, may have simply been destroyed pursuant to the Marines’ document-retention guidelines.

Fahy did not respond when asked if the Corps could say independent of any record if those tests were completed.

“The absence of records more than 20 years later does not necessarily mean action was not taken,” he said in an e-mail.

The Corps “takes vapor intrusion seriously and has taken . . . steps to ensure the safety of those who live and work at Camp Lejeune. We believe that any testing that may have been done was done in a timely manner.”

Mildred Duncan, 62, a retired civilian computer specialist at Camp Lejeune, worked in a building in the 1980s evacuated several times due to fuel odors.

“This is a betrayal,” Duncan said. “It’s like they lied to us. They kept us in those buildings, breathing all that. It’s not right.”

Fuel and chemical fumes are one of the topics federal scientists expect to examine as they determine if up to 1 million Marines and civilian employees exposed to contaminants in water and air at Camp Lejeune suffered adverse health effects.

People who may have been exposed over a 30-year period come from every state in the nation. About 170,000 people who lived or worked on the base have signed up for a registry to get updates of research.

Some 14,500 are from Florida, the second-highest total in the nation behind North Carolina.

But tens of thousands of Marines and civilians undoubtedly worked or passed through perhaps a dozen or more buildings near sites of contamination, Marine critics say.

They were all near vast underground plumes of solvents and fuel, including gasoline that leaked from Lejeune’s Hadnot Point fuel depot, which closed in 1991 after 50 years of operation.

The depot’s corroded tanks and pipes may have leaked more than 1 million gallons of fuel, records show. Fuel is still being pumped out of the ground today.

“It’s unfathomable why they wouldn’t have done the testing after committing to do it,” said Richard Clapp, a professor emeritus of environmental health at Boston University who has worked extensively on Lejeune pollution issues.

Inhaled pollutants can be especially dangerous because they are absorbed by the body more quickly than water, he said.

The extent of fuel leakage at Hadnot Point came into sharp focus in the late 1980s when engineers discovered an underground layer of pure gasoline 15-feet thick.

In May 1988, a private contractor, Environmental Science and Engineering, finished a study with recommendations on how the Corps and Navy could clean up the contamination.

The report wasn’t just about leaking fuel, though the largest source of pollution at Hadnot Point was gasoline.

ESE recommended five measures to protect public health, including air monitoring in about a dozen buildings.

“In the event of compounds being detected above the threshold limit . . . acceptable to humans, immediate measures, such as forced ventilation, should be taken to reduce health risks” until permanent measures could be taken, ESE’s report said.

Indoor air testing was discussed at an Aug. 9, 1988, public meeting of base officials and environmental regulators, a transcript shows. The Corps made it clear: Testing would occur.

But plans hit a snag.

It was soon clear that proposed testing “exceeded the capabilities” of industrial hygiene staff at the base who were assigned to do it, said an Oct. 5, 1988, memo by Lejeune’s commander.

He suggested hiring a private company. The Times asked the Corps if it could locate a contract to show if this was done.

Once again, a Corps spokesman said such a contract could not be found and noted the absence of a contract did not mean one did not once exist.

Were personnel at the base pressing the command about the odor of fuel?

The Corps said it could not find a record of complaints on fuel smells. But records and interviews show that complaints were, in fact, being generated.

OHM Remediation Services Corp., a contractor helping in the cleanup of Hadnot Point, noted in a 2001 PowerPoint presentation that fuel odors in Building 1101 had been “reported for years” before 1997.