Home Military Memorial Day Weekend: A Time to Remember and Come Together 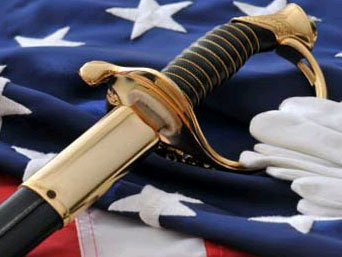 Memorial Day weekend in 2004 was a special time for me.  My family drove to Chicago to watch me graduate from U.S. Navy Boot Camp with my fellow sailors in Recruit Division 184.

I hadn’t seen them for nine weeks, which seemed like a long time at the time, and my only contact with them was through letters I was allowed to write on Sundays.  While on liberty, I went with them to Navy Pier in Chicago and told stories about my Boot Camp experience.

During that weekend, I had no idea where the military would send me or what the future held.  But I wanted to go overseas and I wanted to serve in the Middle East.  At that time, almost all of us wanted to deploy.

Most of the town, young and old, came out to honor local residents who had fallen in combat, thank Veterans for their service and listen to an orchestra play patriotic music.

When the orchestra began playing the service songs, Veterans stood up as their song was played.  At a young age, I remember being in awe of the Veterans as they stood up, especially my grandfather who fought in France and Germany in WWII.

When the orchestra began playing “Anchors Aweigh,” I reluctantly stood up.  As I looked around, there were Navy Veterans from all eras including WWII Veterans.  It was surreal and I didn’t feel as though I deserved to stand with those men and women.

But what was most touching from that Memorial Day ceremony was not the ceremony itself, but the families with children who waved small American flags during the music.  It told me that the nation did not forget the sacrifice of our fallen and that the importance of remembering was being passed on to the next generation.

I love cookouts and spending time with friends and family, but Memorial Day weekend is also a time to remember and to teach the next generation about the sacrifices of Americans who gave us the freedom to enjoy time around the grill