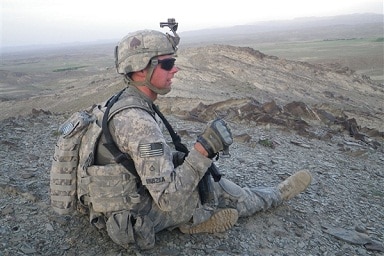 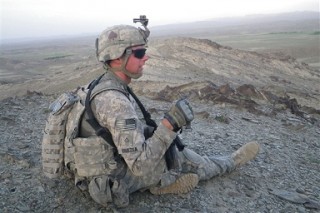 WASHINGTON, May 31, 2011 – With just two months remaining on his brigade’s deployment to Afghanistan as part of the 30,000-troop surge there, Army Col. Sean Jenkins has seen the operational benefit of the nose-to-the-grindstone training regimen and nearly back-to-back deployments on his soldiers.

“They’re remarkable,” Jenkins told American Forces Press Service of his 101st Airborne Division, 4th Brigade Combat Team soldiers operating along Afghanistan’s long border with Pakistan in remote Paktika province.The colonel marveled at his soldiers’ ability to make decisions with strategic consequences in the blink of an eye and to accomplish the near-impossible. Borrowing a quote from Army Maj. Gen. Robert Brown, commander of the U.S. Army Maneuver Center of Excellence, Jenkins said, “I think if we told them to go to Mars in two weeks, they would figure out a way to get there.”

But as the United States removes all of its forces from Iraq by the year’s end and evaluates the situation in Afghanistan this summer with an eye toward an eventual drawdown there as well, Jenkins finds himself among those questioning how to maintain this force after the deployments end.

How, after the longest military conflict in U.S. history, will the all-volunteer force downshift from the full-steam-ahead momentum it’s maintained for a decade and adapt to post-combat training?

Jenkins acknowledged that the Army has developed some bona fide “adrenaline junkies.”

After the current military operations end, Jenkins said, America’s combat-tested troops will want to participate in challenging training that’ll maintain the capabilities they’ve worked so hard to build over the past decade.

“They thrive on it,” the colonel said.

“A poor analogy would be that I practice football all season long, but never get to play in a game,” Jenkins added. “You are truly there for the love of the game.”

That doesn’t necessarily mean having to deploy to another country, Jenkins said, but will put some heavy demands on leaders to keep soldiers engaged when they return to a post-conflict garrison environment.

“It means that we as leaders have to provide them incredibly well-thought-out, challenging, rewarding training, to keep that edge,” Jenkins said. “We are a learning organization, and we will have to keep figuring it out.”

(Editors Note: This the first article in a series about how the Defense Department and military services plan to maintain combat effectiveness and readiness as the current operational tempo begins to decline.)