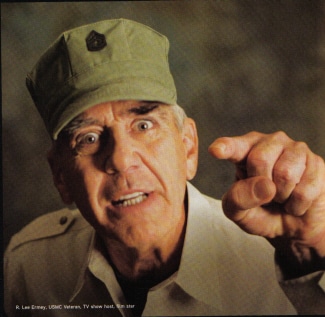 In my series of articles regarding military personnel who are transitioning from military life to civilian life, I have tried to be as objective as possible. Starting early-on in the series I tried to cover what makes an individual volunteer for duty in the military and subject themselves to the potential dangers involved. Certainly every America owes a debt of gratitude that there are such people, and over the years hundreds of millions of others should be on their knees thanking the US military for their freedom as well.

At the end of each enlistment period, it comes time to make the decision to “re-up” or move into the civilian world. It seems that with each advancing year our depressed economy is struggling to absorb an already bloated unemployment level compounded by a real potential for an inflationary spiral which could easily get out of control.

Training learned in the military is the best money can buy, and most employers we’ve spoken with agree that hiring a high caliber individual who has served, is a good investment in his company’s future. So, one would think that making the transition should not be all that difficult. Perhaps in better times that might be a valid statement, but not so today. It has become so competitive in the job marketplace, that college graduates and particularly those with master degrees and doctorates, are having to either work outside their area of study or simply latched on to a job to keep from staring to death.

The veteran on the other hand is a marketable commodity. They have learned special skills that are as thorough, and in some cases, superior, to those who are just entering the job market for the first time. They have also learned respect for the chain of command, discipline, leadership, how to think and operate under pressure. Many of those doing the hiring however, have a preconceived notion, that some of those leaving the military are “damaged goods” stemming from service in a war zone.

“If you’re an underdog, mentally disabled, physically disabled, if you don’t fit in, and if you’re not as pretty as the others, you can still be a hero”. Steve Guttenberg

While I am sure if we look long enough we can find a few veterans who have unresolved mental issues, but the Department of Defense, the Veterans Administration, and the Reserve /National components have become acutely aware of this and are working diligently to identify such individuals and provide the necessary guidance and counseling to make each soldier whole. This is why I have spent so much time in previous articles discussing the challenges adjusting from combat action to stateside living, and then onto civilian life.

In addition to the federal and state funded programs, many of which were not available to veterans of previous wars,  today’s Americans are reaching out to help veterans by working with volunteer non-profit organizations. Hundreds of these groups, both locally and nationally, can provide support services above and beyond government programs. The hybrid groups like the new Warrior 2 Citizen Program, have blended both civilian non-profit groups, faith-based organizations, and veteran groups, with elements of federal and state agencies, with remarkable success. Instead of just addressing the warriors concerns, they are focusing on the whole family. In coming articles we will look at specific needs, where to turn, and real case studies others are willing to share.

The 95-year-old Billings woman punches in at Won 800 Casino & Sports Pub in the Rimrock Mall six days a week, three hours a day. She’s been working at that location since December of 1979, back when it was a Papa John’s Restaurant, and she’s stirred the same taco salad recipe ever since. see here taco salad recipe

“I guess I just had a good start and kept on going,” she said.

Mayor Ron Tossing turned up for Johnson’s birthday celebration in June, and plaques from Gov. Brian Schwietzer and Lt. Gov. John Bohlinger were among her gifts that day. The adulation is nice and all, but Johnson doesn’t much see the point in that, either.

“I don’t do a whole lot around there anymore,” she said. “I’m a very private person, and I could live without all the fuss. But they’ve made a deal about it ever since I turned 90.” Johnson, who lives alone, likes her solitude. When she’s not working at Won 800 Casino, she reads mystery novels and historical fiction and watches baseball on television. She likes following individual players rather than teams; several of her favorites happen to play for the Atlanta Braves.

Her family, including two grown daughters in Billings, provides her all the company she needs.

She’s not sure what to credit for her continued good health. She rides a stationary bike in the mornings, working out as much as she can stand, and sticks to a few other rules.

“I never smoke,” she said. “And drinking, that’s another never.” Johnson, who was born 60 miles south of Kansas City, Mo., moved to Montana with her late husband Dean Johnson back in 1972. The couple opened a concrete lawn ornament store between Joliet and Fort Rockvale that remains open today under different ownership.

She was 67 when she started working at the restaurant, and was part of the acquisition when it was bought out by Won 800 Casino in 1991. She just went on preparing the taco salad, now available for $4.95. Johnson’s also responsible for preparing the vegetable soup, at $2.25 a cup and $3.25 a bowl. website taco salad recipe

Johnson won’t say a peep about the sauce in the taco salad, which she says sets it apart from other taco salads. But she’s glad to disclose one tip that keeps her going every day.

“I don’t take much sassin’ from anyone,” she said. “I just don’t pay much attention to it.” The same goes for all the attention. She doesn’t want anyone to get the wrong idea: Workers at Won 800 Casino are like her second family, she says, but she’d just prefer to keep things simple.