Home World “Jewish Facts on The Ground” No Way 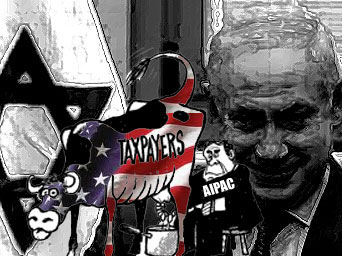 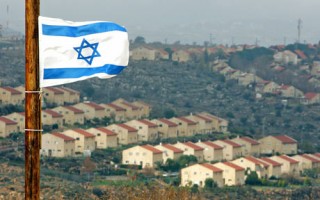 Question, why should any one, let alone the Palestinians accept “Israel’s facts on the ground” when Israel not only never accepted “Palestinian’s facts on the ground” but through brute force changed these facts? The fact that Israeli Jews and beyond them American Jews claims special rights to the land, does not mean, these claims must be accepted by every one and it does not mean Israeli Jews are exempted from the rule of international law.

Today, of all people the Mayor of Chicago, Rahm Emanuel taking time out and having solved the city’s garbage, sewer, transport, education crime and urban problems published an Op-Ed article in the “ Washington Forum” of the Washington Post reminding us that 67 borders are” one starting point of negotiations, not the end point”.

Well, that may be fine with the son of a proud Jewish terrorist who opted out of serving in this nation army and chose to volunteer in the Israeli army to give us his views on “Jewish facts on the grounds” but his views and all those of American Zionist Jews, who and since the days of Lyndon Johnson shaped and formulated US policy in the Middle East to go along with the Talmudic claims for the rights of the land as “God given” and not won through pre-emptive war.

No thanks to US sponsored policy and since 67 and in contradiction to international laws, the Geneva Convention against moving “civilians” to occupied territories and against the word and spirit of both USSC resolutions 242 and 338, Israel made it and continue to make it a point to create “Israeli and Jewish facts on the grounds”.  Facts that are results of land theft and land grab, systematic expulsion and ethnic cleansing of Palestinians Arabs from their lands and homes to allow the building of Jewish settlements all over the Occupied West Bank and specially around Jerusalem.

Forget about God, the Promise Land and the “Chosen People” and all that crab, I never understood and no one so far made a credible case for accepting Israeli and Jewish facts on the grounds while denying “Arabs and Palestinians facts on the ground”; not the Israelis, not the American Jewish leadership and community, not the American Zionist Jews members of this administration and past administrations, not President Obama, not Clinton, or Bush, or Reagan let alone Nixon or Johnson, certainly not Mahmoud Abbas, not Saeb Erekat, not Yasser Abed-Rabou can deny the Palestinian people their rights to lands and properties stolen by Israel to create its facts on the ground.

Successive Israeli governments from day one of the 67 War made sure that the State of Israel with total and unconditional support from the United States creates “facts on the grounds” that will make peace, based on “land for peace” and based on UN Security Council resolutions never happens.

Even after Oslo which was supposedly set the stage for a timely and negotiated peace settlement, Israel continued with land grabs and continued to expropriate lands for its settlements, for its Jewish Only Roads, for its Apartheid Wall and the denial of Palestinians “residency” in their hometowns and villages to the tune of over a million counting family members, this is in addition to the systematic ethnic cleansing of some 80,000 Palestinians (Christians and Muslims) from East Jerusalem. During the Oslo years, the numbers of Israeli settlers, trespassers and land thieves went from 150,000 to more than 500,000.

Now America and Israel will argue but after all these years and after all of this massive investments in Jewish settlements, it will be difficult to make get these Jews to move out of these settlements and go back to Israel. And both will argue the case that using “force” is unacceptable to get these Jews to move out, and even if they move out, the US tax payers will called up to pay the necessary compensations in the tens of billions.

If Israel was able to evict 500,000 Palestinians then it can equally and easily evict 500,000 Jewish squatters and land thieves. I simply see nothing in international law that makes an Israeli Jew a privileged, qualified for “special” status.

While the Palestinian leadership of Abbas/Saeb seems set on rewarding Israel for its facts on the ground with a land swap for the large settlements around Jerusalem, Nablus and El-Bireh, most likely and I will even bet $1,000 that Israel will demand and will get the US to pay a million dollars compensation to every Jewish land thief in the smaller settlements. Israel with its army of Holy Jewish Warriors in this administration and in Congress will make sure it milks US tax payers for every step in the process from building settlements to evacuating settlements. Poor American taxpayers and citizens, they are the biggest losers in this whole Middle East conflict, being milked every step of the way.