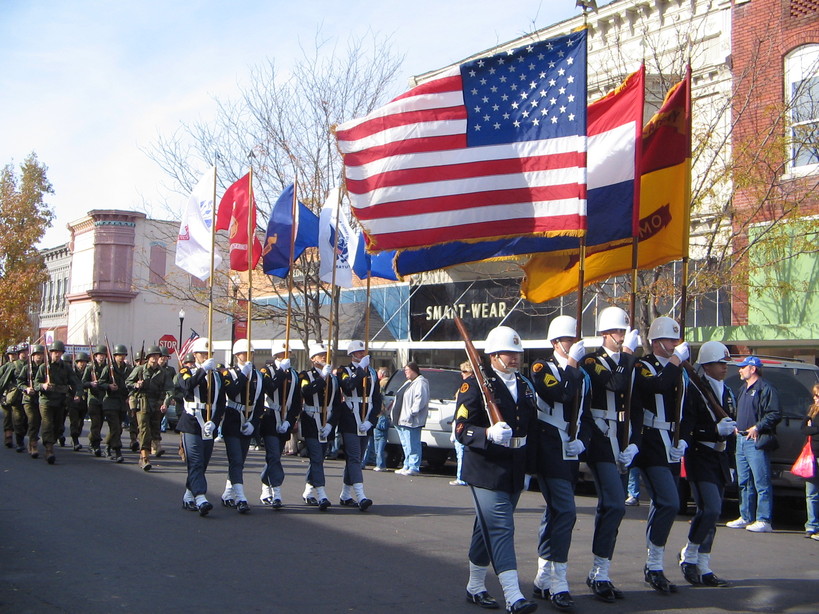 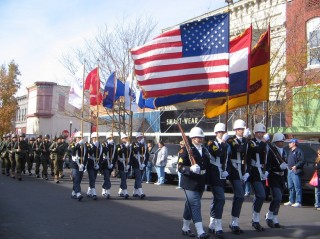 On Tuesday, June 14, the United War Veterans Council (UWVC) announced that the 2011 New York City Veterans Day Parade will be broadcast live on Friday, November 11, 2011, on FOX5 (WNYW).  The announcement was made at NewsCorp Headquarters in New York City, and was featured on FOX and Friends on FOX News Channel and Good Day New York on FOX5, as part of a special commemoration of National Flag Day and the U.S. Army’s 236th Birthday.

The New York City Veterans Day Parade is the largest Veterans Day event in the nation. This year’s parade will take place on 11/11/11 (November 11, 2011), and is themed “NEVER FORGET” to commemorate the 10th Anniversary of the attacks of 9/11.

“The United War Veterans Council is pleased that FOX will be helping us bring this historic event to a broad audience.  By shining a spotlight on our veterans and military, we not only honor their service, we help raise public awareness of their needs and of the organizations that serve them,” said Vince McGowan, President of the UWVC.

“We are particularly excited to make this announcement nationally on FOX and Friends, and look forward to continuing to work with FOX to raise the profile of the Parade and of those who defend our freedoms.”

The agreement was facilitated by UWVC consultant Constellations Group, a strategic relationship development firm dedicated to helping clients show support for our armed forces and first responder communities and their families.

The New York City Veterans Day Parade is produced by the United War Veterans Council, a 501(c)19 non-profit organization chartered by the City of New York to produce the Parade and other events honoring service.  The Parade is made possible through the generous support of the public and patriotic business partners including HBO, U-Haul, Wounded Warrior Project, and HISTORY.  The parade is open by application only to veterans groups, military units, and civic & youth groups that serve and support our veterans. For more information, visit www.vetsday.org.