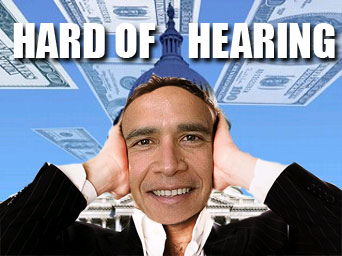 Mayors Urge Washington End Wars for Profit and, Instead, Invest in US Infrastructure

Those Silly Polite Good Natured Mayors Don’t Get It!   The Washington ZOG Is NOT on our Side!

For months, the country’s mayors have bemoaned reduced federal spending and planned cuts for programs that they hold dear: Community Development Block Grants, homeland security programs, transportation spending, among others. Now, they’ve heightened the rhetoric. Today in a press conference, they called for the federal government to end the wars in Iraq and Afghanistan and to invest the money spend on those wars at home.

Over the years, many city councils nationwide have passed similar resolutions, which are entirely symbolic. Those calls were more indicative of a community’s opposition to the wisdom of the war itself as opposed to its cost. Now, mayors are saying that the wars should be ended, largely for financial reasons.

On Monday, the more than 150 mayors at the U.S. Conference of Mayors annual meeting in Baltimore will vote on a resolution urging Washington to end the wars and instead invest that money in infrastructure, job creation, aid to cities and states, and sustainable energy programs. Though the vote hasn’t happened yet, it’s clear that many mayors agree with it.

“We need to take care of safety here at home,” said Elizabeth Kautz, mayor of Burnsville, Minn. and president of the U.S. Conference of Mayors. “That’s our first priority as mayors.”

Los Angeles Mayor Antonio Villaraigosa, an advocate for investments in transportation and infrastructure, said that the federal government should be spending its money on bridges in the U.S. — not Afghanistan.

It’s difficult to estimate the precise cost of the wars, though it’s likely around $126 billion a year (according to the resolution [p. 169/223] outlined by the U.S. Conference of Mayors). Meanwhile, federal officials have proposed cuts that are just a fraction of that amount to domestic programs that mayors view as key. For example, President Obama’s proposed 2012 budget proposes cutting $300 million from the Community Development Block Grant program, which funds housing and job training for low and middle income residents.

More recently, more than 30 cities lost out on anti-terrorism funding from the federal government as a result of losses to grant programs. And as the House and Senate move forward with their transportation bills, it’s increasingly clear that they won’t make the level of investments called for by most transportation experts.

This marks the first time the conference has called for the end of a military engagement since the Vietnam War which makes it a very unique situation.

It’s no secret that the number one industry in the USA is military and defense, without it, Washington DC has a real hard time functioning.  Typcially state leaders have gone along with the program because it was in their best interests.  Of course, human rights be dammed, the issue has always been about local benefit and to hell with the consequences abroad.   But no matter their less than stellar motivation, at least self-interest is finally working it’s way to some local politicians, albeit the weakened ones back on the beaten and over-encumbered main street on the verge of foreclosure.

The real fact of the matter is that while the Mayors finally get the picture and see the homeland as the place where they actually live, the beltway globalists posing as Americans, are simply paying lip service and kissing these foolio’s out the door while they take the “C-Notes” from their rulers at the lobby brothel.

Given that the U.S. Congress recently gave Prime Minister Benjamin Netanyahu another blank check for his imperial agenda and did so with a standing ovation that far exceeded that for a President of the United States, well, you figure it out and tell me who’s running the show!   The Mayors?  LOL!   Nice try!  Have you heard of the ZOG?   Yeah, the Zionist Occupied Government!   No?  Well say hello to your masters!

Memo to U.S. Mayors: Good luck with fighting the corrupted system in the Globalist hamlet of DC.   But don’t fret, we’ll reserve a spot for you at the front line of the coming people’s revolution.  Just make sure you wear your red, white and blue because those darn Feds are wearing black with new world order logos atop their zionist bankster flags and we want to make sure Team America can tell who’s who as we drag the traitors from the halls of shame into the community brig where we can try them as Benedict Arnolds!