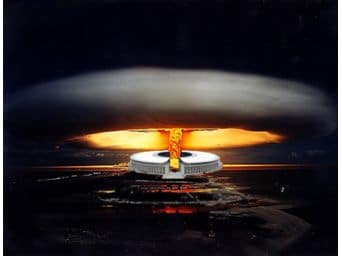 WEDNESDAY, 6/22/11 — German Attorney Torsten van Geest has submitted a provisional order to force the German government into action in light of what he claims are multiple indicators of an impending nuclear terror attack at Berlin’s Olympic Stadium on June 26, 2011, during the opening ceremony of the Women’s World Soccer Championship.

U.S. officials knew about similar indicators before the September 11, 2001 attacks, but did nothing to prevent them, he says, adding that this time such indicators should be publicized to help prevent an attack.

The 400-page provisional order states that many nations have conducted so-called “false-flag” terror attacks, blaming them on unpopular ethnic groups or countries to create conflict and justify wars. They are advancing a world domination agenda, it argues, to concentrate power in the hands of a shadowy power elite who control governments and organizations.