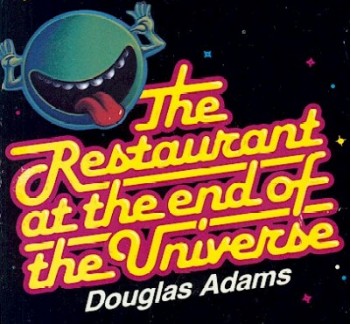 Good people take care of children, not just their own, all children.  They care for the aged, they love the land, they live a rich spiritual life based on values internal, inherent, even genetic or, as believed by some, external, perhaps “revealed” but also inherent in all people.

Wisdom is defined as adding value and meaning to the lives and existence of all, meaning based on respect, built on a foundation on innate kindness, patience and good manners.

Then men made gods or gods made men…you choose.  The rules changed, people became “our people” and reason became “our ideas” and “our beliefs.” Humanity raced backward, often directly proportional to the extent of technological development or religious fervor.  Freud spoke of such things, not without some insight.

What we now face is a question for which we know there is no real answer.  We continue to ask because, failing to accept a common delusion would entail our belief in our own evil, in our own degeneracy, in a fate leading, as most long have accepted, to certain doom.

Our “darker angels,” the expression of our “reptile brain” has formed the basis of our civilizations, organizations formed to mitigate personal responsibility, to create mythologies supporting immoral, inhuman, behaviors, not even predatory but those of the scavenger or perhaps parasitic.  Marx spoke of the ruling classes as social parasites, producing nothing with their labor, demonstrating no inherent skill or redeeming characteristic other than the ability to feed off others.

There is another explanation, not religious, not anthropological or even sociological, but literary.  I think it explains why thing on earth are as they are, I believe it explains it quite well.

British author Douglas Adams wrote of this in his The Restaurant at the End of the Universe:

When I joined the Marine Corps, 43 years ago, did I do it so I could kill “bad people?” As a United States Marine, it wasn’t my first occupation as a “telephone sanitizer” nor would it be my last.  Life managed to teach me, slowly at first, that reaping was much better than sewing.  In a nation filled with parasites pretending to be predators, a good lawyer, rich friends and kissing ass outweighed the grace of god and goodness of the soul ten times over.

When family doesn’t matter, when friends are never real, when experience and accomplishment can be bought through university diplomas, military commissions and country club membership, the “hunter gatherer” experience of our neanderthal soul, the feeling of conquest is as close by as the nearest amusement park or a motel room to wile away an afternoon with a 12 year old met in an internet chatroom.

As for our kids?  Turn them over to the schools or the priest or preacher, that has certainly worked out well.  The army can handle them, make “men” of them.

Later, they can come home, live in the basement, take drugs and wait a decade, maybe two, likely three, for the VA to decide they are totally disabled from years in a combat zone while on experimental anti-psychotic drugs.  Thousands will kill themselves in the process, each an American family destroyed forever in ways unspeakable while others find solace in prison or the outdoor life, under a bridge, belongings stored in a convenient shopping cart.

You think this all wasn’t planned?  You think congress doesn’t know?  You think Veterans Affairs has made abject failure an art form without purpose?

Osama bin Laden was killed, we are told anyway, though unarmed and unguarded, because he was “bad people.” I have access.  I grilled people who knew him, people of authority, big big security clearances, who said he died long ago.  Some liked him, none thought him a terrorist.

American pilots are out today, trying to kill Colonel Gaddafi because he is “bad people.”  Millions more out there are saying this policy is wrong.  Some may be paid by Gaddafi.  Some may simply be pointing out a moral course.  If ordering people to murder is evil, if evil people are bad, and bad people should be killed, then who belongs on the list?  Gaddafi?  How many Americans?

Is it for people to make such judgements?  Do we say law is responsible when law serves money? Law is written by money and power, enforced by guns and executed by judges who are invariably protectors of the powerful over the weak, the evil over the good.  Judges are parasites, telephone sanitizers are more useful.  Judges and legislators can be right, good and decent.  This is why money buys elections and planes with politicians onboard crash so often.

Why Gaddafi?  Why not Cheney or Assad or Netanyahu?  Why not any of us?

More pilots, more “joystick jockeys” are trying to kill “insurgents” in a dozen countries, many we won’t begin to admit, because they are “bad people.”  Imagine the unthinkable.  You can destroy a house full of children, burn them to cinders, destroy the life of an entire village, wipe out a generation and still make “Miller Time.”

This is behavior seen in few insects.

In fact, most of what America does is watch, catalog, listen to, imprison, torture and murder “bad people.”  It is America’s biggest industry.  It isn’t just the military or the defense industry.  It goes further, so much further.  Americans watch each other.  Millions of Americans are designated “bad people.”  They drive drunk, beat their wives, use drugs, cheat on taxes, steal elections, teach children lies in school, work for the mainstream media, take part in a corrupt political system, go to prison or imprison others, but there’s more.

More bad people simply dissent.  Some ideas are sound, some less so, too many are orchestrated dissent, fear and envy manipulated to excuse social crackdowns, draconian laws or press forward totally “whacked out” political agendas, putting forward one idea but keeping another “stealth” agenda in reserve.

Thus, one can support independent schools, oppose gay marriage and abortion but politically be forwarding an platform of race hatred, totalitarianism, endless war and feudal oppression.  Control of information has made lying a high art.

Americans live in fear.  The mail box could contain anything, foreclosure, utility turn-off notices, lawsuits, fines, letters filled with anthrax or, worse and more predictable, the endless stream of bills and taxes that enslave all of us. Your door bell rings.  Is it a process server, homeland security, an armed mob there to kill you for money to buy drugs, murder you for your race or political beliefs?

The average American receives 20 emails today, prostitution scams are the most prolific, government agencies offering child pornography or endless business deals designed to cost you what few assets you have.

If we can define good people using the models we have from our 3 primary religions, Christianity, Judaism and Islam, the models of love, humanity, forgiveness and righteousness, we are faced with an interesting dilemma.  Though millions of Americans consider themselves righteous and even “godly,” most religious organizations are aligned politically.  In doing so, they assume the values, the prejudices of the organizations they have gone to in order to seek temporal power.

Thus, they seek that kingdom of this earth and, in doing so, become, in themselves parasitic, preying on those they are sworn to serve, to protect and often even, those they should exhalt.  Victimizing the least of god’s children, for some, for many, for too many, find foundation in scripture, books written in obscurity many centuries ago, translated, edited, twisted and “interpreted” into something unrecognizable.

All alive today will be dead in the ground before the dead sea scrolls, found decades ago, are “translated”and made public.  Its hard to find Jesus’s views on killing homosexuals or creating new crop diseases?  How would Jesus feel about Fukajima?  If he came back, would the Jews still hate him?

Did he come back?  Is he is prison now?  Guantanimo?

Did anyone ever consider that Jesus might not give a damn about Israel or Palestine?  Why would he? There is a whole world out there.

Wasn’t there a whole world out there then?  Is Jesus, Abraham, Moses, all of it, simply ethnocentric cultural crap, leftover drivel from “flat earth” types repackaged with a bit of TV drama, Greco-Roman idolatry and a touch of Zoroastrianism?

Its about “them,” the “bad people,” the people that the “good people” kill, sell into slavery, exploit, make into soap and lampshades, drop white phosphorous on.

Or is it that few of us think more than an inch past the end of our noses?