Home World Killing Goyim and Beyond 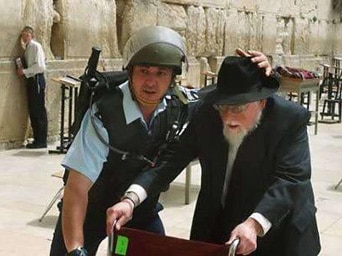 Israeli Police is now arresting leading Rabbis for endorsing and supporting ‘Torat Hamelech’ (The King’s Torah), the Jewish religious book that justifies the killing of Gentiles.

Rabbi Yaakov Yosef, son of Shas spiritual leader Ovadia Yosef, was questioned Sunday morning on suspicion of incitement to racism and violence following his endorsement of the religious tract which preaches Goy hatred.

Kiryat Harav’s Chief Rabbi Dov Lior was also detained a few days ago for his endorsement of the same racist text.

The arrest of the Rabbis  sparked violent protest across Israel. It also raised harsh criticism against the police and state prosecution by right-wing elements.

I guess that one may be puzzled by the whole saga and wonder how come the Jewish State, a state that legally discriminates people on racial grounds, a state that institutionally abuses its non-Jewish population, an entity that terrorises and starves the indigenous people of the land and often enough kills them en masse, is so concerned with a few Rabbis who endorse the Halacha interpretations that actually justify such lethal barbarian policies and practices.

The answer is pretty interesting. Zionism was initially an attempt to erect a Jewish civil society- a Jewish homeland where Jews could be subject to newly formed Jewish civil law instead of religious law.  As much as this idea appealed to some assimilated Jews at the time and a few new Israelis later, Rabbinical Judaism has never approved of the revolutionary innovative move. In fact, Rabbinical Judaism defies the notion of Jewish civil law.  For Israeli Rabbis, it is clear beyond doubt that if Israel defines itself as the Jewish state, it better be driven legally and spiritually by Halacha Laws. 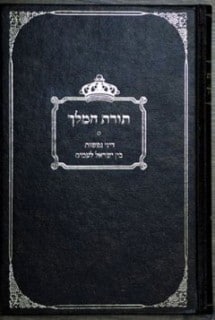 The current debate in Israel is not new. It is as old as the Jewish State, yet there is an intellectually intriguing element in that ideological battle. Following the last Rabbi arrest, Prime Minister Benjamin Netanyahu, issued a statement backing the law-enforcement system. However, Netanyahu is not exactly a leading humanist dove. It is his government that keeps Gaza in a brutal siege and other Palestinians in open air prisons. It was his Government which unleashed Israeli Commandos to commit their deadly crime against the human aid flotilla in high seas last year. Netanyahu’s hands are soaking with the blood of innocent Goyim. On the face of it, there is an apparent continuum between the Halacha anti Gentile teaching and Israeli murderous policies and practices.

So here is the question, how come Netanyahu’s government arrests Rabbis who preach for lethal acts which Israeli Government happens to perform ? The answer may be devastatingly simple. Those Rabbis are arrested in Israel because they actually support the accusation that Goyim killing may be inherent to the Jewish Halacha law (or at least inherent to some interpretations of the Halacha). While Israel insists to present itself as a peace seeking nation arguing that the killing of Palestinians is no more than unfortunate incidents, by endorsing ‘Torat Hamelech’ some Rabbis actually confirm that killing non- Jews is justified as far as Judaism is concerned.