All three main political parties will today unite against the man they have spent decades wooing in an unprecedented attack on Rupert Murdoch and his business empire. The party leaders will order their MPs to vote for a motion calling for Mr Murdoch to abandon his takeover bid for BSkyB in the wake of the hacking scandal.

The show of unity came after a dramatic intervention by David Cameron. He made the decision after realising he could lose the vote in the House of Commons in the face of opposition from Labour and the Liberal Democrats. The mood in Downing Street was said to be “grim” yesterday.

The motion – which is now certain to be passed by an overwhelming majority – significantly increases the pressure on News Corp to abandon its bid for BSkyB entirely, amid still growing allegations of widespread corporate misgovernance at its UK subsidiary News International.

BSkyB shares fell a further 3 per cent on the news as the City concluded that the weight of public opinion now makes a deal almost impossible. In a day of developments:

It is understood that Mr Cameron will today announce the creation of a single judge-led inquiry to deal both with the failure of the police to investigate the hacking allegations fully and the wider issues of press ethics. It will have the power to call witnesses on oath. The Prime Minister is also expected to name the judge who will head the inquiry.

Ministers said tonight’s Commons vote would not be legally binding because it was directed at Rupert Murdoch rather than the Government. But privately ministers said the takeover would be “politically dead”. 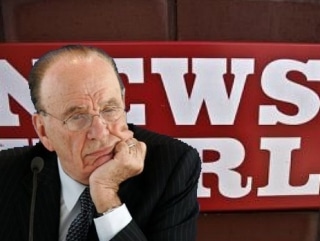 One government insider said the only way News Corp could possibly buy 100 per cent of BSkyB after tonight’s vote would be to sell off his three remaining NI papers – The Sun, The Times and The Sunday Times. “That would be a game-changer,” he said.

The Tories’ decision to back the motion is a coup for Ed Miliband who has been calling for the bid to be abandoned since last week. But the Liberal Democrats claimed they had forced Mr Cameron’s hand by making clear they would vote with Labour.

In New York, News Corp’s board is coming under pressure to lance the boil in the UK, so the company can concentrate on the parts of the business that have the most growth potential, particularly cable television in the US.

In an attempt to see off concerns from shareholders Mr Murdoch announced plans to divert $5bn from News Corp’s profits to shore up its share price. The company said it would spend the money over the next 12 months buying back its own shares, something that reduces the chance of a share price slump. By doing so, Mr Murdoch calculates that he can keep investors sweet while he considers how to prevent the scandal at his UK newspapers from infecting the rest of the $45bn empire.

Mr Murdoch knows that if he fails to act, shareholders could conclude that it is the mogul himself, and family control of the business, that is holding their investment back. Already, he and his fellow directors are the subject of a lawsuit from rebel shareholders saying that they have put the family’s interests above those of outside investors.

His gamble appeared to be paying off, as News Corp shares stabilised and several leading shareholders came out in support of the Murdochs. Saudi Prince Alwaleed bin Talal – News Corp’s biggest investor after the Murdoch family – gave a series of interviews saying the closure of News of the World was sufficient to draw a line under the scandal, and News Corp itself remained a powerful company. “News is a lot bigger than a newspaper,” he said.

But there were signs yesterday that News Corp’s problems in the UK could affect other parts of the business. In evidence to MPs, two senior police officers accused the company of deliberately covering up evidence of widespread phone hacking. At the time News International was being run by Les Hinton – a confidant of Mr Murdoch for decades who now runs Dow Jones in the US. He is likely to be compelled to give evidence at the public inquiry about whether he authorised the misleading evidence to police officers that was given by the company.

s a profession, meeting planning has reached a new stage of maturity. In part because senior executives like yourself increasingly recognize the strategic role that meetings play L in advancing businesses toward achieving their goals, the job of professional meeting planners is changing pro found Iy. Today more than even those who plan meetings are involved in executive-level discussions and decision-making. As a result, meeting planners find themselves in a position to have greater influence within organizations where they work.

Together with the growing complexities inherent in the planning process, these forces are compelling planners to bring an even higher degree of professionalism to their work. A clear reflection of this trend is the growing importance and relevance of formal education and professional certification programs. adultlearningtheory.net adult learning theory

There can be no doubt that it is to your firm’s advantage to encourage individuals on your staff who plan meetings to seek certification from one of the industry’s professional associations. Here’s why:

* In the process of meeting the comprehensive and rigorous requirements that go into earning certifications, even the most capable planners sharpen their skills and acquire new knowledge, thereby increasing their value to your firm.

* Planners who are credentialed demonstrate their commitment to their professional development and, by extension, to executing their duties with the greatest proficiency. see here adult learning theory

Planners themselves report that certification gives them an edge when appi/ing for jobs and promotions, enhances their credibility and earns them the respect of hotel managers, vendors and colleagues.

Traditionally it has been the norm for individuals to begin their careers in meeting planning informally, that is as secretaries or administrative assistants whose duties extend to setting up small meetings. But there’s another route that reflects changes in the profession – formal education. A few colleges and universities offer courses and/or certification and degree programs in meetings and event planning.The coursework in such programs covers areas such as: program design, on-site management vendor relations, budgeting, contract issues, site selection, risk management, marketing and adult learning theory.

While man/ planners have achieved tremendous proficiency through on-the-job training, given the increasing demands of the job it is understandable that more and more individuals enter the field only after completing relevant coursework or, once in the field, pursue certifications and continuing education. After all, planning meetings requires skill in everything from contract law to cost accounting, program production, budgeting, logistics management and supplier relations. It also demands that planners have the know-how and wherewithal to stay abreast of fast-moving trends. And it requires a keen understanding of business strategy and objectives.

One of the planning profession’s most widely recognized achievement is the Certified Meeting Professional (CMP) credential, which is awarded by the Convention Industry Council,This certification focuses on the nuts and bolts of planning while others, notably the Global Certification in Meeting Management (CMM), awarded by Meeting Professionals International, focuses more on the strategic aspects of the planning role.