Home Government Know the Truth, and the Truth Shall Set You Free 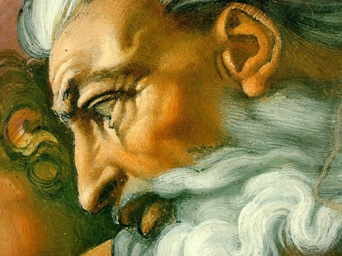 “If  Ye Were Abraham’s Children, Ye Would Do The Works of Abraham”

Beneath the Spin *  Eric L. Wattree

Every since I wrote the column “Crabs in a Barrel,” the gross hypocrisy of South Carolina State Senator, Rev. Darrell Jackson, has lingered with me. In that column I describe how the Black, South Carolina State Senator, who was also the pastor of the 10,000 member, “Family Way Bible Life Center Church,” came out against Senator Barack Obama afer selling his support to Senator Hillary Clinton for $10,000 a month–a dollar amount that corresponded exactly with the number of members he had in his church. Now, as I drive through the Black community and see the magnificent “houses of God” towering over the community in the midst of poverty, social need, and in some cases, squalor all around them, I can’t help but wonder how many of them are really doing God’s work.

When I look at those resplendent edifices, it takes me back to a little storefront church on a 108th and Juniper in Watts, where my grandmother first sent me for religious instruction–she was ill at the time, so she couldn’t take me to “the big church” in which she was a member.

I’ll never forget that little storefront church. It stood down the street and in the shadow of a huge and elaborately appointed Catholic church, seemingly, almost as an afterthought. It was so small and had so few members that the thought of attracting a true “ordained man of God” was out of the question, so we had to settle for a little, unassuming man that we used to refer to as Elder Hampton. That little church was the closest thing to worshiping in someone’s living room as you could get, but to this day, whenever I begin to lose faith in the basic goodness of my fellow man, or even remotely begin to contemplate God, I think of that little storefront church.

If I’d remained at that church, I don’t know what I would have been doing today. My young instincts led me to become so close to Elder Hampton that I might have even become a preacher. He used to take me with him to visit the old, the poor, and the sickly in the neighbor. Black, Mexican, young, old, Baptist or Catholic, he didn’t care what a person was—if they were sick or in need, they were all a part of his flock.

Looking back on it, I don’t know where he found the resources. He certainly didn’t get it from our little collection plate—we were so poor and so few in number he couldn’t have gotten more than ten dollars a Sunday out of us, max. But in spite of that, he was no Sunday preacher. He was a full-time man of God–if you were sick or in need, you could count on him seven days a week. But after my grandmother had an operation and finally got over her illness, they took me to the “big church,” and I never saw Elder Hampton again, but his influence has remained constant in my life to this day—in fact, though I must admit that I’m rarely found in church these days, it is his lingering influence that’s led me to write this article, and everything else that I write.

The first time I went to the big church I was completely overwhelmed with the opulence of it all. Shortly before I arrived, the church had just imported in a new fireball of an ordained minister, direct from Dallas, Texas. He was nothing like the quiet and humble Elder Hampton. He had a big booming voice, wore shinny Florsheims, expensive suits, and a sense of importance just oozed from every pore of his body. When this man walked into a room it sucked all the oxygen out of the place–you just knew you were in the presence of someone significant.

And God must have loved this magnificent church the minister headed–the choir alone in this ornate house of God was larger by a factor of three than the entire membership of the little church I’d grown accustomed to, and the choir pit was twice as large as the room where we held Sunday school. The parking lot of the church was filled with big, expensive cars, and a limousine was often parked next to the front entrance. In addition, City Councilmen and other politicians were counted among its membership, and a well known entertainer was the church organist. In a church like this you didn’t have to wait to get to heaven–every Sunday you were right there. The only problem was, after services you had to return to reality, which was more often than not, a life of pure hell.

I’ve often wondered what Elder Hampton would have done with all of those resources. But I couldn’t imagine Elder Hampton heading a magnificent place like this. Since he wasn’t ordained, he never would have even been considered to head a place like this in the first place. I don’t care how Godly you were, stature took precedence there–if Moses wanted to head the church, they’d want to inspect his credentials. But even if Elder Hampton would have been ordained, he was much too humble a man to be embraced by the high-powered people in this membership. With his quiet, unassuming demeanor, even as a member, he would have been a back-bencher—politely tolerated, but scarcely noticed.

And further, Elder Hampton wouldn’t begin to know how to manage the resources of a huge church like that. While he was definitely a man of God, he wasn’t practical man. He probably would have squander all the church’s resources on the no-account sinners in the surrounding community.

He was too impractical. He probably would have setup a soup kitchen and built a dormitory to house the homeless at night, and hired unemployed mothers to start a low-cost daycare center on the church grounds during the day. Then it wouldn’t be no time before he’d dig up the church’s beautiful grounds, trying to put up basketball courts and a recreation building to draw young people off the streets after school. And of course, between the kids during the day, the teenagers in the early evening, and the homeless at night, it would cost the church a fortune just to keep up the grounds and repair damages to the building.

Much of the congregation would have been in an uproar over the chaos he’d create. And it would go far beyond simply chaos. He would have long since lost most of the influential politicians. Every Sunday he’d be hounding them at church, and calling them at home during the week, trying to get them to create Empowerment Zones, and Special Need Zones to establish low-cost loans to help the surrounding neighbors to purchase and fix-up the houses they were living in. It’s no wonder he’d drive the politicians out of the church. How would he expect these busy men to worship God in peace with him buzzing around like a gadfly trying to get them to help the poor?

No, Elder Hampton’s heart was in the right place, but he’d have been much too impractical to run a big church like that. He was a God loving man, but he lacked common sense. He thought when God said Love thy neighbor, he meant it. What a fool.