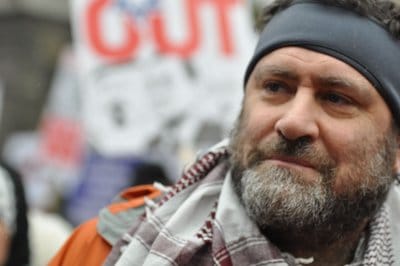 Thanks to respected anti-Zionist Jeff Blankfort (who provided me with a crucial link) I have now learned that, just one day before last Friday’s Massacre in Norway, former Trotsky-ite turned neo-con David Horowitz carried an article by Joseph Klein in his Front Page magazine, entitled “The Quislings of Norway,” which might as well have provided mass murderer Anders Behring Breivik with all the motivation he needed to commit his crime.

You are advised to read the article in full here

Here are some of the ‘pearls’ produced by the pro-war Jewish rightwing magazine, just a few hours before Behring Breivik picked up his guns and launched into his lethal journey:

“The infamous Norwegian Vidkun Quisling, who assisted Nazi Germany as it conquered his own country, must be applauding in his grave…In the latest example of Norwegian collaboration with the enemies of the Jews, Norwegian Foreign Minister Jonas Gahr Stoere declared during a press conference this week, alongside Palestinian President Mahmoud Abbas, that “Norway believes it is perfectly legitimate for the Palestinian president to turn to the United Nations” to seek recognition of an independent Palestinian state.”

“During the Nazi occupation of Norway, nearly all Jews were either deported to death camps or fled to Sweden and beyond. Today, Norway is effectively under the occupation of anti-Semitic leftists and radical Muslims, and appears willing to help enable the destruction of the Jewish state of Israel.”

“Norway’s Labor Party lawmaker Anders Mathisen has gone even further and publicly denied the Holocaust. He said that Jews “exaggerated their stories” and “there is no evidence the gas chambers and or mass graves existed.” While the Norwegian political establishment and opinion-maker elite may not have reached that point of lunacy just yet, they do tend to treat Muslims as the victims of Israeli oppression – as if today’s Muslims are filling the shoes of the Jewish victims of the Holocaust and today’s Nazis are the Israelis.”

“Socialist leader Kristin Halvorsen has been leading the boycott Israel campaign. While serving as Norway’s finance minister, she was amongst the demonstrators at an anti-Israel protest, in which a poster read (translated): “The greatest axis of evil: USA and Israel.” Among the slogans repeatedly shouted at the demonstration was (as translated) “Death to the Jews!”

“Last year, the Norwegian government decided to divest from two Israeli entities working in the West Bank. Norway’s sovereign wealth fund divested from the Israeli company Elbit, because it has worked on the Israeli security fence that keeps out Palestinian suicide bombers. Israel has also been blocked from bidding for Norwegian defense contracts.”

“Part of the motivation for this anti-Semitism is the influx into Norway in recent decades of masses of Muslims from Pakistan, Iraq, Somalia and elsewhere. Multiculturalism has taught Norway’s cultural elite to take an uncritical, even obsequious, posture toward every aspect of Muslim culture and belief. When Muslim leaders rant against Israel and the Jews, the reflexive response of the multiculturalist elite is to join them in their rantings. This is called solidarity.”

The truth of the matter is surely clear by now : it is Jewish right wing pro-war platforms such as FrontPage Magazine, Daniel Pipes, Harry’s Place and others  following their example, that consciously, openly , deviously and divisively cultivate a prevalent culture of hate and Islamophobia.

Was Behring Breivik a follower of FrontPage Magazine or the equally inciting and hateful Harry’s Place?  We cannot know for sure yet — but hopefully we will find out soon.

However, the message should be urgent and clear to all of us: police, intelligence and home security services around the world must surely investigate, and clampdown on these hate inspiring outlets, immediately. Their motivations, aims and activities must be brought under scrutiny and questioned. For the sake of peace and our general safety, law makers in Europe and America had better quickly put into place the necessary measures to restrain the activity of these Zionist warmongers in our midst.