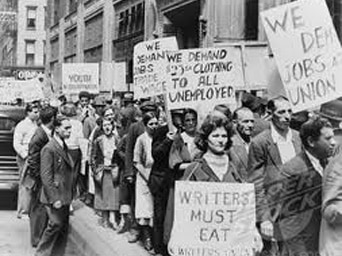 I don’t mind negative feedback and like all who write a column welcome positive feedback, but no writer would ever be worth a thing if he/she were to write columns just to please a particular audience. I enjoy writing for VT, because there are quality writers who have passion in their beliefs. Do I believe their articles are always correct, reasonably balanced with validating facts, and should go unchallenged? No way.

I also believe those who read VT are passionate about what they think and that they are just and right and I will never belittle their position, but I will challenge those positions as many have found out from my written replies to your comments. This is what makes our country so unique. Were I still in Eastern Europe, most of what has flowed through the pages of VT and the comments back and forth may not have been so “okay”. We might have been shut down. That said challenges for columnists is to write about a subject in about 1100 words or less and hope the point gets across.

I am going to try to further clarify my position from Monday with a few examples, because I believe it is important to understand that divided government is not bad for America. Our system was established by those much smarter than any of us. Early settlers of America left tyrannical governments, which allowed only “restricted freedoms” and sought new lives with complete freedom, which can only be achieved when people are responsible and self-reliant. To get out from under English rule the colonist decided, after a decade of debate, to form a government unlike anything ever witnessed before.

What we ended up with has lasted for nearly two and a half centuries and has become a nation like no other. Most of that has to do with the way they framed the Constitution and the unique system of checks and balances which have prevented the chaos many would expect when looking at other nations and governments. We are not a democracy despite what many claim. Democracy is not all that it’s cracked up to be, which is rule by a majority vote of the participants. In a democracy 51% of the participants could vote to kill all red-headed children, vote against allowing women to vote, allow slavery of all left-handed people, and so forth. Is that something in which we would want to participate?

Instead, we are a representative republic built on a system of checks and balances that poses the best protection of all the citizens. To pass a law, it takes a majority vote from both the House of Representatives and the Senate, but then must be ratified by the President. If the President doesn’t like the law, he can veto it, but if those in Congress think the legislation is important enough, they can override the President’s veto and it automatically becomes law. That’s not the end of it however, because we civilians have the right to judicial review by the Supreme Court to insure the law is within the guidelines establish by our Constitution: a remarkable document, originally transcribed over a period of 116 days by Jacob Shallus, assistance clerk of the Pennsylvania Assembly. The document contained just 4543 words!

The India Constitution by comparison includes 117, 447 words and the proposed constitution of the European Union is 156,477. Such simplicity is amazing and even with years of trial and error, it is still the strongest constitution in the world. Presidents, Congress, adversarial foes of all kinds have tried to alter and/or bypass this great document, but it stands today, and makes people want to wait in line to get into America just for the freedom of opportunity it affords those inside our borders.

That being said, let’s look at our two-party approach to selecting those running for office. One of our strengths as a nation is the “balance” offered in dealing with two-parties and three chambers government. The Congress is made up of the Senate with six year terms giving rise to each state having two representatives that  protect the states’ interest, and The House to provide protection for local interests based on representing “districts” (House members serve two-year terms). The President leads the nation and basically coordinates what Congress does. Lastly the Supreme Court makes sure all rights are protected. It is interesting to note our Founding Fathers did everything to protect us against obtrusive government, yet look where we are today.

House members were to be part-time politicians…serve and go home. The Senate, serving six-year terms, would be the continuity mechanism to insure stability. Hasn’t worked out that way because we now have life-long politicians which ingratiate themselves in power and power corrupts (Term limits are an answer to that situation). We have checks and balances, and when one party gets total control we have no brakes to the system whether Republican or Democrat. Over the last 2+ centuries I can’t seem to find where one-party rule (Republican or Democrat) significantly benefited the country.

There’s a great chart which maps out the control of government going back to 1867 (Click HERE ). Check it out yourself and see calamity in one-party rule. Here’s some of the facts…Republicans had full control under Bush for 6 of his 8 years in office, while Democrats have run the show in the first 1/2 of this Obama administration, both have polarized Americans, and have put us on the road to bankruptcy. Republican Hoover was a catastrophe when he had total control, ignoring what was going on in Europe that eventually got us into the First World War. Calvin Coolidge (Republican) preceded Hoover and was by historian accounts, clueless in international and even most domestic affairs. It is said his laissez faire policies lead to the stock market crash of 1929.

At arguably one of the worse domestic periods in US history, Carter, a Democrat, with full support from Congress, had a very unsuccessful administration, creating 20% interest rates, and those memorable gas lines. Lyndon Johnson, also a Democrat, started us down the road to the “Great Society” costing billions of dollars in social experiments, with little or no success and put an end to personal responsibility of the citizenry.

Ulysses Grant (Republican) is said to have orchestrated one of the most corrupt administrations, and Clinton (Democrat) one of the most dishonest; most of it from one-party rule, yet when the government became split under Clinton the economy got back on track and things smoothed out. Teddy Roosevelt, another Republican, tried to pack the Supreme Court with extra judges more friendly to his way of thinking. Theodore Roosevelt (Democrat), presided over the Great Depression and despite nationalizing everything he could to create jobs, was unable to lower unemployment significantly over a decade until the start of WWII. Historians rate Roosevelt’s tactics as “imperialistic”, with a rubber-stamp from a total Democrat Congress, but his hand was steady in guiding the US through the War, even though his early leadership will always be questioned about having our military at such a low level of preparedness.

Every administration has its ups and downs, but if you go back through history, the smoothest times were when government was divided, and the most financially turbulent and costly were with one-party rule.