Home Government The Coming of the Great American Reform Revolution 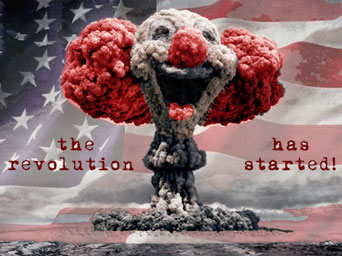 As Wall Street slides into the abyss this week vis-a-vie the Standard and Poors credit rating decline, some still think it’s some sort of blip including the noble and myopic President of the United States of America who continues to say “The USA is a AAA country”.   It’s not and has not been since 9/11. But he knows that. But the forces at work on him and we are just too powerful.

Like an alcoholic,  our own crusties do not get that by not admitting the problem, that is the problem.   Yet our youth know we have a major problem.  Think about it.

10 Years of Lies and Decline

In watching the mainstream news, the US media still refuses to recognize that we’ve been robbed and thus the American people remain dazed and confused.   The question is “who robbed us” and “what now?”.

NOBODY APPROVES AND NOBODY IS LISTENING

Well, according to polls, Americans disapprove of the US Congress by 86%.   This is the lowest approval rating that I can remember.   But yet, the people in Congress simply don’t care and why should they?  They don’t care what the people think or do.  They know we, the people, are being farmed by the global elite and that our vote does NOT mean a darn thing.

So whether we “vote” this one in or that one out, the results stay the same.   In other words, our opinion or “vote” as a citizen is quaint and fun for coffee talk but it does NOT matter.

What’s going on is the systematic decline of the USA by those that want it so.   They are mining the USA and will leave it in tatters as they go to eat at the next nation’s trough.  The lines of nations matter not to those with the control buttons.   Many of these globalists parade themselves around with American flags just to give us the impression that they stand with us but they don’t.  It’s just a dirty pitch and the USA citizenry has been buying from this boiler room operation for years.

Now, what can we do about it? 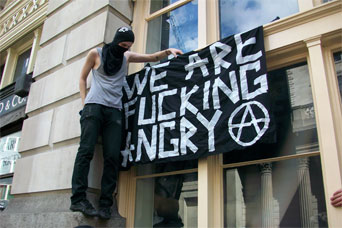 It’s clear our system is faulty and is causing us great harm.  It is rigged and no longer serves the people.   Simple stuff like “public finance of elections” and NO donations acceptable will help.

Better, no more lobbyists!  Make lobbying illegal so that the will of the people is expressed through their representative directly and not beaten up by lobbyist money.

And how’s about direct elections?  No more electoral college.  How stupid is that idea in our age?  With today’s technology, there is now an ability to have true democracy and not this fake one we pretend we have.  Hey, if American Idol can vote online and via smartphones, so can we the people.

Personally and with most people I know, we are rooting for the complete and utter success of the USA.   When the USA is successful so many win.   But our old crusties live in the past and they can’t do the job.  They live in a stuck-in-the-mud mental bubble.   They gotta go!  Our youth know the reality and they are not buying.  They want a future.  Are they our only hope?

Well If you want to place your bet on who wins the battle here’s a hint; don’t bet on the past!