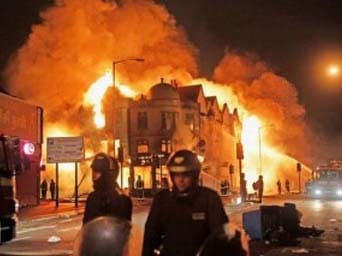 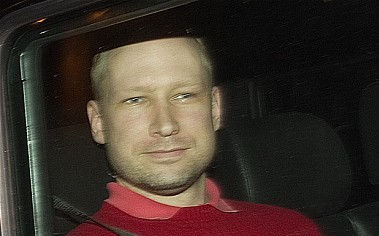 SAFE, AMONG HIS FRIENDS, HIS FELLOW LODGE MEMBERS

The Norway killings, more and more fully complicit police terrorism, Freemasons, Israeli agents, carefully timed slaughter, has gone silent.  The other suspects, gone from the planet, disappeared, no names, just stories of arrests, even films of the suspects homes, but now as though it had never happened.

A cascade.  Murder of a SEAL team in Afghanistan, one more stage in the 9/11 coverup, cleansing the American military of the witnesses to the phony bin Laden theatre.

Riots now in Britain, increasingly seeming staged by government agent provacateurs, we are told timed to bury questions about the Iraq inqury coverup.

Then there was the Murdoch story, top government counter-terrorism officials quit, should have been arrested, waterboarded, should have brought down the entire government but, instead, a “pie thrower” gets 6 weeks in jail.

All we have today for you is one simple video from CNN, suppressed, forgotten, but seeded with just enough to take it all down.

This simple story of a simple man, not heroism but humanity.  Remember this quote:

“One girl started crying.  He tried to keep her from causing others to panic. ‘We
have to have an agreement,’ he told his passengers. ‘We should keep quiet until
we get out of here.'”

On a day with NO available helicopters in Norway, they were seen scurrying overhead, all available to the police who conveniently avoided them.

On a day when locals found boats to rescue the children, police could find none, not for hours.  But the helicopters did exist, there were three landing zones on the small island and nothing ever touched down.  In fact, look for films of the hunt and capture, they don’t exist either.  Berwick/Breivik wasn’t captured, he was extracted.

Then again, we have reliable reports that, when the police finally came ashore, they called out, “Brevick, where are you, are you there?”

They were looking for him.  He put down his weapon carefully, no barrage of gunfire as would have happened anywhere else on earth, and Brevick, aslo known as Andy Berwick, quietly went with those who appeared to be his friend.

They had helped him get his weapons permit, were supposedly doing “surveillance” on him because of terror and weapons “questions,” his fellow lodge brothers, his fellow Freemasons.

The Norwegian police, almost to a man, are Freemasons.

The bomb is now forgotten, not a car bomb in a square but something equal to an entire rail car of TNT…no fertilizer residue, no forensic evidence of a fertilizer bomb. The police made the whole thing up.

Where is the trail leading?  Before everything went black, Berwick’s claimed associates, now proven very real…many were arrested, perhaps released.

There was one more killing in Oslo and arrests but no prisoners while others fled to Britain and Sweden and Denmark, fled or simply went back to work.

Similarly, defending Berwick/Brevick,  CNN and Fox said the killings wouldn’t have been “necessary” had Muslims “stayed home.” The theatricality of the British riots came to mind in this comment from a source there, when I voiced my own suspicions:

“I was triggered into thinking along these lines by a comment made by a woman at the checkout in the local supermarket today.
She said it seemed odd the way that David Cameron was on holiday overseas at the time and had to be seen to be having to be rushed back to be take control.”

A nation exposed to the core as totally corrupted, foreign controlled, levels of espionage a hundred times that of the “Cambridge Spies,” now reveling in a sea of fire and dark faces stealing TV sets and watermelons, circa Detroit 1967.  Staged?

Israel, the nation of democracy and plenty is now in collapse.  A flood of American money will come in, buy off the demonstrators, more Palestinian land will be stolen to build them homes.

Nothing will be reported, nothing said, nothing done, the apartheid police state of Israel is the great center of world deception and population intimidation.  They will handle it, don’t worry about them one bit.

For those who follow such things, the Federal Reserve dragged the market, very temporarily, out of total disaster by promising to suppress interest rates, despite market necessity, for 2 years.

This, of course, makes US Treasury securities even more worthless than they already were, though it helps underwrite our ability to collapse more slowly without questions of revenue.

Spending is fine as long as it is investing.  When you spend and don’t raise revenue, we call such things “taxes,” you go bankrupt.  When one group spends, the rich and powerful, based on revenue they have stolen, not earned, this is fraud.

America’s rich and powerful, 90% of them, are simply the real expression of the “welfare Cadillac” myth of the past.  They build nothing, they do no work, they invest nothing, they simply spend and lose and waste and steal.

Start asking where money comes from, how people get it.  If a drug dealer moves next door, you get suspicious.

What if your neighbor is from Prudential or AIG or General Dynamics?  Do you look at them the same?  You should, they are even more dangerous to your family, to your children.

Not only should we tax them out of existence, we should go further.  We should jail the lot.  They are a cancer.

The next ‘non story’ to be ‘not watched’ will be the coverup trial of Mossad patsy Abdul Mutallab, the Detroit “Crotch Bomber.”  From the Detroit Free Press:

The federal government won the right Tuesday to withhold certain classified information from the man charged with trying to blow up a Detroit-bound airliner in late 2009 with a bomb in his underwear.

U.S. District Judge Nancy Edmunds granted the prosecution’s request for an order that seeks to protect the information from unnecessary disclosure in the criminal trial of Umar Farouk Abdulmutallab.

Where does one start?  How does a known terrorist, stinking of body odour, no ticket, no passport, no visa, get through the world’s tightest airport, one I know very well?

How did he get by their Israeli installed ultra-high resolution video system, never being found by their facial recogition system, never having been prescreened by the very efficient security screeners that check every passenger twice before entering a plane?

They are verifying passports and visas, questioning them about their luggage, their ticket, their business in the US, about where they traveled from, about who packed their bags and then subjecting them to a full body search.

This is standard procedure in Schipol Airport, done with efficency, done with courtesy but not done if the security company running the airport excorts you around the system as witnessed, witnesses who will never see the Detroit courtroom.

Last time through Shipol, I had to run for a plane, the exact same Amsterdam to Detroit flight the Crotch Bomber was on.  I have taken it a dozen times.  I know most of the security people there, I can describe every inch of it.  It is twice the security, just getting on the plane itself, than I went through on the US side.

Sometimes stories fall into my lap, like the recent Navy SEAL killing, stories where I know so many involved and know how outlandish the lies are. This one, caught clear as day, an Israeli intelligence operation carefully timed to sell $2 billion dollars of defective airport scanners that later turned out to produce radioactivity levels 100 times that claimed.

Again, we are full circle, back to Norway and the dead children that “never happened.”

The prosecution said it wants to block Abdulmutallab — who is representing himself — from asking about certain subjects during the cross-examination of government witnesses.