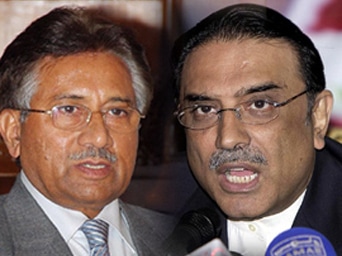 The US and its three strategic allies Israel, Britain and India, the champions of terrorism, made terrorism as an excuse to vandalize Muslims and to defame Islam. The clever band backed by Zionists projected terrorism as the most horrifying thing this world had ever seen and the biggest threat to world peace and security. The specter of terrorism was created through stage managed terrorist attacks in New York on 9/11 in which about 3000 people died. The Jewish controlled media spun into action to frighten and convince the world that without undertaking a crusade against Islam inspired terrorism, there will be no peace. The media kept churning horror stories in which Muslims were described as the demons and kept the world scared and glued towards the exploits of US led counter terror forces.

The master planners took cover behind the façade of liberating the Muslims from the clutches of tyrants who till then were their blue eyed boys and had helped USA in promoting its brand of imperialism in the third world. They kept humming about establishment of true democracy in the Middle East and in Afghanistan from behind the foliage of deceit, lies and duplicity to hide their crimes and to continue with their excesses.

Eager to steal the resources of Muslim world, the headstrong and heartless rulers of powerful countries egged on by defence, oil and construction corporations remained fixated with the concept that shock and awe alone would subdue all their opponents. They were sure that whatever expenditure incurred on fighting global terrorism would be recovered from the occupied countries. Afghanistan and Iraq were thoroughly destroyed to allow its construction companies to rebuild from the resources of ruined countries. They got so puffed up with apparent successes in Afghanistan and Iraq that no amount of reasoning and logic propounded by saner elements to put an end to madness could bring them back to their senses.

The aggressors mocked at those who cautioned them that insurrectional war have a history of humbling big powers and that their fate would be no different. They drew satisfaction from the self perceived thought that this time the top brains and power centers of the world with rich experience of tackling with Muslim insurgencies and freedom struggles were collectively battling the insurgents. In their calculation they had abundant resources and had catered for all possible eventualities and were in a comfortable position to change the history by proving that Afghans are conquerable. They worked on the strategy of isolating, dividing and then crushing their foes in the two theatres of war.

In Afghanistan, Taliban were detached from Pakistan to deprive them of their fallback position, and then pitched against Northern Alliance backed by US-NATO air power. Subsequently the schemers embarked upon a plan to create rift between Taliban and al-Qaeda and make them fight against each other, and also made efforts to divide Taliban to confront moderates with extremists. In Iraq, the planners isolated Iraq within the Arab world and pitched Shias and Kurds against Sunnis. Later, the Sunnis were coaxed and made to fight against al-Qaeda. While CIA and Blackwater helped in fomenting sectarianism, ethnicity, extremism and lawlessness, the media helped them in demonizing the leadership of the targeted countries and in projecting Islam and radical Muslims in poor light. The media also helped in covering the crimes of leading terrorist states by painting wrongful pictures.

After occupying Afghanistan with the help of Pakistan under Gen Musharraf, the US and its allies forcibly pushed terrorism into Pakistan and forced Pakistan to combat terrorism ignoring the fact that it is supposedly a key ally of USA and a non-NATO member. The gang of four kept fuelling terrorism to destabilize Pakistan and in the same breath kept pressing Pakistan to do more to eliminate terrorism. Pakistan has suffered monumental human casualties and incurred astronomical material losses in fighting terrorism but has failed to gratify US leaders. Their purpose is not to eliminate terrorism but to enfeeble Pak Army and Pak economy.

The people of Pakistan had no role in 9/11, and were not privy to Bush-Mush deal, or in several secret deals with Washington to secretly promote US interests. They didn’t draw any benefit from the US aid, foreign investments or IMF loans or increase in foreign exchange reserve. Rather foreign injections had a telling effect upon the economic health of the country the consequences of which were borne by the deprived class only. The ever rising inflation and price spiral, unemployment, load shedding, shortages of fuel and gas, and insecurity have made no impact on the lifestyle of rich class.

For over a decade the forces of USA and NATO are spilling blood of the people of the occupied countries and destroying their homes and hearths. They have been employing series of techniques how to emasculate Pakistan from within so that it is either compelled to voluntarily hand over its nukes in return for aid for survival, or else militarily it is not in a position to defend its nuclear arsenal against its covert and overt efforts to disable the program. Whenever the US notices some signs of reluctance, it starts twisting the arms of NRO cleansed leaders or dangles another bag of dollars. Both methods have helped Washington in making the puppets dance to its tunes.

The top leadership of ruling regime is not in a position to show eyes to Washington since it had been brought to power by USA after buying its loyalties. The US like a ruthless exploiter is fully exploiting this weakness and is not relenting in its demands. The rulers are so infatuated with wealth and power that they have allowed their patron to wreak havoc in Pakistan. It was owing to policy of appeasement and subservience and putting blind faith in US patronage that Pakistan had to suffer the humiliations on 02 and 22 May.

These jolts should have woken up our leaders from their stupor but strangely they are still heavy-eyed and refuse to grasp the enormity of the challenges confronting Pakistan. Well knowing that American officials coming under different disguises are deadly agents and that the US friendship is far deadlier than its enmity, they are still hopeful that they will be able to win back the affections of estranged USA.

In one of my articles in 2008, I had written that disturbed security situation in northwest and in Balochistan are auxiliary efforts of our adversaries meant to prepare ground for main assault in Karachi where the main battle will be fought. My prediction has come true and our economic hub is bleeding profusely. Notwithstanding the perverse role of PPP, MQM and ANP, foreign hand is definitely involved to keep the streets of Karachi drenched in human blood. Having sufficiently bruised the limbs of body of Pakistan, fatal blows are now being delivered on the head. Conditions are being prepared for the employment of Army in aid of civil power. Like North Waziristan, Karachi is another trap set up for the Army to step in and get further diluted and possibly defamed. Our self-centred rulers engulfed in their own fears have belatedly ordered Police-Rangers surgical action to stop the wanton bloodshed. This action may bring temporary calm but the disease will remain uncured.

One wonders what is making President Zardari believe that the US will not betray him even after seeing the fate of Musharraf and so many other blue eyed boys of USA. On what basis does he consider himself to be more special and indispensable to Washington? Rest assured, after Musharraf, it is now Zardari’s turn to get ditched since like Musharraf he has also outlived his utility for the US. His sycophants and beneficiaries will remain loyal to him till he is in power. Before the US gets rid of him he should pre-empt by honoring Supreme Court’s verdicts on NRO and other cases, take a lead in bringing back his wealth from abroad; stop protecting the corrupt and dishonest, put an end to cronyism and restore system of merit, do away with political expediency under the garb of policy of reconciliation, carryout across the board accountability of the wrongdoers and seek forgiveness of Allah in this holy month of Ramadan.

If he takes these steps which are certainly not beyond his capability, he will for sure come under the benign protection of God Almighty and he will not need the so-called patronage of untrustworthy USA. He would also frustrate the designs of his political foes who surely like him to keep treading the destructive path and get perished. Hatred welled up against him will fade away and people of Pakistan will forgive all his sins as they had done in 2008 and he will be looked at with deference by them. Unlike Musharraf, he will not have to go in exile but will live honorably in his own homeland. Given the fact that Pakistan is going through worst crisis, I implore him to come out of his self serving materialistic world and take the plunge for the sake of the country and rest assured he will be remembered with approbation.