Home Life The Flag And The Penis 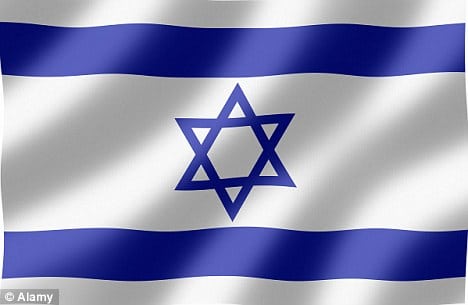 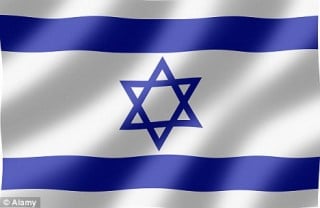 The Daily Mail reported this week that young Paul Donnachie was found to have acted in a racially aggravated manner when he defiled an Israeli flag in a supposed political protest.

“A judge has ruled that a St Andrews University student who defiled an Israeli flag in a supposed political protest was acting in a racially aggravated manner.  Donnachie, 19, put his hands down his trousers before he touched the flag belonging to Jewish exchange student Chanan Reitblat in what he claimed was a ‘political statement’.”

Donnachie will lose his place at St Andrews University with immediate effect.  He is very unhappy with court’s decision.

The pathetic Scottish sheriff, who was booed loudly by pro-Palestine supporters, upheld the complaints, telling Donnachie “I consider this to have been an act of malice against Mr Reitblat for his membership of Israel”.

The judge had also refused defence solicitor Patrick Campbell to allow evidence from academic experts on whether the actions of Donnachie constituted an attack on the Israeli state as opposed to racism.

I am slightly perplexed here. What was the nature of Donnachie’s offence exactly? Was it the fact that Donnachie’s genital was not Jewish enough?  Would it be different  if Donnachie’s penis was circumcised by a Rabbi before the event?  Would the judge react the same in case the Jewish Student Reitblat touched his penis before he touched, let’s say, an Iranian flag? Would it also constitute a ‘racist’ assault? I don’t think so.

The Scottish Judge should know that the Israeli flag is not a Jewish symbol. Zionism promised to transform the Jews into a nation.  The Israeli flag, therefore, is clearly a national symbol.

For many of us, the blue & white flag  stands for horrendous crimes against humanity, genocidal practices, white phosphorus, execution of peace activists in high seas and so on. For more and more people,  Israelis are the Nazis of our time and showing contempt towards their national symbols is legitimate and doesn’t constitute any racial offence.

However, it is not a secret that many Jews around the world, including  exchange student Chanan Reitblat, proactively identify spiritually and politically with  the Israeli flag. This is indeed a problem since the blue & white  flag is a symbol of some grave non-ethical behaviour.  It is absolutely clear therefore that Donnachie’s protest was totally legitimate as long as Donnachie washes often enough and keeps his hygiene intact.

Gilad Atzmon’s New Book: The Wandering Who? A Study Of Jewish Identity Politics

You can now pre-order the book on Amazon.com  or Amazon.co.uk