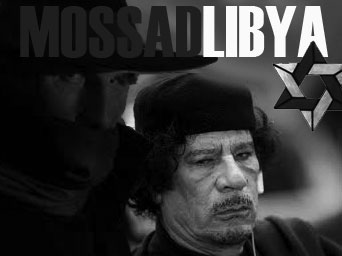 Al Jazeera news producer Jamal Elshayyal recently gained access to the Tripoli headquarter of Libya’s intelligence agency. Among the documents scattered throughout the demolished building were secret files indicating that influential Americans advised Muammar Gaddafi since the beginning of the Libyan uprising. Here is his account of the discovery:

The destruction by NATO airstrikes of Libya’s intelligence headquarters at the heart of Tripoli has transformed the once-feared building into a symbol of how Gaddafi’s regime has been all but toppled.  (Editor’s note:  Requests on the letter below are were supplied directly by Congressman Dennis Kucinich and included on this letter at his request to be submitted to Gaddafi officials as indicated in the video above.)

Guarding the compound are dozens of armed rebel fighters, some of them told me their friends and families went missing as a direct result of “intelligence” gathered by those who worked in the building.

It’s fair to assume that among the rubble and ransacked offices, are some of the darkest, deepest secrets of Gaddafi’s regime. I’m looking for files entitled “Lockerbie” or “IRA”, but the place is a mess.

I’m taken to the office of Abdullah Alsinnousi, head of Libya’s intelligence service and one of the Gaddafi regime’s most notorious and feared strong men.

Scattered on his desk are dozens of documents branded “top secret”, but the rebels accompanying me aren’t keen on me taking anything away. I find a folder titled “Moussa Al Sadr”, who was the founder of the Amal movement, a Shia party in Lebanon, who went missing in Libya over 30 years ago. Within seconds, the folder is taken by my minder who said none of these documents can leave the compound.

In the room adjacent to Sinnousi’s office is a bedroom with an ensuite bathroom kitted with a plush jacuzzi, an indication of the lush lifestyle led by the heads of the former regime. Sprawled on the bed a rebel fighter was taking an afternoon nap. The scene is almost surreal. “Gosh, how times change,” I whispered.

Communication with US officials

I managed to smuggle away some documents, among them some that indicate the Gaddafi regime, despite its constant anti-American rhetoric – maintained direct communications with influential figures in the US.

I found what appeared to be the minutes of a meeting between senior Libyan officials – Abubakr Alzleitny and Mohammed Ahmed Ismail – and David Welch, former assistant secretary of state under George W Bush. Welch was the man who brokered the deal to restore diplomatic relations between the US and Libya in 2008.

Welch now works for Bechtel, a multinational American company with billion-dollar construction deals across the Middle East. The documents record that, on August 2, 2011, David Welch met with Gaddafi’s officials at the Four Seasons Hotel in Cairo, just a few blocks from the US embassy.

During that meeting Welch advised Gaddafi’s team on how to win the propaganda war, suggesting several “confidence-building measures”, according to the documents. The documents appear to indicate that an influential US political personality was advising Gaddafi on how to beat the US and NATO.

“Minutes of this meeting record his advice on how to undermine Libya’s rebel movement, with the potential assistance of foreign intelligence agencies, including Israel.” 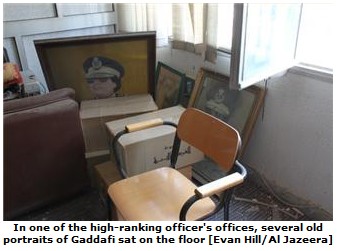 The documents read: “Any information related to al-Qaeda or other terrorist extremist organisations should be found and given to the American administration but only via the intelligence agencies of either Israel, Egypt, Morroco, or Jordan… America will listen to them… It’s better to receive this information as if it originated from those countries…”.

The papers also document Welch advising the Gaddafi’s regime to take advantage of the current unrest in Syria. The documents held this passage: “The importance of taking advantage of the Syrian situation particularly regarding the double-standard policy adopted by Washington… the Syrians were never your friends and you would loose nothing from exploiting the situation there in order to embarrass the West.”

Despite this apparent encouragement to Gaddafi to pursue a propaganda campaign at the expense of Syria, the documents claim Welch attacked Qatar, describing Doha’s actions as “cynical” and an attempt to divert attention from the unrest in Bahrain.

The documents allege that Welch went on to propose the following solution to the crisis which he said many would support in the US administration: “[Gaddafi] should step aside” but “not necessarily relinquish all his powers”.

This advice is a clear contradiction of public demands from the White House that Gaddafi must be removed.

According to the document, as the meeting closed, Welch promised: “To convey everything to the American administration, the congress and other influential figures.”

It appears Welch was not the only prominent American giving help to Gaddafi as NATO and the rebel army were locked in battle with his regime. 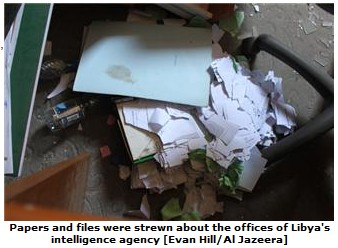 On the floor of the intelligence chief’s office lay an envelope addressed to Gaddafi’s son Saif Al-Islam. Inside, I found what appears to be a summary of a conversation between US congressman Denis Kucinich, who publicly opposed US policy on Libya, and an intermediary for the Libyan leader’s son.

It details a request by the congressman for information he needed to lobby US lawmakers to suspend their support for the Libyan National Transitional Council (NTC) and to put an end to NATO airstrikes.

According to the document, Kucinich wanted evidence of corruption within the NTC and, like Welch, any possible links within rebel ranks to al-Qaeda.

It took six months to topple Gaddafi’s regime, but the colonel did rule for over forty years. During his reign thousands of people went missing, planes were blown up, and billion-dollar deals were struck in the most dubious of circumstances.

Finding out the true story behind all this will take a long time, and even then there are some things that will never be known.

A spokesperson for the US state department said that David Welch is “a private citizen” who was on a “private trip” and that he did not carry “any messages from the US government”. Welch has not responded to Al Jazeera’s requests for comment.

Dennis Kucinich issued a statement to the Atlantic Wire stating: “Al Jazeera found a document written by a Libyan bureaucrat to other Libyan bureaucrats. All it proves is that the Libyans were reading the Washington Post… I can’t help what the Libyans put in their files… Any implication I was doing anything other than trying to bring an end to an unauthorised war is fiction.”

Good Morning Gentlemen.
This is the Congressman you both spoke with. He is going to fight for us but he has
asked us for evidence.
I can bring need whatever we can gather. If it is sensitive I
will carry it, otherwise we can email it.
House to vote next week on ending US involvement in Libyal.Any corrupt (verifiable) acts by the Opposition leaders. Include any personal motives for instance
to make money or gain certain types of power.
2.Any known Al-Qaeda operating in the Opposition.
3 .Any evidence ofatrocities committed by the Rebel soldiers.
4-.Any evidence ofCivilian deaths by NATO.
5 .Any evidence of arms sales to the Opposition in Benghazi or Misrata, including dates, who sold
the weapons, what type and the cost ofthe deals.
6.Any evidence of weapons being smuggled on boats to Misrata, with dates. and type of weapons.
7.Any evidence that the uprising was a planned event prior to February 1’/th. lnclude intercepted
communications, names, dates.
S.Evidence supporting that the Regime has a regular practice of hiring African military in its Pan-
African units and this was not a new (mercenaries) thingjust for the uprising.
9.Communications with the UK and USA prior to the UN bombings to show Regime was
trying to negotiate peacefully.
0.Evidence of cease fires by the Regime or withdrawals of troops. Dates, location, description
(including why cease fire broke down).
l.Evidence that before the uprising started, there were democratic projects under way, for
instance a plan for elections and so forth. This shows that they were already going this way and
aren’t just saying that now.
l2.Evidence that The Leader had already planned to step down before the uprisings. This shows
there was already a transition going on. It also helps him save face for when he does step down
because it will look like that was the plan all along.
l3.A list of tribes and location known to be loyal to Regime, those pledging loyalty to Opposition,
and the remaining ones that have not pledged either way. The population of each group as well,
This shows that the Rebels don’t have the full support of the country.
l4.A list and description (including date and location) of humanitarian efforts by Regime since this
started, or their attempts to aid the civilian population, and any efforts blocked by NATO or the
Rebels.
It will be used for:
A) A lawsuit against
B) Defending Saif in the ICC
C) Publicity to reform the image of Regime.
D) To help negotiation positions