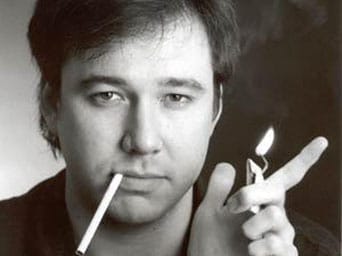 Bill Hicks, was brilliant, prophetic and way ahead of his time. His only drawback in my opinion was his relentless use of the F Word, which made him look like a very angry, ranting, man. It is a pity his life was cut short by cancer.

William Melvin “Bill” Hicks (December 16, 1961 – February 26, 1994) was an American stand-up comedian, social critic, satirist, and musician. His material largely consisted of general discussions about society, religion, politics, philosophy, and personal issues. Hicks’ material was often controversial and steeped in dark comedy. In both his stand-up performances and during interviews, he often criticized consumerism, superficiality, mediocrity, and banality within the media and popular culture, describing them as oppressive tools of the ruling class, meant to “keep people stupid and apathetic.” Read more at his Wiki page

The world is like a ride at an amusement park. It goes up and down and round and round. It has thrills and chills and it’s very brightly coloured and it’s very loud and it’s fun, for a while. Some people have been on the ride for a long time, and they begin to question: Is this real, or is this just a ride? And other people have remembered, and they come back to us, they say, “Hey – don’t worry, don’t be afraid, ever, because, this is just a ride…” But we always kill those good guys who try and tell us that, you ever notice that? And let the demons run amok. Jesus – murdered; Martin Luther King – murdered; Malcolm X – murdered; Gandhi – murdered; John Lennon – murdered; Reagan… wounded. But it doesn’t matter because: It’s just a ride. And we can change it anytime we want. It’s only a choice. No effort, no work, no job, no savings and money. A choice, right now, between fear and love. The eyes of fear want you to put bigger locks on your doors, buy guns, close yourself off. The eyes of love, instead, see all of us as one. Here’s what we can do to change the world, right now, to a better ride. Take all that money that we spend on weapons and defenses each year and instead spend it feeding and clothing and educating the poor of the world, which it would many times over, not one human being excluded, and we could explore space, together, both inner and outer, forever, in peace.