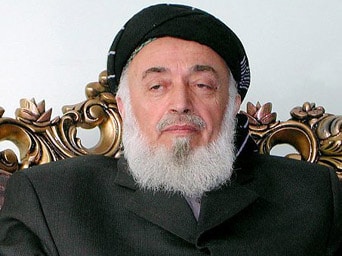 Rabani was heading a peace initiative that aims for reconciliation between the armed movement of the Taliban and the Afghani national government.

Officials added that Rabani had Taliban representatives as guests in his house prior to the attack, but did not add more information.

Rabani was the main opposition leader in the country.

Rabani was reportedly killed by a suicide attacker wearing an exploding turban.

President Obama, who had a previously scheduled meeting with Afghan President Hamid Karzai at the Waldorf Hotel soon after the news broke vowed the “senseless act of violence” would not derail plans to end the war.

“We both believe that despite this incident that we will not be deterred from creating a path whereby Afghans can live in freedom, safety, security and prosperity,” Obama said.

Karzai, who was in town to address the United Nations, cut his trip short and was heading home to deal with the fallout from the assassination.