Home World We Are The 99 Per Cent 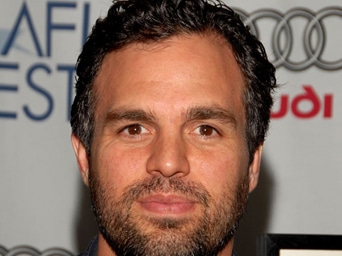 Occupy Wall Street is a peaceful stand against the big American rip-off. Support it and regain your dignity

October 03, 2011 “The Guardian” – – I have spent the last two days at the Occupy Wall Street gathering. It was a beautiful display of peaceful action: so much kindness and gentleness in the camp, so much belief in our world and democracy. And so many different kinds of people all looking for a chance at the dream that America had promised them.

When people critique this movement and say spurious things about the protesters’ clothes or their jobs or the general way they look, they are showing how shallow we have become as a nation. They forget that these people have taken time out of their lives to stand up for values that are purely American and in the interest of our democracy. They forget that these people are encamped in an urban park, where they are not allowed to have tents or other normal camping gear. They are living far outside their comfort zone to protect and celebrate liberty, equality and the rule of law. 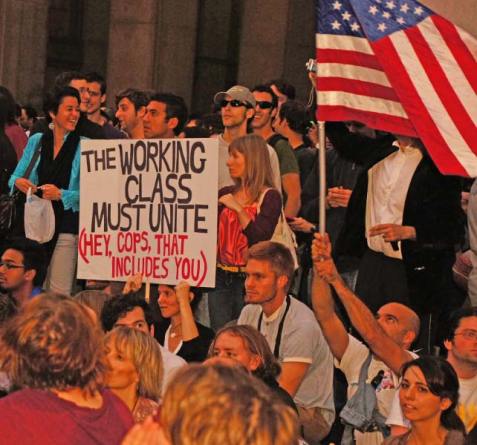 It is a thing of beauty to see so many people in love with the ideal of democracy, so alive with its promise, so committed to its continuity in the face of crony capitalism and corporate rule. That should be celebrated. It should be respected and admired.

Their message is very clear and simple: get money out of the political process; strive for equality in taxation and equal rights for all regardless of race, gender, social status, sexual preference or age. We must stop poisoning our food, air and water for corporate greed. The people on Wall Street and in the banking industrial complex that destroyed our economy must be investigated and brought to justice under the law for what they have done by stealing people’s homes and savings.

Jobs can and must be created. Family farms must be saved. The oil and gas industry must be divested of its political power and cheap, reliable alternative energy must be made available.

It’s time to check ourselves, to see if we still have that small part that believes in the values that America promises. Do we still have a shred of our decency intact in the face of debasement? If you do, then now is the time to give that forgotten part a voice. That is what this movement is ultimately about: giving voice to decency and fairness.

Show up at an Occupy Wall Street gathering in any major city in the US. Hit your social media outlets. Tweet it. Facebook it. Talk it up. It’s easy to do nothing, but your heart breaks a little more every time you do.

Mark Ruffalo is an actor, director, producer and writer. He lives in New York

pete seeger which side are you on

Consumer Health News (English) May 29, 2011 SUNDAY, May 29 (HealthDay News) — In the wake of tennis star Serena Williams’ potentially fatal pulmonary embolism after surgery this spring, the American College of Foot and Ankle Surgeons has a reminder: it’s sometimes possible to prevent the condition.

Pulmonary embolisms are caused when blood clots travel to the lungs, often from the leg where a deep vein thrombosis (DVT) develops.

Women are at higher risk than men, as are overweight people, smokers and those who take birth control pills.

“Surgery is also one of the leading causes of blood clots in patients, which means those at highest risk need to be diligent in speaking to their surgeon about their elevated risks so preventive measures can be taken,” podiatrist Dr. Peter Blume, of Yale School of Medicine, said in a news release.

Anti-clotting medication can prevent blood clots in the leg in some cases. Doctors can also use an implantable device called an inferior vena cava filter to prevent the clot from traveling to the lungs, Blume said.

Exercise is another preventive treatment: Get up and move around after surgery, even if you’re wearing a cast or using crutches.

Some people suffer from blood clots in the leg while flying. “The biggest recommendation you see in the airline magazines when you’re flying is to move your legs to prevent DVT, because people who sit on a long flight have a high incidence of DVT,” Blume said. “Similarly, if you’re sitting after surgery and the blood is not moving in the calf and you’re not exercising, you could end up with a clot in your calf. Surgeons have learned over the years that getting people moving after surgery will reduce the risk of a clot causing a pulmonary embolism.” Symptoms of pulmonary embolism are similar to those of heart attack, including sudden and unexplained shortness of breath, chest pain and a cough that produces blood-tinged mucus. “Other symptoms may include wheezing, leg swelling, excessive sweating, rapid heartbeat and fainting,” Blume said. “Pulmonary embolisms can occur quickly, and prompt medical attention is vital for recovery, so patients need to seek care if they are suffering from any of the symptoms associated with the condition.” More information For more on pulmonary embolism, try the U.S. National Library of Medicine. see here pulmonary embolism symptoms