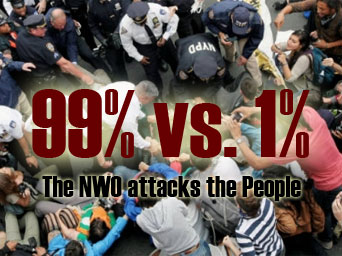 October 2011 is the 10th anniversary of the invasion of Afghanistan and the beginning of the 2012 federal austerity budget. It is time to light the spark that sets off a true democratic, nonviolent transition to a world in which people are freed to create just and sustainable solutions.

We call on people of conscience and courage—all who seek peace, economic justice, human rights and a healthy environment—to join together in Washington, D.C., beginning on Oct. 6, 2011, in nonviolent resistance similar to the Arab Spring and the Midwest awakening.

A concert, rally and protest will kick off a powerful and sustained nonviolent resistance to the corporate criminals that dominate our government.

Forty-seven years ago, Mario Savio, an activist student at Berkeley, said, “There’s a time when the operation of the machine becomes so odious—makes you so sick at heart—that you can’t take part. You can’t even passively take part. And you’ve got to put your bodies upon the gears and upon the wheels, upon the levers, upon all the apparatus, and you’ve got to make it stop. And you’ve got to indicate to the people who run it, to the people who own it, that unless you’re free, the machine will be prevented from working at all.”

Those words have an even greater urgency today. We face ongoing wars and massive socio-economic and environmental destruction perpetrated by a corporate empire which is oppressing, occupying and exploiting the world. We are on a fast track to making the planet unlivable while the middle class and poor people of our country are undergoing the most wrenching and profound economic crisis in 80 years.

“Stop the Machine! Create a New World!” is a clarion call for all who are deeply concerned with injustice, militarism and environmental destruction to join in ending concentrated corporate power and taking direct control of a real participatory democracy. We will encourage a culture of resistance—using music, art, theater and direct nonviolent action—to take control of our country and our lives. It is about courageously resisting and stopping the corporate state from destroying not only our inherent rights and freedoms, but also our children’s chance to live, breathe clean air, drink pure water, grow edible natural food and live in peace.

As Mother Jones said, “Someday the workers will take possession of your city hall, and when we do, no child will be sacrificed on the altar of profit!”

We are the ones who can create a new and just world. Our issues are connected. We are connected. Join us in Washington, D.C., on Oct. 6, 2011, to Stop the Machine.

I am not Anonymous. I am an American.

I am not just a Consumer. I am a Citizen.

I will no longer be labeled Left or Right, Liberal or Conservative, Demopublican or Republocrat.

I will no longer follow Puppets labeled Left or Right, Liberal or Conservative, Demopublican or Republocrat.

I am the People. And I am coming for the Puppetmasters.

I am part of the 99 Percent. And I demand the following:

Other Resources and Related Information