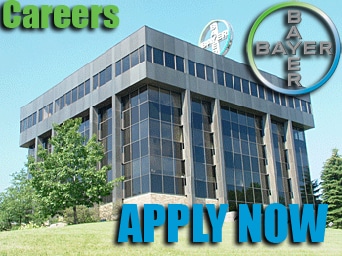 Bayer Corporate and Business Services has recently signed on for a fourth year with leading online veterans job board Hire Veterans.  This comes after another successful year of hiring amongst our nations highly qualified veterans for jobs in IT and corporate business.  These jobs are being offered out of the US headquarters located in Pittsburgh, Pennsylvania.  If you are interested in working for a company with a long history dating back over 150 years, then you should visit Hire Veterans to see the available positions.

Bayer was originally established in 1863.  The original location for the company was Barmen, Germany.  The company is most famed for its original brand of aspirin.  The company was founded by Friedrich Bayer and his partner Johann Friedrich Weskott.  In 1899 Bayer’s trademarked Aspirin was registered worldwide.  In 1904, the Bayer company introduced the Bayer cross as its corporate logo.  Because Bayer’s aspirin was sold through pharmacists and doctors only, and the company could not put its own packaging on the drug, the Bayer cross was imprinted on the actual tablets, so that customers would associate Bayer with its aspirin.

Bayer Business and Technology Services (BBTS) was formed in October of 2008 as part of the restructuring of the North American service functions of the Bayer Group.  BBTS provides business-critical services to Bayer’s North American Subgroups.  BBTS has a singular vision: to Foster the Success of the Bayer Group.  BBTS employees accomplish this by using their experience and expertise to tailor solutions and services to the needs and requirements of their customers in business planning and administration, Bayer Technology Services, business consulting, finance and accounting services, human resources services and support, information technology services, integrated employee services and procurement services.

Working for Bayer gives you a large availability of compensation and benefits.  Some of these benefits include medical coverage, prescription drug reimbursement, dental coverage, vision coverage, flexible spending accounts, disability coverage, life insurance, savings and retirement plan, Bayer share award program and adoption assistance.  Bayer is an Affirmative Action and Equal Opportunity Employer.  For a full list of these benefits and explanation of each one, please visit the official benefits page of Bayer.

If you are interested in seeing the available careers and opportunities, then please visit Hire Veterans.  These jobs are updated weekly, so please check back to see the newest jobs as they become available.  You can also visit the official career page of Bayer.

The consensus estimate on Wall Street was for earnings of 19 cents a share. The company reiterated its goal of earning 70 cents a share for the year, which would beat current estimates, despite saying it expects a wider loss than analysts anticipate for the third quarter.

The company’s results were sure to be closely scrutinized by investors eager for signs of a broad recovery in the high-tech sector.

From April through June, IBM had net earnings of $1.7 billion, or 97 cents per share, up from $56 million, or 3 cents per share, in the comparable period last year. Last year’s figures were dragged down by $1.4 billion in one-time charges.

Taking discontinued operations out of the mix, IBM said it would have earned 98 cents per share, matching the forecast of analysts surveyed by Thomson First Call.

— Associated Press VIVENDI: $11.5B BID FROM MGM FALLS SHORT PARIS — Vivendi Universal turned down a bid for its show business empire from Metro-Goldwyn-Mayer Inc., saying $11.5 billion wasn’t enough for coveted assets like Universal Studios and its theme parks, a source familiar with the talks said.

MGM had offered to sweeten an all-cash bid to $11.5 billion — but only if Vivendi agreed to a one-week ultimatum for more information about the companies it is selling.

The French media giant dismissed the offer as insufficient and said it didn’t want to cave in to pressure from MGM, said the source, who declined to be identified. Vivendi declined to comment. web site ford motor stock

But Freddie Mac, which ousted three top executives last month and is under criminal investigation by federal prosecutors, insisted that it was ready and willing to make its officials available to testify at a House subcommittee hearing. Fannie Mae said it declined to participate because it has no specific knowledge of its smaller rival’s accounting troubles.

Rep. Richard Baker, R-La., chairman of the Financial Services panel, announced he was canceling the hearing scheduled for today and held out the possibility of issuing subpoenas to compel testimony of the two biggest companies in the multitrillion-dollar home mortgage market.

John Vogel is a recruiting consultant with HireVeterans.com, a major job board for U.S. Veterans.