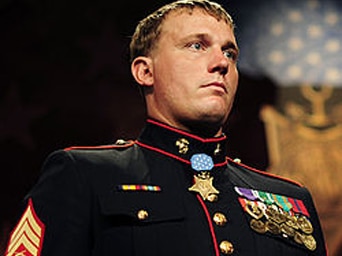 “Dakota Meyer, Nicolas Oresko, Paul Bucha, Bruce Crandall, Alfred Rascon and Brian Thacker will march with thousands of heroes on Veterans Day, November 11, when we honor the brave men and women from every generation who answered our country’s call to service,” said Vincent McGowan, president of the United War Veterans Council, which presents the parade.  “It is also a time when we renew our commitment to find meaningful jobs for these dedicated men and women, because it’s the right thing to do – and the smart thing to do.”

The annual Veterans Day Parade begins November 11 at 10 a.m. with a memorial ceremony including New York City Mayor Michael Bloomberg and other dignitaries in Madison Square Park at 23rd Street and Fifth Avenue.  The parade steps off at 11:11 a.m. and proceeds north on Fifth Avenue to 56th Street.  Chase Bank is the principal sponsor of the parade.  Frank Bisignano, JPMorgan Chase Chief Administrative Officer and CEO of Chase Mortgage Banking, is serving as co-chairman and lead Grand Marshal of this year’s parade and Chase will have 200 employees marching in the parade, mainly veterans and their families.

More than 20,000 people, including 27 active military units from all branches, veterans groups and high school bands from around the nation march in the parade.

Military dignitaries in the parade include:

FOX 5 will provide live parade coverage from noon to 3 p.m. and the parade will be broadcast on Armed Forces Television to U.S. military installations around the world.