EDITORS’ NOTE: It’s blatant hypocritical for Zakaria’s handlers to fly him into Tehran to ask President Ahmadinejad about political prisoners and crushing dissent, considering the ongoing police brutality and arrests of peaceful Occupy Wall Street demonstrators in American cities. This is all part of the blatant disinformation process trying to discredit Iran and justify war

Zakaria was sent by his Zionist Corporate bosses on a barefaced mission to try the usual ‘interview and discredit’ thing.

Well, he  found it was difficult to penetrate Ahmadinedad’s logic so he resorted to innuendo.

Fareed Zakaria ended up looking like a pathetic shill.

He is not unique, he is just another hack in the pseudo journalism Mainstream Media trade, there are hundreds, if not thousands of his colleagues that serve as shills for their Corporate bosses in the world.

The Positions of America has never helped  —  Pres. Ahmedinejad

Watch the interview below and be the judge :

Who Are You Protecting? 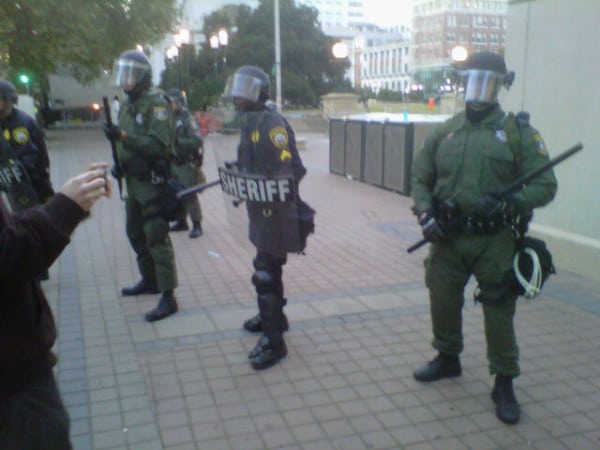 An Iraq war veteran has a fractured skull and brain swelling after allegedly being hit by a police projectile.

Proof that Scott Olsen was shot in the face by police without provocation during the Occupy Oakland march on  October 25.

Video of Scott Olsen Being Shot by Police at Occupy Oakland