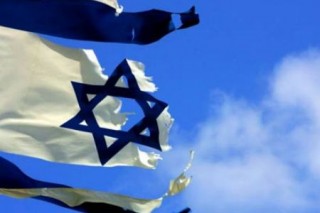 There is a strong speculation that Israel is bound to mount an attack on Iranian nuclear sites, a threat which the Zionist regime has frequently repeated and an idea which, if translated into action, will bring about apocalyptic consequences for the Zionist entity.

Reportedly, Israeli Prime Minister Benjamin Netanyahu has recently sought to drum up cabinet support for a military strike against the nuclear sites of the Islamic republic of Iran. In joint efforts with the defense minister Ehud Barak, Netanyahu has succeeded in wringing support for such a reckless act from the skeptics who were already opposed to launching an attack on Iran. Among those he managed to convince was Israeli Foreign Minister Avigdor Lieberman.

However, the support voiced by Israeli Foreign Minister Avigdor Lieberman is considered an ace in the hole for Netanyahu who also enjoys the full-throated support of Washington.

In a show of military prowess and obvious brinkmanship, Israel test-fired a nuke capable missile on Wednesday which cannot be taken as a coincidence considering the threat made by Netanyahu.

“Israel today carried out the test-firing of a rocket propulsion system from the Palmachim base,” a Defense Ministry statement said. “This had been long planned by the Defense establishment and was carried out as scheduled.”

Echoing his old familiar comments about Iran, Netanyahu said in a parliamentary address on Monday, “A nuclear Iran will pose a serious threat to the Middle East and the entire world, and it of course poses a direct and heavy threat to us.”

Also on Wednesday, Israeli Foreign Minister accused Iran of being “the largest, most dangerous threat to the current world order”, adding that Israel expects the international community to “step up efforts to act against it.”

Moshe Yaalon, Israel’s strategic affairs minister, told Army Radio on Tuesday, “The military option (against Iran) is not an empty threat, but Israel should not leap to lead it. The whole thing should be lead by the United States, and as a last resort.”

There seems to be a united front against Iran in the Israeli cabinet but as far as a military strike is concerned, there is a difference of opinion as to the sanity of such an act and the looming consequences it may incur.

Be it as it may, one of the main factors which render such an act implausible is that Israel is well aware of Iran’s military competence and self-sufficiency.

The successful production of the short-, medium- and long-range missiles Shahab (Meteor) and Sejjil (Baked Clay), Saqeb (falling stone) and Sayyad (Hunter), Fateh (Conqueror) and Zelzal (Temblor), Misaq (Covenant) and Ra’ad (Thunder), Toufan (Storm) and Safar (Journey) bears testimony to this claim. The country has so far succeeded in producing more than 50 types of high-tech missiles as part of its deterrent strategy for enhancing military might as it has always been exposed to threats by the Zionist regime and Washington.

The recent Iranian missile Qader (powerful), a magnum achievement, is a sea-launched cruise missile which has a highly destructive power and can eliminate frigates, warships as well as any coastal targets. With a range of over 200 kilometers, the missile can evade any highly advanced radar systems.

Modeled on the Nodong-1, Shahab (meteor) III, one of the great missile achievements of the country, is a medium-range ballistic missile designed to hit targets within the range of up to 2000 kilometers. Generally considered as a nightmare for Israel, the missile was test-fired on July 8. 2008 and has been upgraded since then to an impeccable standard.

A senior IRGC commander Brigadier General Amir Ali Hajizadeh has already stated that Iran has the know-how to build missiles with over 2,000 kilometers but since the US and Israeli targets are within the reach of the current missiles, the country does not see any point in doing so.

“Iran’s missiles have a range of up to 2,000 kilometers and have been designed for US and the Zionist regime (Israel)’s bases in the region,” he added.

With over 50 types of state-of-the-art missiles at its disposal, Iran is readily capable of delivering a death blow to any aggressor who ventures to violate its soil. However, Iran has frequently said its military might poses no threat to other countries and that its defense doctrine is based on deterrence.

As the Leader of the Islamic revolution Ayatollah Seyyed Ali Khamenei has said the “main objective of producing weapons in Iran is defending the country against bullying enemies” while in the West, “the main reason for weapons production is increasing the wealth of the weapons cartels.”

Regardless of Iran’s military might in countering any audacious aggression, Israel is standing on its last legs as poverty and social strife are rampant in the country and the people have already begun pressing their hands on Tel Aviv’s throat.

It matters little on what grounds the idea of attacking Iran was articulated in the minds of the Israelis or who was the initial originator of this imbecilic notion.

What is important is that an Israeli attack will not only disturb the political equilibrium in the Middle East but it will inflict losses of inconceivable proportions upon the Zionist entity as well.

It would be no exagerration in saying that a  military strike by Israel on Iran is tantamount to a final nail in the coffin of Zionism.

Do-It-Yourself Retailing March 1, 1996 Orscheln Farm & Home in Moberly, Mo., has created an image for itself as an expert in pet care and pet supplies.

The company publishes a popular pet newsletter called Barney’s Bugle that deals with common – and not-so-common – pet issues, from ridding your pet of fleas to raising exotic pets, such as llamas.

Each issue is packed with tips on training, caring for and ensuring the safety of many types of pets. Examples of article topics include: “Training Your Kitten,” “Cold Weather Care for Your Pets” and “Bird Feeding – A Growing Hobby for All Ages.” Throughout the newsletter, the chain also highlights products and services available at its One Stop Pet Shops, which are located in 27 of Orscheln’s 73 stores. Bright red and yellow graphics and fun animal cartoons lend a lighthearted tone to each issue.

According to Kim Crutchfield, Orscheln’s advertising specialist, the company doesn’t pay much for the newsletters, because vendors help sponsor each issue. Usually four small vendor ads are used in each issue, and each vendor pays $400.

The newsletter is designed in-house by Crutchfield and printed locally. Printing costs are fairly low, since it is a three-color publication, Crutchfield says. The company mails it to approximately 1,700 preferred customers and distributes another 200 per store. The newsletter is in its second year of publication and comes out quarterly. go to site farm and home

The results have been positive. Crutchfield says the newsletter is a good customer relations piece that isn’t a hard sell. Customers enjoy it and have even requested extra copies and reprints for 4-H and other groups. The company is working on expanding its preferred customer list to widen distribution. In addition, Orscheln is planning to insert coupons in several upcoming issues to give readers an added benefit.