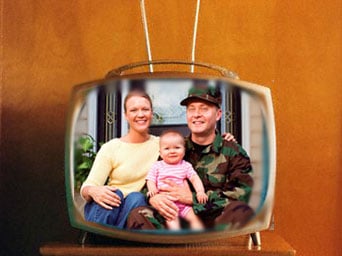 WASHINGTON, Nov. 2, 2011 – A Veterans Day TV special will celebrate service members and veterans and spotlight the issues they face as they leave the military and re-enter their communities and the workforce.

“Extreme Makeover: Home Edition ‘Rise and Honor’ A Veterans Day Special” will air Nov. 11 at 8 p.m. EST on ABC. The show teamed up with the Entertainment Industry Foundation, Hollywood’s leading charity, to present the one-hour special, a news release said.

The reality show undertakes massive home renovations for families in need with the help of a builder and a host of volunteers. This season’s premiere featured Barbara Marshall, a 15-year Navy veteran who has devoted her life to helping homeless female veterans.

“In 200 episodes, we’ve seen thousands of armed forces volunteers to help us rebuild homes and lives,” said Brady Connell, the show’s executive producer. “Now we’re thrilled to be able to honor all veterans with this television special.”

The special will feature host Ty Pennington as he revisits past episodes with some of the show’s most memorable military stories. The “Extreme Makeover” crew also will visit with some of the families featured in those episodes to find out how they’ve been faring since their home makeover and how they’re continuing to aid their fellow veterans.

Throughout the show, celebrities will spotlight the issues veterans face after service, and the strengths and skills they bring to the workforce and their communities, the release said. Celebrities include Whoopi Goldberg, Jewel, George Lopez, J.R. Martinez, Rachael Ray, Sherri Shepherd, Robin Williams and Major League Baseball players Daniel Murphy of the Mets, Shane Victorino of the Phillies and Clay Buchholz of the Red Sox.

Additionally, the Entertainment Industry Foundation will launch its “Rise and Honor” program during the special. The program raises funds to support reintegration services for veterans and their families, benefiting organizations such as the Fisher House Foundation, Hire Heroes USA, Intrepid Fallen Heroes Fund, USO, Volunteers of America and Welcome Back Veterans. These organizations offer veterans and their families services and support such as housing, job placement, health care, rehabilitation and mental health treatment.

“We’ve highlighted the difficult struggles our veterans often face when returning home,” George Verschoor, executive producer, said. “We are so proud to take this a step further with a moving tribute to our nation’s heroes, while inspiring Americans to give back to those who’ve given our country so much.”

The special will culminate with an event featuring an audience of active-duty service members and veterans, along with a live musical performance by Jewel, who also will co-host the special.

In the news release, Labor Secretary Hilda Solis cited the importance of efforts such as this one that shine a light on veterans’ issues as they transition from military to civilian life.

“All across the country, we have talented and dedicated veterans who have been unemployed for far too long,” she said. “These service men and women are right here and ready to get back to work. They just need a little help from all of us to find a good job at a fair wage and successfully transition from military to civilian life.

“We applaud ABC and the Entertainment Industry Foundation for broadcasting this special show to raise awareness of the needs of our returning veterans and their families,” she added.