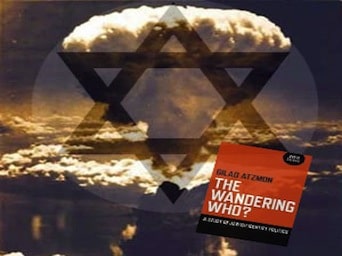 Devastatingly enough, our Western governments  do nothing to stop the Jewish State. That should not take us by surprise: our politicians are largely funded and vetted by Israeli lobbies that openly support attack on Iran.

Here in Britain Defence Secretary Liam Fox had to resign two weeks ago when it became clear that he was ‘breaching ministerial laws’. The British press went out of its way to reduce the issue of his resignation into just another ‘gay-ish mini scandal’. But we actually have strong reason to believe that Fox was working intensively for Israel. He was enthusiastically advocating Israeli interests such as an attack on Iran.  Together with his ‘best friend’ Adam Werritty,   he was also funded by the Israeli lobby. We  know also that Fox and his ‘flat mate’ Werritty were in direct contact with the Mossad, and were even warned by the MI6 about it.

But Fox was not alone: with 80% of our leading party’s MP’s being Conservative Friends Of Israel’s (CFI) members, we have good reason to believe that treachery is now institutional amongst UK elected politicians.

As we brace ourselves while learning from the Israeli press about the IAF’s final preparations ahead for an attack on Iran’s nuclear plants, I would like to share with you a short passage from The Wandering Who.

In the following extract, I explore the exact genocidal scenario that Israeli pilots are now  training to accomplish, in these very days. As much as it is clear that our treacherous elected puppets will fail to restrain Israel, it is equally and tragically obvious that Israel lacks the means to restrain its own madness.

“…I will try to elucidate this idea through a simple and hypothetical yet horrifying war scenario. We, for instance, can envisage an horrific situation in which an Israeli so-called ‘pre-emptive’ attack on Iran escalates into a disastrous nuclear war, in which tens of millions of people perish. I guess that amongst the survivors of such a nightmare scenario, some may be bold enough to argue that ‘Hitler might had been right after all.’

The above is obviously a fictional scenario, and by no means a wishful one, yet such a vision of a ‘possible’ horrific development should restrain Israeli or Zionist aggression towards Iran. As we know, Israeli officials threaten to flatten Iran rather too often. In practice, pre-TSD* Israelis make this devastating scenario into a possible reality.

Seemingly, Israelis and Zionist politicians fail to see their own actions in the light of history.  They fail to look at their actions in terms of their consequences. From an ethical perspective, the above  ‘imaginary’ scenario is there to prevent Israel from attacking Iran. Yet, as we all know, Israel and its lobbies are desperate to dismantle the so-called ‘Iranian threat’. My explanation is simple. The Jewish state and the Jewish discourse in general are completely foreign to the notion of temporality. Israel is blinded to the consequences of its actions, it only thinks of its actions in terms of short-term pragmatism. Instead of temporality, Israel thinks in terms of an extended present.” (The Wandering Who pg. 179)

The issues we are dealing with here are not solely political  they are actually deeply philosophical, psychological and sociological — and it is also about life and death.

You can now order The Wandering Who on Amazon.com  or Amazon.co.uk