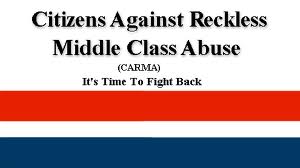 As pointed out in Part I of this series, on August 13, 2011, after Carrier Sylvester Burton inadvertently left part of his mail in the station, he alleges that U.S. Postal Service supervisor, Juanita Hamblet, of Rimpau Station in Los Angeles, came out to his route and subjected him to severe verbal abused.  According to Mr. Burton and an independent witness, Ms. Hamblet came out to his route and began to verbally accost him in a very hostile and aggressive manner.  Then when Burton asked the supervisor why she was harassing him, the following exchange took place:

“She then walked up to me, her hand in my face and said, ‘I CAN HARASS YOUR ASS AS MUCH AS I WANT, AND I WILL CONTINUE TO HARRASS YOUR ASS. I DON’T GIVE A FUCK ABOUT YOU BURTON – I THINK YOUR ASS IS GAY. TAKE YOUR ASS BACK TO THE STATION, I’M GONNA CALL THE POSTAL POLICE ON YOUR ASS!’

“So I pulled about 8 feet away from her and parked, wondering if I should follow this woman’s instructions or ignore her and finish delivering mail. Then she walked up to me again, and said, ‘I SAID TAKE YOUR ASS BACK TO THE STATION! THAT’S A DIRECT ORDER!’

When we got back to the station she ran into Mrs. Stanley’s office and told the manager that I called her a bitch, I threatened her, and that I almost ran over her. She also said that I was a coward and she was intimidated by my presence.”

One of the customers on the route wrote a statement substantiating Mr. Burton’s account of the incident, adding, “My entire family including my seven year-old niece had to witness this entirely unprofessional vulgar outburst. The cursing and swearing peppered with the f-word and the homophobic remarks was nothing less than shocking and completely inappropriate.  I was extremely offended by her homophobic remarks and I am myself gay, not to mention the cursing and swearing in front of our child . . . You need to DO SOMETHING ABOUT THIS WOMAN. While representing the USPS no one should be able to behave that badly and make that big of a scene in public plus publicly attacking a subordinates sexual orientation and be allowed to keep their job.  If Mr. Burton sues for harassment I will gladly be a witness on his behalf.”

There have been several complaints regarding the behavior of this supervisor in the past. Subsequent to the incident with Mr. Burton, one employee summoned the courage to write the following:

“To whom it may concern:

“I, Vyonnie Garbutt, can attest to the fact that Mr. Sylvester Burton is a respectable, hardworking carrier at Rimpau Station.  He always treats everyone with respect and carries himself in a professional manner.

“Supervisor Juanita Hamblett has been in combustive verbal altercations on the workfloor too many times.  She creates an extremely hostile work environment for Rimpau Station.”

Unfortunately, this sort of behavior is far from an aberration by far too many postal managers and supervisors.  In fact, it’s become protocol. Postal management routinely use threats, aggressive behavior, and intimidation to get employees to work off the clock without pay.  So when the postal employees refer to the postal service as “the plantation” they’re not speaking figuratively – and the various agencies within the government such as the Office of Inspector General and the EEOC, who are charged with protecting employee rights, are at best, indifferent to employee abuse, and at worst, in collusion with the agency to protect its impunity from repercussions. Thus, poor and middle-class workers have but one recourse, to address their plight as a political issue. 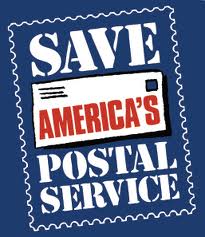 As a United States government agency the U.S. Postal Service should be in the very forefront of the fight to protect employee rights, yet, in the Equal Employment Opportunity mediation initiated by Mr. Burton on this matter, instead of the postal service bending over backwards to correct what is clearly a toxic work environment, the agency went into damage control. The postal service didn’t even require Supervisor Hamblet to attend the mediation. Instead, they had an attorney, Kristi Ashman, come in her place to try to negotiate the issue away.

Mr. Burton indicated that during the “mediation” he felt like he was trapped alone in a den full of jackals, and essentially he was. He was one worker trying to fight for his rights against the full weight of the federal government. He was alone in the room with his manager, his area manager, a post office attorney, a mediator who improperly urged him to accept the postal service’s lame resolution, and a union representative who the postal attorney pulled out the room to talk to out of his earshot. So initially he signed the agreement as a result of feeling like an elephant was sitting on his chest. But to his credit, he came to his senses and rescinded the agreement within the remaining three-day time limit. In addition, the participants are sworn to secrecy regarding what takes place in the mediation, which is also slanted against the interest of the worker.

The United States Postal Service is a microcosm of America as a whole, and the above situation is a perfect metaphor for the gross assault on poor and middle-class workers in this country as a whole.

The working conditions created by the inept and irresponsible managers within the postal service is not only un-American, but creates a serious danger to the unsuspecting public at large. The reckless and self-serving  irresponsibility of bonus-seeking postal managers constitute nothing less than a United States government agency sending ticking time bombs to every business and home in America six days a week.  Dr. Stephen Musacco, an organizational psychologist, a therapist with thirty years experience in the postal service, and the author of “Beyond Going Postal,” says the following:

“Prior to my retirement from the USPS, at a former district I worked for, there were three suicides within a two year period that I concluded were contributed to in significant part by how these employees were treated in the workplace. The third employee, a city letter carrier, fatally shot himself in a postal jeep and left a letter stating that he could no longer take the job. The night before he committed suicide he told his wife he did not know if he would be able to handle his job anymore. How do I know? His wife told me this one day after his suicide. He was one of the best employees in the office. The District Manager and I interviewed his coworkers after his death, and they stated he would urinate in a bottle while on delivery route for fear he would not meet an artificial deadline set by postal management. During the interviews, one of the postal supervisors told the District Manager and me that the day before the suicide she gave a letter to all the city letter carriers in the station, noting that any future over time used for their routes would be considered unacceptable performance. The suicide at the Gastonia postal facility was the second since December 2005.

“Many people have asked: Why is there so much stress and workplace tragedies in the U.S. Postal Service? The answer to these questions is because the postal culture embraces and reflects core values that center on achieving bottom-line results with little or no regard for employee participation, respect, dignity, or fairness. Additionally, there is little or no accountability for the actions of top management in the Postal Service. Many postal facilities consequently have toxic work environments, and they can be a catalyst or trigger for serious acts of workplace violence, including homicide and suicide. The associated rewards system for behavior consistent with the postal culture core values, moreover, enables systemic organizational and individual bullying of employees at all levels of the organization.”

One of the criticisms of the “Occupy” movement is that it doesn’t seem to have a well defined objective. But in defense of the movement, it is commendable that it’s not allowing itself to be co-opted by any particular political party or group. One way to resolve that conflict, however, is for the movement to simply target instances of glaring middle-class abuse and focus its energies on addressing those issues one at a time, and there’s no better target for beginning that process than the United States Postal Service, for several reasons.

First, there is not a more flagrant example of middle-class abuse anywhere in the world than the way the U.S. Postal Service treats its employees right here in the United States. Secondly, the postal service is the  largest civilian employer in the United States after Wal-Mart, so that alone makes it directly representative of the way middle-class workers are being abused as a whole in this country. And finally, the postal service also highlights the fact the U.S. government has now embraced the corporatist philosophy of profits over people, which, by definition, is blatantly un-American.

We also have to confront the hypocrisy of our government.  Again, In a June 9, 2009 speech in Cairo, President Obama told the people of Egypt, “ But I do have an unyielding belief that all people yearn for certain things: the ability to speak your mind and have a say in how you are governed; confidence in the rule of law and the equal administration of justice; government that is transparent and doesn’t steal from the people; the freedom to live as you choose. Those are not just American ideas, they are human rights, and that is why we will support them everywhere.”

Thus,  during this election season we need to confront our president with the fact that he seems to be preaching a much better sermon than he’s prepared to live.  We want to believe in him, but facts don’t lie.  The following fact is a case in point: 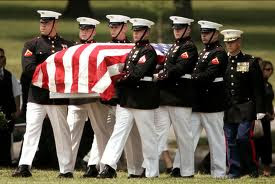 If we can sacrifice the lives of our young people to bring justice to others around the world, certainly the president can make a simple phone call to bring justice here at home to the families and former comrades of those who are putting their lives on the line. After all, veterans are postal workers too.

Where are you, Mr. President?