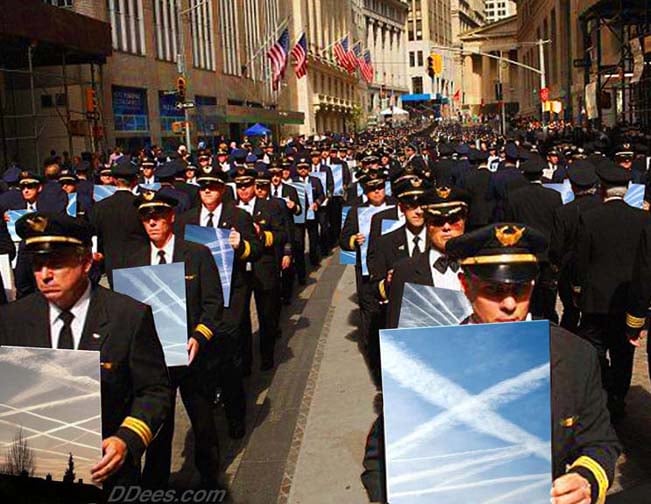 This post is based mostly on a October 23, 2011 Presentation by Rosalind Peterson and Allan Buckmann at the Radio Liberty Seminar in Aptos, California.

Newly revealed US and UK Agenda on a “Global Geoengineering Governance”

“A Weather Modification program in progress for decades and before global warming was a recognized issue – is not a “TEST” – It’s a Policy”.  – H. Saive

In 2009, the United States House of Representatives Science & Technology Committee quietly agreed to work with the UK Parliament on Geoengineering programs.

The U.S. House Science and Technology Committee on Geoengineering is working with the UK Parliament on Global Geoengineering Governance which has released its 5th Report (printed by the House of Commons), on March 10, 2010

The Congressional Research Service released a report on Geoengineering for members of the U.S. Congress on August 16, 2010. The U.S. House Science & Technology Committee released their Final Geoengineering Report on October 27, 2010.

Despite the mammoth consequences to the health, safety and welfare of humanity, these formal agreements, UK Parliament hearings and U.S. House Committee Hearings during 2009-2010 were never televised on C-Span or covered in Corporate Media.   Read the reports here

Rosalind Peterson begins her presentation by asserting that the US military and civilian contractors are engaged in an un-controlled experiment where the earth’s atmosphere is being used as a climate physics laboratory without the knowledge and consent of the American people.

Except for key members in Congress who are in a position to be influenced by military and corporate lobbyists who stand to profit, most members of Congress have little awareness that geoengineering is being sold in secret as a tool of Global Governance.

In 2010, The American Association for the Advancement of Science (AAAS) presented a session where SAG was presented as a geoengineering method of choice.  Geoengineer, David Keith was lead presenter where he made the case for high altitude release of aluminum particles from jet aircraft as the most effective and “affordable” method to mitigate Anthropomorphic Global Warming (AGW).

Keith’s AGW mitigation method also requires releases of water vapor from jet engines so that the aluminum particles remain at high altitude for long enough to be effective at re-radiating solar energy back into space before ultimately descending to earth – however this strategy reveals a gaping hole in logic.

Since the major greenhouse gas (GHG) in the earth’s atmosphere in water vapor, it would be disingenuous to assume – without rigorous testing – that adding more water vapor (GHG) to facilitate a mitigation strategy using aluminum particles could be effective.  What’s more – Stanford U. research already confirms that water vapor from jet aircraft engines is responsible for 20% to 30% of atmospheric warming.

During presentations to members of the House committee, geoengineer actually admitted that these schemes were “risky” and could end up polluting water resources, and ruining crop soils. But in the end, geoengineering lobbyists spoke with Orwellian logic that geoengineering schemes might be necessary in order to save the Earth.  Furthermore, they insist that climate mitigation (an un-controlled experiment) must begin on a global scale because once we start, we’ll not be able to stop.

Jeremy Rifkin, Author of the Third Industrial Revolution is profound when he reminds us:  “The primary economy on the Earth is photosynthesis.”

What does it mean when geoengineers plan to deliberately prevent full sunlight from reaching people, crops, oceans and forests on the earth’s surface?

Why doesn’t it matter that millions of solar panels will lose charging capacity when the sky is covered with endless days of man-made clouds and atmospheric haze?

Why is Rickets (vitamin D deficiency) returning and on the rise as a bone softening disease and precursor to babies born with low IQ?   Vitamin tablets do not replace absorption of “Vitamin D” via natural exposure to sunlight.

Let’s be clear:  When geoengineers talk about climate mitigation, they are talking about the deliberate suppression of life-sustaining processes on planet earth. They are not planning to save you from anything.

Aerial Releases of Toxins Without Your Knowledge or Consent

EPA studies have confirmed that aerial releases from rocket and jet fuel emissions contain neurotoxins that among many things, can induce memory loss.

“Any change in global cloud cover may contribute to long-term changes in Earth’s climate.” — NASA Newsletter, 2005

Video of the meeting  Here

Buckman worked as a biologist for California Fish and Game Commission for 38 years and has prior experience as a USAF weather observer.

Normal weather patterns of predicable chaos have been interrupted by geoengineering most intensely since the mid-90’s. For example, apples require a freezing period to promote correct growth.  If nocturnal temperatures remain above 32 deg due to artificial cloud-cover, the entire crop will fail or suffer serious degradation.

Sick forests have been noticed all over North America and Canada. He suspects that erosion of the climate with geoengineering is tipping the health of many species to lower their resistance to fungus and beetles.

Buckman was involved in cleaning up lakes that had grown sick with toxic algae, also credited with emitting a neurotoxin.  He says public health complaints of lake residents diminished after his company succeeded in eliminating the algae.

He thinks “persistent contrails” is an oxymoron. Contrails, by definition, are a short-lived and transient phenomenon. Over the years, NASA has managed to re-define “contrails” to define an unnatural, therefor un-scientific event not found in nature.

Buckman points to The Air Force document “Owning the Weather in 2025” as a good clue to a geoengineering strategy that has nothing to do with Global Warming allegedly created by industrial age CO2 emissions.

A Weather Modification program in progress for decades and before global warming was a recognized issue – is not a “TEST” – It’s a Policy.