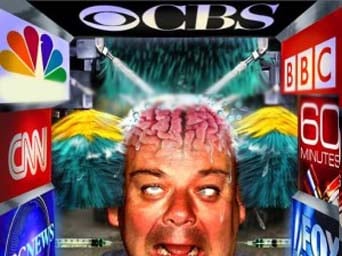 How do you discredit a movement?  You feed noise in. 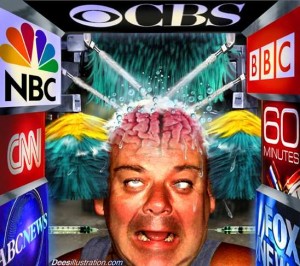 Pavlov demonstrated that dogs taught to associate food with a ringing bell would start to salivate.  What is lesser known is that his work also included children who displayed the same reaction to stimuli, or “conditioned reflex”.  What we have known since the late 1800’s is that people can be conditioned by external stimuli to react in a desired manner, and in fact Trowbridge Ford recently published an article regarding this relating to government assassins.  As a caveat, to gain the desired ‘conditioned reflex’ requires repeated applications of the signal, effectively ‘brainwashing’ the subject.

In a seemingly unrelated topic, humans are great at adaptive learning.  We will tie this all back together in a few paragraphs, but to explain adaptive learning, let’s assume that you have no knowledge of fire and are confronted with it for the first time.  Sticking your finger in the fire makes the connection: fire = pain + painful booboo.  You probably will not perform the same action twice. 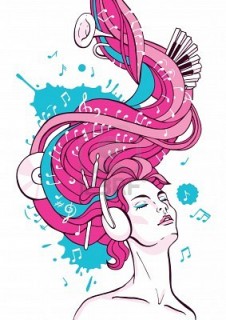 In another seemingly unconnected topic, it seems obvious enough that when you control information flow, you control the company; an adage that can also be applied to society.  For a systems engineer information flow consists of the ‘signal’ plus the ‘noise’ regardless of whether the system is electronic, hydraulic, or mechanical.  To make use of the signal, you must either boost the signal far above the noise, filter the noise, or improve the system to reduce noise below the signal threshold.  There are branches of noise control engineering that make use of computerized adaptive techniques to analyze noise signals and generate a canceling signal to produce complete silence in localized regions.  By interjecting a new signal over the canceling signal you could even listen to your favorite music despite being surrounded by heavy machinery.

Now let’s tie this all together.  In order for people to make good decisions or understand their world around them, they need good ‘clean’ or ‘readable’ information, something that is not always in the best interests of criminals, corporations, or governments.  By feeding ‘noise’ into information systems, governments and corporations create an environment where they tap into the adaptive learning techniques of people, bypass the data filtration that people develop, and so create ‘conditioned reflex’ in a consistent pattern.  There are even companies that specialize in using the news and internet media to push society into accepting the governments position, for example ‘The Rendon Group’ http://www.rendon.com/services/ and ‘SCL’ http://www.scl.cc/history.php.

We see this at work every day and seldom recognize how this affects our world view.  Let’s take for example this article by the BBC:  Iran ‘influenced’ Iraq over US troops’ exit.  If you have been following the news lately, you will know how Iran has been demonized over their nuclear program.  In this article, Iran is portrayed as having been the background force that lobbied the Iraqi government against US troop presence in Iraq, and won.

The words that the BBC chose to use reinforces this belief even though the Iraqi’s do not quite say this.  For an example “Some detected the hand of Iran behind the decision”, but ‘who’ is ‘some’?  The Iraqi Adviser actually said, “It is taking Iran into consideration. We understand that there is a certain sensitivity. And we do not want an excuse for the Iranians to intervene in Iraq on the pretext that you have American troops” which really just states that Iraq does not want to be caught between the USA and one of their major trading partners.  Neither does Iraq want an excuse for Iranian (and the unmentioned US) spies operating in their country where possible.  There is no mention of the Iraqi war dead – just US casualties and costs.  By avoiding comment on the US intervention, the United States’ subsequent spying in Iraq, and the Iraqi war dead the BBC slants the article to portray the US as a victim, and the Iranians as shifty, shadowy, manipulators behind the scene.

Articles like the above, from multiple sources, not only raise the noise level in information flow but consistently work on your subconscious mind.  With multiple sources reinforcing each other, peoples ability to filter the data and obtain an objective viewpoint is not only reduced but their objective noise filter is eventually bypassed, setting them up for a ‘conditioned reflex’ that will continuously associate Iran as an untrustworthy country and people, and the US as trustworthy.

This tactic even works against movements that have substantial followings where the message cannot be controlled, but it can be influenced.  By influencing the message sufficiently, the movement can be discouraged, discredited, or broken up and it’s surprisingly simple to do.  People tend to trust sources that they can verify as being reasonably accurate, part of that ‘adaptive learning’ ability.  So to counter a movement like the 9/11 truth movement you create media that starts out broadcasting information that generally supports the movement with known verifiable facts, possibly even introducing a few ‘new’ experts.  Over time, this now trusted news source and ‘experts’ slowly begin to dismantle the movement from within by broadcasting half truths, or making wild claims that are patently false.  Eventually, the largest mass of people will associate the movement with cranks and crazies, and the message no matter how true is lost for a generation.  Governments, organizations, and corporations have been doing this for a long time, they are experts.

So, how do you fight this?  First, question your own beliefs, does what I ‘think’ I ‘know’ have any merit or should I re-examine what I believe?  Personally, I collect data, all the data I can find, and I accept it as simply data – everything is a lie, everything is the truth.  As more information becomes available, the data sorts itself out and often links that didn’t appear obvious become obvious.  This re-examining of your beliefs can be a conscious decision, or it can be triggered by an event.  I had already started to break my mental conditioning when I stood on the ramparts of Dapeng and it struck me like a fist.  I was the only Caucasian for 100 km in any direction – and the natives were friendly, not at all what I had been taught in school or by my parents.  It’s a remarkably freeing experience.

Tip number 2, develop a healthy dose of skepticism.  Multiple sources with different agenda’s work well as they counter the propaganda from each side.  I read not only western news sources every day but also sources from Russia, China, Japan, et cetera.  The essential facts will be covered by each source but the slant towards one side or the other cancels the propaganda effect.  Locating disinformation or attacks intending to discredit people/organizations is often more important than locating facts as money and time must be used to create false information or discrediting attacks – suggesting that something important may be ‘buried’ there by the organization spending the money.

Third tip, recognize that genetically all people are the same.  This is difficult for westerners and in particular Americans who have the ‘we’re an exceptional country and people’ conditioned in from birth.  I can remember conversations with a very senior ‘non-American VP who was convinced that the USA would forever remain dominant and comments like ‘the sun never sets on the British Empire’ refused to

disrupt his belief, which illustrates the point that ‘conditioned reflexes’ will often lead to bad business decisions, or serious strategic blunders.  In this case, we pushed farther into the US market just before it started to collapse, leading to substantial losses for the company.  Nobody is ‘exceptional’ and nobody will be dominant forever.

Finally, recognize that change is inevitable, and embrace it.  Cultures adapt, develop, and change at varying rates depending on their strengths and roots.  By examining the development of other cultures you will find your mind stretched in new directions, perhaps even leading to different ways of analyzing the information you receive on a daily basis.  Some readers will have noted that I tend to write on topics regarding China, simply because I have become very familiar with Chinese culture and philosophy – having married into it.

So now, for a lark, with ‘conditioned reflex’ in mind, compare these two articles and the different message they send.

Lastly, the piece that sparked my commentary, is it a piece of disinformation?  Or is it a factual piece?

First, how do you discredit a movement?  You feed noise in.

I was not really impressed with Yaeger’s interview technique – to use smear words against an opponents arguments to me is a losing tactic, to other people they just listen to the words and let the emotion hit their subconscious, for me the hair goes up on the back of my head.  She uses smear against Veterans Today and Gordon Duff – bad tactic – as does Anthony Lawson.  Second, Lawson states about how some of James Fetzers ‘facts’ don’t check out but I have tried to check out Lawson’s counter facts and found them equally ‘shadowy’ – so who is telling the truth?  Both?  Neither? or are the truths blended?

Second, Veterans Today could be feeding noise in just as easily as Carolyn Yaeger – probably is in fact.  The question is this – is the VT noise so outlandish as to be unbelievable?  I’m a professional engineer and I don’t find it so, there are some things I question – but overall I don’t find the information they provide unbelievable.  That is not to say I would find everything Lawson says unbelievable either.

You be the judge.