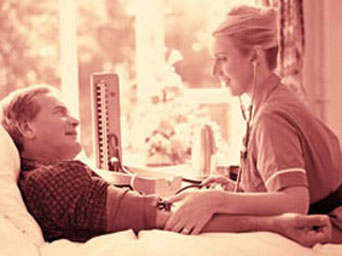 Veterans treated at the Miami VA hospital rate their care as outstanding, a survey by this reporter finds.

Although the sampling was small, when asked to grade the hospital on a scale of one to ten, the combined ranking was 9.2. In fact, only one veteran rated the care as low as 6. And nearly half the respondents gave the hospital a perfect 10. The survey was made on the hospital grounds over the November 16-17 period.

The survey was made just as the VA replaced hospital head Mary Berrocal with Cheri Szabo, the medical director of the West Palm Beach VA facility. Berrocal was transferred in the wake of revelations that 3,000 vets in 2009 underwent colonoscopy procedures with instruments that had been washed but not sterilized.

Of the 3,000 veterans exposed, the Associated Press reported, five later tested positive for HIV, eight for hepatitis C and one for hepatitis B. None of those interviewed in the survey sampling volunteered they had been in the colonoscopy group.

The veterans praised the professionalism and the attitude of the doctors and nurses and universally expressed satisfaction with their treatment. The main complaint was voiced by the Coast Guard vet who said, “if they could only pick up the schedule” and by the Navy Purple Heart recipient who said, “the service can be a little slow.” Generally speaking, though, the veterans made allowances for “overcrowding.”

“Sometimes you got to wait two or two and a half hours” to be seen, said Jose Negron-Perez, 67, an Army veteran. But once treatment begins, he has no qualms: “I’m in dialysis three times a week and they do a very good job.”

“I’m very happy with the doctors and staff,” said Army vet Donald Moore, 49, of Miami, whose assignment was to guard U.S. bombers in Germany. “I can go on and on about how well I’m treated.” One vet who declined to be quoted by name added, “They have a really good spinal chord unit here.”

“The doctors and staff seem to go out of their way to help me,” added Roy Lawrence, 65, a former Army radio operator. And a 48-year-old former Army airborne veteran said, “They’ve never let me down and the food is great.”

One Navy veteran, now 53, with heart and kidney problems, said, “They saved my life. You don’t get this treatment anywhere else. And the people are so friendly!” And Edward Gray, of Miami, a Coast Guard veteran who gave the hospital a 99.9 per cent rating, said, “I was a slave to crack. It was costing me $700 a month. I was treated here and I’ve been clean for 12 years.”

Several veterans stressed their relief that the VA picked up the bills for their care. Praising the doctors as “wonderful,” Viet Nam era veteran Charles Barnett estimated his bill for surgeries in a private hospital would have cost him $60,000.

John Smith, 65, a Navy veteran who served during the Viet Nam war, said, “I wouldn’t be living without the pacemaker they put in me two years ago. The operation would have cost $8,000. They saved my life right here.”

Appraised of the findings of this survey, Suzuki said, “I think it’s a reflection of the dedication of everyone at the VA and I’m proud that our patients think so highly of us.”

About the Author:  Sherwood Ross is an Air Force veteran who formerly reported for major dailies and wire services. Currently, he runs a public relations firm “for good causes” and writes on military and political topics. Reach him at [email protected]