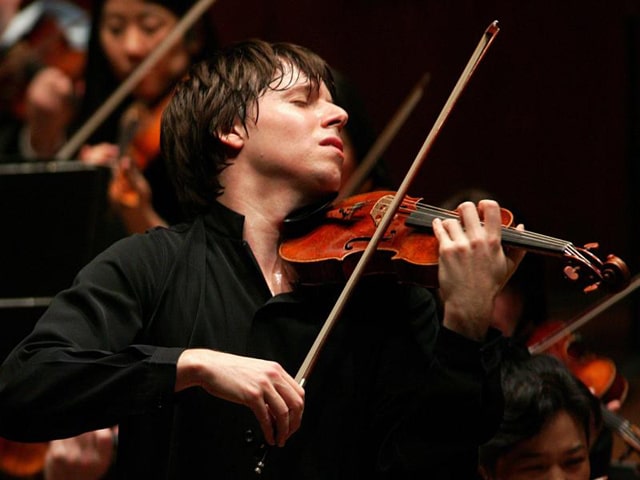 Beware the barrenness of a busy life. –Socrates

Following is a true story that evolved out of a social experiment about perception, taste and people’s priorities.  It was organized and conducted by Gene Weingarten of the Washington Post.

While the story has enjoyed nominal circulation, it deserves a larger audience. The full original story can be seen online here: Pearls Before Breakfast

In Washington, DC, at a Metro Station, on a cold January morning in 2007, a man with a violin played six Bach pieces for about 45 minutes.

During that time, approximately 2,000 people went through the station, most of them on their way to work.

After about three minutes, a middle-aged man noticed that there was a musician playing. He slowed his pace and stopped for a few seconds, and then he hurried on to meet his schedule.

About 4 minutes later:
The violinist received his first dollar. A woman threw money in the hat and, without stopping, continued to walk.

At 6 minutes:
A young man leaned against the wall to listen to him, then looked at his watch and started to walk again.

At 10 minutes:
A three-year old boy stopped, but his mother tugged him along hurriedly. The kid stopped to look at the violinist again, but the mother pushed hard and the child continued to walk, turning his head the whole time. This action was repeated by several other children, but every parent – without exception – forced their children to move on quickly.

At 45 minutes:
The musician played continuously. Only six people stopped and listened for a short while. About 20 gave money but continued to walk at their normal pace. The man collected a total of $32.

After 1 hour:
He finished playing and silence took over. No one noticed and no one applauded. There was no recognition at all.

No one knew this, but the violinist was Joshua Bell, one of the greatest musicians in the world. He played one of the most intricate pieces ever written, with a violin worth $3.5 million dollars. Two days before, Joshua Bell sold-out a theatre in Boston where the seats averaged $100 each to sit and listen to him play the same music.

Someone suggested that this experiment raised several questions:

One possible conclusion reached from this experiment could be:

If we do not have a moment to stop and listen to one of the best musicians in the world, playing some of the finest music ever written, with one of the most beautiful instruments ever made, how many other things are we missing as we rush through life?

There’s more to this story than a question of whether we can appreciate beauty anywhere at any time.

The question of whether we appreciate talent in an unexpected context is more relevant to most of us.

How many of us take the time or have the inclination to read or listen to great thinkers and writers?

How many people are even vaguely aware of what’s going on in the world? How many of us attempt to justify ignorance with clever statements?

Perhaps Mark Twain was right when he grumbled, “To succeed in life, you need two things: ignorance and confidence.”

We move through life absorbed in ourselves, in our jobs, our obligations, expectations, hopes, yesterday’s problems, today’s anxieties and tomorrow’s dreams.

How much do we miss as we rush through life?