Are We Losing Our America – To Whom, and Why? 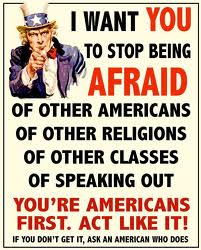 I came home to a country still divided between “liberal “ and “conservative” with Liberal being defined as un-American, godless, devil like bunch of people who really do not belong to America.

It’s a country and state (VA) where Conservative Republicans present themselves as as God fearing, loyal and patriotic Americans, who rule with a fatal indifference to the nation and people, with narrow-minded views of the problems facing the nation and even narrower views of the solutions.

Coming home for Thanksgiving is my favorite of all religious and national holidays. I remember my first one in the US in Rockford, Ill when my late Dad and us kids drove the distance from Gary, Indiana to Rockford to attend our first Thanksgiving.

It was snowy, beautiful small towns and it has such a lasting impact on me and the things I most remember about being in America.

Of course living in the Greater Washington DC area one could not help but follow the national and local news and of course, all do not speak well for America or the American people.

Following the Republican presidential debate and campaigning, one has to wonder is this what America is all about, guys like Rick Perry, Michele Bachmann or Herman Cain, or that creepy chameleon Newt Gingrich and his $100 million enterprise (Praise the Lord). Thank God we no longer have Sarah Palin as a candidate!

One has to wonder how a guy who made a “Contract against America” the center of his congressional career, can earn over $100 million, money he earned from groups and organizations that has vested business with the government, like Freddie Mac and health care industry.

Money made from speaking engagements to stupid fools and organizations that pays him some $60,000 for one hour speech, more money than a hard working steel mill worker in Ohio makes an entire year.

There is something very wrong with our beloved America and with us a people and citizens to have this bunch running for the presidency.

Even more pathetic is candidate Herman Cain with his 9-9-9 tax policy, a man who was too busy hustling women than running the National Restaurants Association.

I really have no idea what this man has to offer the nation and why is he running for the highest office in the land, perhaps to set him up like Newt to earn millions afterwards.

I never can understand why this great nation with so many brilliant people can only offer the nation the likes of Herman Cain, or Rick Perry, or Michele Backmann or Newt Gingrich.

Watching footage of past Republican presidential debates, I was wondering how can these guys or gal really think they are fit and qualified to lead this nation? With “leaders” like this for sure we will not be a great nation for too long.

There is something fundamentally wrong with our police process that allows the likes of Herman Cain, Rick Perry, Newt Gingrich or Michele Backmann to compete for the presidency.

Since the Reagan years I believe and I am convinced that Main Street and the American people have been under assault by narrow minded incompetent and unfit politicians colluding with God’s representative on earth such as Pat Robertson, the late Jerry Falwell.

And you can add in colluding with international bankers, Federal Reserve and greedy corrupt Wall Street, while the nation and the economy were going down hill, and with tens of millions of people losing their jobs and homes that the nations’ leading think tanks were providing.. 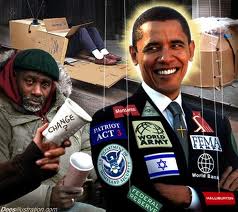 More troubling is the main stream media was bogged down in trivial issues as Monica Lewinski and her bra and  dress, or celebrities while other nations specially China was rebuilding and re-inventing itself to become an international power.

Think tanks, investment bankers, leading businessmen even politicians were looking at China as a great potential market for “made in America” products.

Within twenty years, most “Made in America” products disappeared with most if not all American homes having “made in China” products.

Thanks to companies like Wal-Mart, Sears, JC Penny, Home Depot, Best Buys we became a nation of minimum wage, that is if we can find a job. And China became an industrial giant with millions of millionaires, an economic power to reckon with.

Well that should tell us something about the smart and competence of our nations’ “think tanks”, our leading politicians and investment bankers. While American executives where thinking of selling Pepsi and Coke to the China, the Chinese leadership were thinking of selling every thing to America, making America “Made in China” product.

Within a span of 30 years the nation became dependent on China and other countries to keep it financially afloat. This country of ours that helped rebuild Western Europe, Germany and Japan became a second rate industrial power with millions of jobs in manufacturing lost forever.

One has to wonder what WalMart with its vast investment in China has done to Main Street America? And how many hundreds of thousands of small business had to close down forever because WalMart killed Main Street and that is true all over America?

Other than a lone gas station, Main Street, as we knew it, almost disappeared even fast food joints closed down because Main Street was simply abandoned.

We all have to remember the numbers of times Wall Streets and its army of criminal crooks and its sponsors on Capital Hill fleeced us of our savings, of our investments with series of well organized, criminally minded.

Next they his us with well planned economic and financial schemes and scandals, such as the Saving and Loan Associations scandal, the Junk Bonds scandal, the Internet Bubble, the Enron Scandal, the Telecommunications Scandals, and most recently the Sub-prime Loans scandals.

Trillions of dollars simply disappeared from institutional balance sheets such as municipal and state retirement funds.

Stocks in major corporations became worthless, with hundreds of billions disappearing from our 401Ks. With the exception of few cases, these major criminals are on the loose making tens of millions in bonuses.

This money, our money, simply did not disappear it went into the accounts of Wall Street investment executives and bankers, it went into political contributions to our national politicians and political parties, and that explain how someone like Gingrich can pull in $100 million in few years.

Our leading national politicians, Wall Street investment bankers and lawyers, the nations’ leading Oligarchs all have conspired against Main Street and subsequently against America and its citizens.

Question, will we the people do something about it in the next national election? Will we allow Wall Street, American Oligarchs, foolish and reckless leadership to take us for another ride?