The Duping of American Jews in An Election Year

I consider it a source of pride, being on the attack lists of the SPLC, ADL and most Nazi groups at the same time.  It makes me feel…American.

VT, perhaps, and I consider it accidental, the most influential independent news source in the world, actually could very well be a Jewish publication.

We are liberal, progressive, multi-cultural and easily have the best educated and most experience writing and editorial staff anywhere.  Why, you might ask?

We are the folks who know the games, the manipulation, in fact, some of us are those who invented the games.  We just aren’t playing anymore.

Why does this make us an enemy of the ADL, even though we are quite “Jewish friendly” and on the hate lists of the knuckle-draggers, the phony Dominionists and Evangelists, the Supremacists and the Neocons?

You don’t know who Dominionists are and how they hate Jews?  Learn the history of Mikey Weinstein and his war against this group.  This is a real history lesson.

It isn’t me that should be asking this question, I already know the answer.

Let’s cut to the chase.  We supported Obama.  78% of American Jews voted for Obama.  His relationship with Netanyahu is, at best, extremely bad.

However, if you are a Jewish American and follow the real news in Israel, you know folks are leaving.

The economy is all arms and military,  Russian non-Jews are loading up the country and young Jews there are facing worse economic and housing issues than in America, much much worse.

Netanyahu and his gang of economic cut throats and morons did this.

They were busy playing “Masters of the Universe” with the right wing nutcases in America, stoked to the gills with delusions of empire and have now backed themselves into a corner.

I am not saying Israel is insecure.  You know over half of those slated for IDF service now politely decline.

There are also deals in Russia.

What do I call this?  “Too much time on their hands and too little common sense.”

Let’s get some facts straight.  The real Jewish homeland has always been America.

For once in his life, Abe Foxman, the snake oil salesman that runs the ADL is right, antisemitism is on the rise in America.

He isn’t totally responsible but he is to some extent.  His industry is “antisemitism.”  Sometimes you want something, you get it and you are sorry.

The SPLC is the same way but even crazier and greedier.  I won’t explain who they are, you will know.

Let’s take a second to talk about the Palestinian issue.  If you grew up here or in Israel, the history you were taught is false.  If you want to know your history, go to Uri Avnery.

Nobody has clean hands, live with it.  But lying is its own danger.  Believing lies is worse, it cripples your intellect.

The best solution is to reintegrate Palestinians, a great people with tremendous commercial and economic skills, into Israel.

This is what is best for Jews.

Today, nearly a million foreign workers are in Israel, some for generations.  This is simply not sustainable but also reflects human tragedy.

The coastline of Palestine would look like Dubai if this had already been done. And yes, a name change would be in order, a show of good faith. No nukes and a new name…New Palestine.

Then we have the changing world. 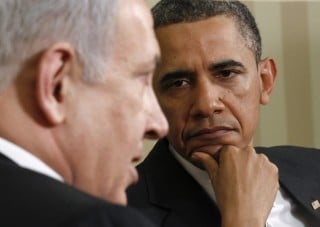 Europe is coming apart.  Putin is failing in Russia.  China is less economically viable than seen.  India is the same, much less resilient than guessed.

The “neighborhood,” Egypt in particular is going to have an Islamist government bought and paid for by Saudi Arabia.

This is bad for everyone though the Muslim Brotherhood can be dealt with.  Look on this as one of those failures that the “Masters of the Universe” didn’t plan for.

The real answer for Gaza, with a new Egyptian government, is to bring in an independent peace keeping force, if possible, American.

This isn’t something stated casually but something for very serious consideration.

If America is going to spend “trillions” guaranteeing the safety of Israel, then take them up on it. In the process, we can also correct real injustices against the Palestinian people and create a generation of security.

This will be opposed by many, war is profitable and there are more than a few delusional types that love telling scary bedtime stories.  Time they are put on the medication they have required all along instead of running the world.

The biggest disaster is America.

America is at risk.  The big money and I mean Jewish big money is behind Newt Gingrich, curiously the candidate of the great antisemitic renewal as well.  But then, he is such a smart guy, isn’t he?

What isn’t being addressed, not sanely anyway, are the multiple currency collapses that have been purposefully engineered since 9/11.

Our “Masters of the Universe” threw in with the Neocons on 9/11.  If you have been told different, please give this a moment of thought.

Why has “9/11” become a bigger “third rail issue” for some than “holocaust denial?”

The “greater Israel” Likudists jumped right into that one, believing it would all be over in 2 years, Afghanistan, Iraq and then a quick overthrow of the Mullah’s in Iran, backed up by an under the table deal with the Russians.

If all of this sounds “implausible,” find someone, perhaps a relative, who is “connected.”  This isn’t conjecture, it is all highly classified stuff that we are hiding in plain sight.  I do so love deniability at times.

Here is the advisable plan for the US:

What we have learned, however, as soon as a Jew, let’s say Gilad Atzmon, begins what we have all been taught from birth as an intellectual dialog, we see Alan Dershowitz or others come out of the woodwork like cockroaches to silence them.

A test for any hypothesis is simple.  It is like a test of sanity.  To me a crazy person is someone who keeps doing the same thing and expects it to work out differently.

Admit it or not, Israel has a stranglehold on the American congress, that and more, the media as well.

But is this a Jewish influence or the influence of groups representing themselves as “Jewish” but totally lacking in Jewish values and traditions?

Look at the results:

What are the solutions?

I am not so naive as to ask anyone to disarm to trust without strength and guarantees.  However, any rational person can look around them and realize they are in a burning building.

Why would anyone turn to someone who sees gasoline as a way of putting out fires?