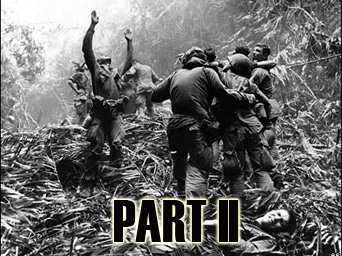 Israel is a Crown colony whose purpose is twofold—to prepare the way for the adept’s philosophy of One World, One Bank, OneFalseGod, and to serve as the Crown’s wedge in the oil rich, Muslim dominated Middle east.

Suffice it to say now that the Crown’s philosophy is antichrist (Talmudic), and it certainly shows up in the way Christianity is treated in the mainstream culture and media. Incidentally, the mainstream media (MSM) are controlled by the Crown through interlocking directorates, thus the media always serves their purposes rather than the truth.

It is impossible for me to name individuals from within the directorate of the Crown with any certainty because they strive for anonymity, but their names are not important since we can easily analyze their deeds from the events of known history. It is by their fruits that we know them.

Any conspiracy nut worth his salt will tell you that “they” financed Lenin and Trotsky and Hitler in our modern era. This, of course, refers to an “immaculate they” which is my all-encompassing pronoun used to describe some high cabal—such as our very real Crown from the City of London.

In another paper I summarize the philosophical side of this massive conspiracy so that the events we use to illustrate it here make even more sense in a perverse way.

At this point we stay with economic manipulation, which is the bride of religious manipulation. (They have proved that money can buy religious fervor—today’s oxymoron Christian Zionists.)

Today’s insane geopolitical mess began in the 1880’s and picked up steam after the turn of the 20th century.

The Crown had worn out the taxpaying base of the British Isles for maintaining the Empire fiction, especially after costly wars in the “Raj” which is how they referred to India and SE Asia. Then another war to take South Africa at the turn of the century, so they simply adopted or usurped the masses of the United States by manipulating the US to take over the forefront of their imperialism.

The United States was steered into a Spanish American war of Imperialism simply to establish a junior partner for the Crown’s empire. With eyes on instigating WW1.

Philosophically, Jerusalem is the most important location of these long-range planners.

Britannia ruled the oceans for more than 200 years, and established the Crown as the premier world power (money creating and lending institution). It became apparent to the Crown very early in the oil-patch game that “black gold” was going to rule the world’s economy—they correctly deduced that nothing else would be so dominant in the mechanical world as fuel for the machines. Petroleum fuel quickly became the most important facet of international economy. Up until oil became king, control of the oceans was the key.

Whill the rest of the world thought in terms of coal fired steam engines that dominated the first half of the 19th century, the Crown with its tremendous resources and control over academic and technical institutions correctly assumed that petroleum oozing out of the ground would very soon dominate all endeavors of mankind.

Until nuclear energy came along, oil was the cheapest, most abundant source of energy having a favorable energy-in/energy-out ratio.

(One little aside here: history remarks on how Henry Ford saw the danger of the financial cabal and battled against the Crown his entire life. In bitterness, Ford blamed the “Jews” which illustrates how clever the Crown really is at establishing scapegoats. Yes there have been Jews on the Directorate, and Masonry is very much a Talmudic philosophy, but those ordinary folk who call themselves ethnic Jews are also unwitting cannon fodder. The phenomenon of “anti-Semitism” or hating a Jew simply because he is a Jew serves the Crown’s manipulations well. For example, note how the “holocaust®” was used to forge modern Israel.)

The early merchant kings had honed their skills going back to the days of trade routes across Asia, so they easily controlled steamships and railroads at the dawning of the industrial revolution. Besides, the Crown also had a long-time controlling hand in all the insurance and stock exchanges worldwide. They automatically controlled anything and everything that could be called “capital intensive” because they created and ruled the capital.

For example, John D. Rockefeller had to get a lot of financing to establish his early “capital intensive” Standard Oil monopoly; The Nobel family of Sweden developed the world’s first major oil field at Baku in Azerbaijan on the Caspian Sea but the Crown took over control during WW1 in a diabolically brilliant plot.

Just as petroleum blossomed into black gold with the advent of Henry Ford’s auto manufacturing assembly line after 1903, the Crown realized the British Empire was on the wane. Competition from Germany was serious, Russia had always been a threat, and the United States had survived the civil war, which the Crown had helped to instigate.

The Ottoman Empire was also on the wane, while it appeared that huge amounts of oil lie buried beneath Muslim dominated real estate.

You can only imagine how difficult it is to manipulate an entire world population of stubborn and irrepressible human beings to bring about total dominance of all trade, all war, all commerce, and all money. It wasn’t easy, but they did it—their New World Order (not ours) is virtually here.

In the early decade of the 1900s, if the Crown were to maintain its worldwide power in the face of seething nationalistic populations, all with strong desires of their own, it had to act boldly.

So, around the turn of the century, not only did they cleverly enlist the United States in aggressive steps toward Imperialism by fostering the Spanish-American war, they also took South Africa away from the Boers, and arranged for the Japanese to have a very strong modern navy in order to keep Russia out of the Pacific. After all, the Crown had long prevented Russia from getting a seaport in any warm waters to the south and west, and there was no need to acquiesce in the Pacific. The Japanese stunning naval defeat of the Russians in 1902 did the trick neatly, and the Crown directors smiled silently as the Russian bear remained landlocked—and long-range plans for “pearl Harbor” were hatched. After all it was Crown armaments giant, Vickers who built all the Japanese ships and armaments.

There is nothing in the above recitation of history that is not well known—except, perhaps, the central role of the Crown. Historians insist upon calling it the “British” Empire, but the people of Britain had absolutely nothing to do with it.

The “Commonwealth” is an interesting term for nations who are tied directly to the Crown. All the millions of subjects (not citizens) in the Commonwealth have no say, nor anything to do with the Empire, except to play the same pretend politics we play in the US today and provide able bodies for the military and all the tax dollars. (and the corrupted politicians)

In the coming third part, key details of the “great war” billed as the war to end all wars are covered.