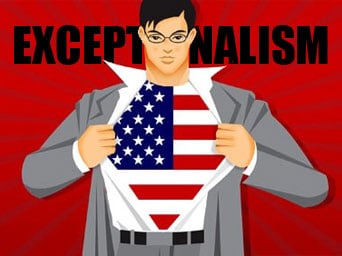 A Rationale for Vitriolic Responses to Several Areas of Government Misconduct

I’ve written frequently about unacceptable political behaviour– wars, occupations, deception, hate–the negative things that make the news every day, and some things that never see the light of the media.

A critic of mine once said that my writing was often vitriolic. He was nearly right, and I haven’t seen much wrong with vitriol unless it was overdone.  Some actions should provoke anyone’s ire.

I frequently write with scorn about events that never should happen or about people who violate decency or display malevolent behaviour.  Sharp criticism supported by facts can open the way to awareness.

Several things need a heightened awareness among a broader public:

When law enforcement in America starts to look more like a branch of the military, the stifling of dissent looks like the government is infringing on citizens rights.

Those who witness the violence of these actions know that trampling on dissent is wrong, but don’t know what to do about it.

This has been the case recently in Egypt, Libya, Yemen, Bahrain and Syria.  What started with the acronym Arab spring turned into American fall (not autumn) in dozens of cities. Arrests of Occupy Wall Street protestors have been common all across the country.

Few things are more aggravating than the wilful violation of the American Bill of Rights.  Government bills like the Patriot Act and the latest defence bill have had full government support.  Americans will now be subject to indefinite detention without trial in federal courts.

As several people have observed, America has been fighting “…wars of choice not of necessity.”

It’s only natural for peace lovers to object scornfully to choices like Afghanistan and Iraq that waste lives and destroy economies.

There’s nothing related to America’s national security that would justify indiscriminate bombing of any country because they might someday develop an atomic bomb.

It’s extremely irritating to listen to war hawks in America or Israel lying about available intelligence to justify their calls for the death of thousands of innocent people.

That’s exactly what both Israelis and Americans have done with the November 2011 IAEA report warning that Iran appears to be on a structured path to building a nuclear weapon.  Both Israel and America have already committed covert acts of war, apparently hoping to provoke Iran.

It’s easy to become disturbed by the fiddling that’s been going on at the climate change conference in Durban. Many people there have no interest whatsoever in halting climate change.

Recounts Policy Studies Fellow Daphne Wysham, “Gas emissions spiked by a record 6 percent last year, the U.S. is once again obstructing meaningful action on climate change.” When America is the culprit, I vent my anger caustically.

The worst victim of climate change is Africa. Professor Michael Dorsey of the Environmental Studies Program at Dartmouth College said, “This current draft text in circulation is a death sentence for Africa.”

Carmel Cacopardo, spokesperson on sustainable development said, “The climate change talks in Durban have failed once more. …the issues were just postponed to another time. The agreement to conclude by 2015 and implement by 2020 is no conclusion at all as when the agreed deadlines are reached the same issues which have prevented conclusion today will probably crop up once more.”

The rich get richer:

The “haves” don’t give a damn about what happens to the “have-nots” and that provokes me enough to spew a lot of contempt on their greed.

Every time I read about millionaires who evade taxes and blame the poor for their own poverty, I become resentful of the wealthy who get rich at the expense of cheap labour.

Deserving a biting critique is Republican presidential candidate Newt Gingrich who recently complained “Really poor children in really poor neighbourhoods have no habits of working and have nobody around them who works,”

It’s difficult to avoid being embittered by claims about national security, often used as an excuse to prevent us from seeing the government engaged in unethical, unconstitutional and sometimes illegal practices that have nothing to do with security and everything to do with protecting the wealth of the rich. 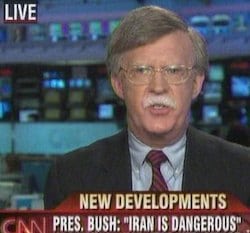 The mythology of American exceptionalism:

My ire is aroused when I hear braggarts, like past US ambassador to the UN John Bolton, argue that “the United States could not be “legally bound” or constrained in any way by its international treaty obligations. The U.S. needed to “be unashamed, unapologetic, uncompromising American constitutional hegemonists…”

Author John le Carré wrote in the London Times, “God appointed America to save the world in any way that suits America. God appointed Israel to be the nexus of America’s Middle Eastern policy and anyone who wants to mess with that idea is a) anti-Semitic, b) anti-American, c) with the enemy, and d) a terrorist.”

That disgusting example of combined American and Israeli exceptionalism should make any thinking critic respond with disdain.

Caustic comments, where justified, are better than appalling silence.

Gingrich: ‘I Will Ask John Bolton To Be Secretary Of State’: