Home Veterans A Holiday Message From The Secretary 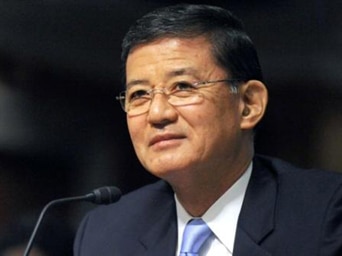 On Christmas night, 1776, General George Washington led a poorly-clothed, poorly-equipped, and poorly-fed American Army across the icy Delaware River to attack well-equipped Hessian troops at the garrison in Trenton, New Jersey.  The determination of the beleaguered Americans carried the day; they achieved total surprise, capturing 900 prisoners and their cannon.

In December 1950, Marines and Soldiers of X Corps surmounted overwhelming odds by breaking out of the Chinese encirclement at Chosin Reservoir.  On Christmas Eve, their evacuation from the port of Hungnam completed a masterful retrograde operation that would help turn the tide against North Korean and Chinese advances early in 1951.

For more than two centuries, since Trenton, New Jersey, American men and women have stood watch, safeguarding some of our most cherished traditions, while they and their families sacrificed theirs.

On Christmas 2011, thousands of Americans will be home for the holidays because of the President’s commitment to begin bringing our combat troops home.  Yet, tens of thousands of others will continue their difficult and lonely missions of protecting us.

VA honors, remembers, and thanks the men and women of our Armed Forces and their families, who are serving us this Holiday Season around the world.

I thank each VA employee for your commitment and compassion for these servants of the Nation when they come to us as Veterans.  You make VA the great organization that it is by advocating for them.

To our men and women in uniform, to our 22 million Veterans, and to our 315,000 VA employees and all your families, best wishes for a joyous Holiday Season, and heartfelt thanks for the great gifts you provide to this country – the freedom to choose how we live our lives in this great Nation.  God Bless America.