Home Government End of Year Lament and the NDAA 2012 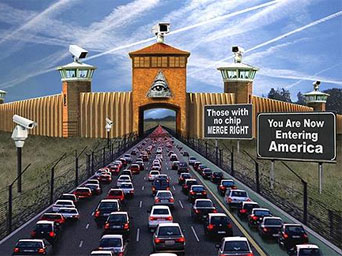 “Violence begets violence. Hatred begets hatred. And terrorism begets terrorism. A white ambassador said that y’all, not a black militant (Ambassador to Iraq, Edward Peck). Not a reverend who preaches about racism. An ambassador whose eyes are wide open and who is trying to get us to wake up and move away from this dangerous precipice upon which we are now poised…” Jeremiah Wright, September 16, 2001

Prophets fare poorly in their own country, yet countries would do well to hearken to their prophets. Scorn, ridicule, and innuendo attend their pronouncements as the righteous defend their actions as logical, existential and necessary.

Jeremiah Wright suffered such scorn and mockery because he understood the consequences of revenge on the innocent and the defenceless, justified by whatever inane discourse. Wright spoke truth to power that Sunday after 9/11 and the righteous cried to heaven condemning him to perdition for defaming America, for even suggesting that revenge for the sake of revenge is the motivation of the arch fiend against the Almighty, the foulest, most ignorant, most amoral rational for action.

Prophets anticipate truth; they review a nation’s past history and can predict its future. Witness America’s past as the Reverend Wright did that Sunday morning, and what America is doing now repeats its ugliness. Wright said this about America’s past:

He pointed out, a white man, an ambassador, he pointed out that what Malcolm X said when he was silenced by Elijah Mohammad was in fact true, he said Americas chickens, are coming home to roost.”

That was the Sunday after 9/11, 2001 when Wright quoted Ambassador Peck. But even that  list of America’s atrocities is not complete as Mark Twain would attest in his recounting of the massacre of the Moro’s at the turn of the last century 1900 and our disastrous foray into Vietnam when we lost 58,000 American soldiers and killed millions of Vietnamese and Cambodians.

This is the America that exists now: we preach righteousness, but lie with impunity; declare God’s mission to bring freedom to the mid-east, then decimate the women and children, the old and infirm as necessary collateral damage; proclaim the existence of Weapons of Mass destruction, then massively destroy a nation’s infrastructure, steal its natural resources, take control of its government replacing it with a favoured puppet; and then write the history to extol our righteousness while defaming the defenceless people decimated. Wright knew.

Perhaps our President might hearken back to a time when principles mattered, when truth mattered, when might did not make right, when the souls and hearts of people mattered, when justice and equality mattered not deceit and dominance over all. When did America become a dictatorial empire manipulated by an elite few using the Presidency like some houseboy to do their bidding? When did the founding documents get trashed, mocked and ridiculed as weak, worthless, and obsolete? When did the American people vote to become the dominant empire in the world?

What interests of the people demand that this nation establish military bases in about 140 nations around the world then threaten the nations of the world with pre emptive slaughter should they dare to embark on economic or military equality with the United States? How do the actions implicit in these questions reflect a nation based on the rule of law, on justice for all its citizens, on equity of rights and recognition of rights, on the morals inherent in the Bill of Rights and the ideals enunciated in the Declaration of Independence?

Let’s say it loud and clear, the America of our founding fathers no longer exists; America is owned in mind and pocket book by those who have purchased our representatives, propagate their news through the corporate controlled media, determine the receivers of our tax dollars salvaging those who wrought havoc with our economy, write the legislation that controls the American people orchestrated through the largest conglomerate of a police state ever assembled, Homeland Security, and in its final nail in the coffin of human rights has legislated the abolishment of habeas corpus and rule of law by installing the draconian National Defence Authorization Act (NDAA 2012). This act in the words of Jonathan Turley, expert in constitutional law (December 21, 2011 on C-Span, gives dictatorial power to the President:

President Obama has just stated a policy that he can have any American citizen killed without any charge, without any review, except his own. If he’s satisfied that you are a terrorist, he says that he can kill you anywhere in the world including in the United States.

Two of his aides just … reaffirmed they believe that American citizens can be killed on the order of the President anywhere including the United States.

I don’t think the Framers ever anticipated that [the American people would be so apathetic]. They assumed that people would hold their liberties close, and that they wouldn’t relax…

This is the President that rejected the Reverend Wright’s prophecy, that capitulated to his new masters who demanded that he repudiate him, that now elevates himself to the role of Judge, Jury and executioner, the role that used to be played by the Sheriffs of the old segregated south when they turned a blind eye to those dragging a slave to the hanging tree. Indeed, we have turned back in time to that denunciated by a real leader of men, a man born into slavery, Frederick Douglass, when he described the America he lived in just before the Civil War:

What, to the American slave, is your 4th of July? I answer: a day that reveals to him, more than all other days in the year, the gross injustice and cruelly to which he is the constant victim. To him, your celebration is a sham; your boasted liberty, an unholy license; your national greatness, swelling vanity; your sounds of rejoicing are empty and heartless; your denunciations of tyrants, brass fronted impudence; your shouts of liberty and equality, hollow mockery; your prayers and hymns, your sermons and thanksgivings, with all your religious parade, and solemnity, are, to him, mere bombast, fraud, deception, impiety, and hypocrisy—a thin veil to cover up crimes which would disgrace a nation of savages. There is not a nation on the earth guilty of practices, more shocking and bloody, than are the people of these United States, at this very hour.

Go where you may, search where you will, roam through all the monarchies and despotisms of the old world, travel through South America, search out every abuse, and when you have found the last, lay your facts by the side of the everyday practices of this nation, and you will say with me, that, for revolting barbarity and shameless hypocrisy, America reigns without a rival.

The American people are now in Douglass’ shoes; they have been put on notice that any pathological employee of Homeland Security, of the armed forces of the United State, of our local police and National Guard, can suspect a citizen of associating or being engaged somehow with “terrorists,” can be arrested, interrogated, imprisoned indefinitely, without charge, without review except his own. The America Douglass so graphically describes existed up through the 100 years of segregation until the Civil Rights movement of 1954 got under way. We’ve had a modicum of equality for the past 50 years brought on by national movements that made clear to the government that they were elected to serve the people, not arrest them.

But let it also be said that the America Douglass describes, the one grounded in “bombast, fraud, deception, impiety, and hypocrisy,” still exists outclassing its past a hundred fold. Our savagery knows no bounds: we decimate people wantonly throughout the world as Dresden, the fire-bombing of Japanese cities, Hiroshima and Nagasaki, Vietnam, the sanctions against Iraq, the illegal invasion of Iraq, the unqualified military support we provide to the Zionist government in Israel against a defenceless people, the abominable use of drones against the people of Pakistan and Afghanistan, the continuing development of weapons of mass savagery and our willingness to develop further atomic weapons graphically illustrates.

The numbers slaughtered in this review is in the millions–not all dressed in combat fatigues. The numbers of the defenceless and the innocent outstrips those trained to kill. All of those slaughtered happened outside the United States and every son and daughter, mother and father, sister and brother, aunt and uncle, grandfather and grandmother felt the pain of loss that was to our forces a “body count.” “Revenge is mine sayeth the Lord.” “Violence begets violence, hatred begets hatred, terrorism begets terrorism,” so rings the prophetic knell of the Reverend Wright to his congregation one of whom happened to be our current President Barack Obama. Would that he had listened, for if any man was ever elected to the office of President to change the world, this was the man and he has failed.