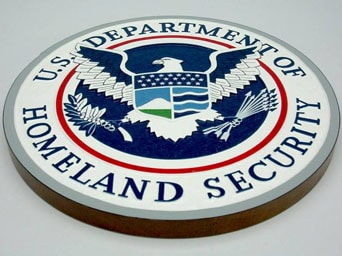 Part I – Congress Attacks the Constitution

(23 December 2011) – The U.S. Congress has ended the year 2011 by assaulting the Constitution. The attack came in the form of the 2012 National Defense Appropriations Act (NDAA) which passed both the House (December 14) and the Senate (December 15) by large margins despite having an attached provision (the “Homeland Battlefield Bill”) that allows the United States military to take into custody and hold indefinitely without trial, any American citizen designated a “terrorist suspect.”

As if to make sure that everyone knew just what they were voting for, Senator Lindsey Graham, Republican from South Carolina who supports the legislation, said on the Senate floor, “the statement of authority to detain, does apply to American citizens and it designates the world as a battlefield, including the homeland.” That means U.S. citizens designated terrorist suspects are stripped of their protections under the Constitution. They simply fall into a judicial black hole. Ironically, Congress did this to the country on the 220th anniversary of the Bill of Rights.

At first it seemed that President Obama was prepared to veto the bill so as to prevent this attack on citizen rights. But this proved to be untrue. What Obama was really interested in was language that prevents the military from interfering with the work of the FBI in cases of suspected terrorism. Actually, this should add to our worries because the FBI has a disturbing record of manufacturing terrorists out of poor and disgruntled U.S. citizens. Given the numerous scams and entrapment scenarios the Bureau runs, we will probably see a macaberesque two-step dance where the FBI makes the terrorists and the military takes them away, never to be seen again outside of Guantanamo Bay. Guantanamo Bay has become Washington’s version of Devil’s Island.

Here are some reactions to the Homeland Battlefield Bill:

The odd thing about President Obama’s willingness to sign this bill and, as Human Rights Watch notes, “go down in history as the president who enshrined indefinite detention without trial in US law,” is that the FBI, the CIA, the Director of National Intelligence, the Attorney General, and the Secretary of Defense, among others, all oppose it. The military in particular appears to have no wish to destroy a 200 year tradition of non-interference in domestic affairs. In fact, according to Heather Huburt, the executive director of The National Security Network, a non-profit organization focusing on national security, “you can’t find any national security experts in favor of these provisions.”

Yet the President, faced with a large bi-partisan Congressional majority anxious to prove to the American people that it is as willing as they to “give up essential liberty to purchase a little temporary safety,” and also having been assured of a cooperative legal arrangement between the military and the FBI, quickly jumped on the bandwagon. One can only assume that nothing in the Homeland Battlefield Bill goes against Barack Obama’s principles–whatever they may be.

Before we are overrun by doom and gloom, it is best to put this situation in historical context. Throughout U.S. history there have been episodes when the Constitution was disregarded and citizens rights trampled on. For instance:

a) As early as 1798 with the Alien and Sedition Acts.
b) In 1830 when President Andrew Jackson ignored the Supreme Court and illegally evicted the Cherokee of Georgia.
c) When the otherwise revered Abraham Lincoln started to ignore due process and arrest and hold people thought to be a danger to the Union cause during the Civil War.
d) Woodrow Wilson, otherwise seen as making the “world safe for democracy” instituted the questionable Espionage Act of 1917 and Sedition Act of 1918.
e) Followed by President Harding’s mostly illegal deportations during the Red Scare of the early 1920s.
f) Then, of course, there was the illegal incarceration of Japanese Americans during World War II
g) And, in the 1950s under Truman and Eisenhower, the U.S. went through a second Red Scare entailing blacklists, loyalty oaths and the McCarthy hearings.

There are a number of lessons we can drew from these episodes:

First – The party leaders and administrations that initiated these illegal policies have been both “conservative” and “liberal.” Many considered Andrew Jackson, Woodrow Wilson and Abraham Lincoln to be quite progressive for their time. The Federalists of 1798 and the McCarthyite Republicans of the 1950s were seen by many of their contemporaries as opportunistic reactionaries.

Second – Most of the historical attacks on Constitutional protections were situation specific. That is, they were responses to particular conditions such as war and amorphous fears of foreign threats. These conditions allowed for the draconian actions of the government. However, when the crisis (real or imagined) ended, policy swung back toward a more centrist political orientation and rights were restored. One might argue that this is what is happening now, that we are in one of these crises modes, and the government is reacting in character by trashing Constitutional rights. I think that this could be a reasonable interpretation, but for one troubling aspect of the present situation that we will get to at the conclusion of this essay.

Third – The “average”citizen is comfortable with (and indeed sometimes enthusiastic about) the unconstitutional behavior of the government. Thus, as Jonathan Turley put it, “While the Framers [of the Constitution] would have likely expected citizens [to be] in the streets defending their freedoms, this measure [the Homeland Battlefield Bill] was greeted with a shrug and a yawn by most citizens and reporters.”

Why would this be so? Keep in mind that the average citizen does not often use his or her rights and sometimes is unaware of what they are. The majority is also normally under the influence of the government and its allied media. To wit, Turley’s “years of war rhetoric.” Even when the claims of these influential sources are exaggerated and distorted, the majority has no way to know this.

The population is in need of fact-checkers, a role once, but no longer played by the press. Today’s fact-checkers are a stand alone vocal minority who contest the exaggerated claims of the government and media, and the abuse of power that often goes along with them. Yet the majority is uncomfortable with fact-checkers and their negative revelations, particularly when they appear outside of traditional contexts (like the press). It is easy for the government to isolate the nay sayers and persuade people that the critics are part of the problem, allied with the enemy, and in need of suppression. Therefore, it is fact-checkers who are in great need of the protection of the Bill of Rights. The truth is that in many places, including the U.S., it is dangerous to tell the truth. Just look at the cases of Bradley Manning and Julian Assange.
Part III – Conclusion (The Troubling Aspect)

Unfortunately, there may be something historically different about the present crisis. It is potentially endless. Terrorism is the poor man’s form of revenge to prevailing economic, political and military domination (direct or by proxy) that is global and on-going. Anyone with a little technical skill and a lot of determination can exact this kind of revenge. And, as long as that happens there will be opportunistic and/or paranoid domestic elements that will use such incidents to isolate, harass and persecute critics of government war-on-terror policies.

If this prognosis is accurate, the only thing that can be expected to end this struggle is a revolutionary change in relations between the West, and particularly the United States, and the non-Western world, particularly the Middle East. No one should be holding their breath as far as this prospect goes. As it stands now, the best one can hope for are pauses in this struggle.

This is a depressing prospect, but it does not relieve anyone interested in the maintenance of political and civil rights from carrying on a determined resistance to their erosion. It is only by vigorously defending and using such rights as free speech that we can hope to sustain the space necessary for critical voices. Think of such rights as muscles. If you don’t want them to atrophy, you have to use them. So, if you want to keep your rights, get out there and use them.