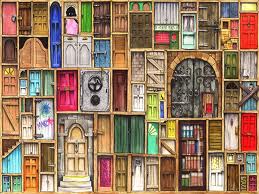 It’s nearly impossible to change others’ perceptions of anything – of you, your favorite food, political candidate, TV programme or other pastime…in politics, from the blindness of arch-Zionist Alan Dershowitz to Gilad Atzmon’s refreshing analysis of Jewish identity politics, to the public’s perceptions of President Obama when they elected him and now. 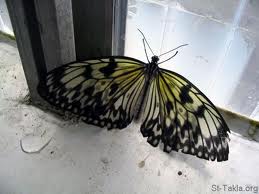 A few years ago, I was fascinated by this very short story:

One day a man opened the garage door, which startled a large butterfly. It flew immediately to its perceived escape, the circle-topped window where it frantically tried to exit through the invisible wall of closed glass.

The man raised the third-car garage door in hopes of aiding its escape. This caused the butterfly to fly higher and higher and become entangled in a spider web.

Fearful that it would remain entangled in the web, the man selected a long-handled broom to assist him escaping the tangled threads.

At this, the butterfly returned to furiously pumping his wings and banging into the glass, which was, in his perspective, the pathway of escape, but remained his cage.

That story had me thinking about how much the butterfly’s behaviour was a paradigm for human behaviour.

Not only butterflies have the problem of seeing new solutions. It’s a challenge that applies to all creatures large and small, including humans.

The spread of the cliché highlights the fact that it’s nearly impossible to change other’s perceptions of anything–of you, your favourite food, political candidate, TV programme or other pastime without a complete change in the way they think.

Aldous Huxley, author of The Doors of Perception, wrote “There are things known and there are things unknown, and in between are the doors of perception.”

The significance of both the story and Huxley’s comment is illustrated by another Huxley note: “To travel is to discover that everyone is wrong about other countries.”

For instance, the ideas that one has about the Israeli-Palestinian problem are incomprehensible to writers and commentators who have never visited Israel and Palestine.

Even those who have visited Israel with guides will have their perceptions pre-ordained to fit those of the guides,

This explains why American congress people who have been on sponsored trips to Israel, but not to Palestine, have opened the doors of perception to only Israel.

“There are quiet places also in the mind. But we build bandstands and factories on them. Deliberately-—to put a stop to the quietness,” wrote Huxley.

In short, we resist opportunities to see things differently, to expand our visions beyond the familiar. 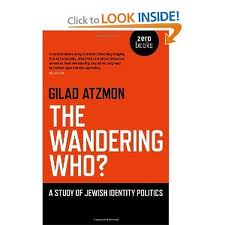 It is impossible for arch Zionists like Harvard law professor Alan Dershowitz to see that Gilad Atzmon in The Wandering Who? is prying open visions of Jewish identities of which Dershowitz can’t conceive.

What makes Atzmon’s awakening so difficult for some to understand is that it takes one outside the ordinary open doors of perception.

In America, President Obama’s major problem is also one of perception. He needs to recall the public’s perception of him when they elected him.

Instead, he has been trying to change others’ perception of him by being the negotiator with people who refuse to negotiate.

Obama was elected by voters who have no power other than the power to vote. He has been trying to please those in power only to be perceived as a weakling by both those in power and the voters.

Wrote William Blake, “If the doors of perception were cleansed everything would appear to man as it is, infinite. For man has closed himself up, till he sees all things through narrow chinks of his cavern.”

A rare and very interesting 1958 — interview from the author of “Brave New World” and ‘Enemies Of Freedom’ on the Chris Wallace show.