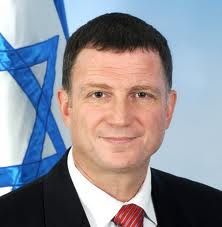 It is surely obvious by now that allowing parallels to be drawn between Israel and America only serves to increase the world’s hatred of America. US citizens are very belatedly waking up to this, as are British citizens, but many continue to fall ass-over-tit into the trap.

He is the regime’s Propaganda Minister (or to be more precise, Minister for Dis-information and Diaspora) and he runs the biggest lie machine in the world.

His task is to make the Israel ‘brand’ smell sweeter. The reason it stinks, of course, is the regime’s putrid morals and murderous conduct, which the lie machine works overtime to try to justify and excuse. It will always fail. You cannot build a decent brand image on lies, obnoxious behaviour and a massive attitude problem.

Edelstein hit the headlines over Christmas when he told everybody that the Arabs are “a deplorable nation”. He was speaking at a public diplomacy event (incredible as it may seem!) at Yor Yehuda, which I’m told means “light of Juda”. Israel’s Propaganda Minister: Arabs are a deplorable nation

He said that “as long as the Arab nation continues to be a deplorable nation, which continues investing in infrastructure for terrorism, education to hate, and welfare for the families of shaheeds [martyrs], there will be no peace.”

The reporter asked Edelstein’s office if the minister was aware that there are some 80 million Arabs in the world, from Sudan to Syria. A spokesman replied: “Yes, there are – and the minister meant them all.”

That’s rich coming from someone whose own position doesn’t bear examination. I understand Edelstein lives in one of Israel’s illegal settlements, Neve Daniel, which is built on stolen Palestinian land in wilful breach of Article 49 of the Fourth Geneva Convention.

“Settlers” is too nice a word for such people. It suggests peaceful pioneers wishing to integrate with the locals. Israeli “settlers” are anything but. They are aggressive squatters, half a million of them in over 100 illegal colonies – ugly blots on an otherwise lovely landscape. They include gangs of armed delinquents and religious nutters who terrorise local villagers, vandalise their crops, pollute their land and harass their children. The Fourth Geneva Convention forbids an occupying power to transfer parts of its own civilian population – and that includes Edelstein and his ministerial colleague the psychopath Avigdor Lieberman – into the territory it occupies. Which leaves these two charmers open to charges of war crimes.

Israel’s hasbara liars verge on the compulsive and pathological. Telling lies is routine; they are in denial of reality; they exaggerate; they come to believe their lies; they have no remorse; and they have no regard for the consequences. Despite this, the Western media lap up anything Tel Aviv’s liars spew out.

Edelstein’s capacity for silliness knows no bounds. When the US demanded that Israel suspend a planned project in East Jerusalem (which is Palestinian territory of course) and revoke planning permission, Ynet News reported Edelstein saying that such a demand to halt construction “proves how dangerous it is to get dragged into talks of a settlement freeze… Such talks will lead to a demand to completely freeze our lives in the entire State of Israel.”

And he let his Stalinist tendencies (Edelstein’s from the Ukraine) get the better of him earlier this year when he wrote to Mark Zuckerberg of Facebook demanding the removal of a page that was calling for a third Intifada and had generated nearly 250,000 supporters.

How to do it (a teach-yourself primer)

It goes without saying that Israel’s lie machine has an instruction manual for those it recruits into its vile business. See it here: 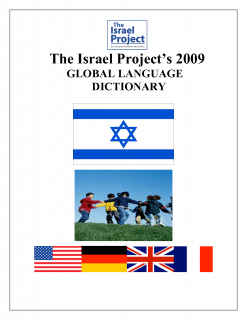 The manual’s general thrust is to win over the mass of “persuadables”, primarily in America but also in the UK. The strategy from the start is to isolate democratically-elected Hamas and to rob the resistance movement and the Palestinian people of their human rights. This quote at the beginning sets the tone: “Remember, it’s not what you say that counts. It’s what people hear.”

And this is how they try it on…

immediate and clear distinction between the empathy Americans feel for the Palestinians and the scorn they direct at Palestinian leadership. Hamas is a terrorist organization – Americans get that already. But if it sounds like you are attacking the Palestinian people (even though they elected Hamas) rather than their leadership, you will lose public support. Right now, many Americans sympathize with the plight of the Palestinians, and that sympathy will increase if you fail to differentiate the people from their leaders.”

Note how Israel’s strategy is almost totally dependent on the false idea that they and America are victims of terror and all western nations need to huddle together with Israel for mutual protection. Fortunately, level-headed people are beginning to realize who the terrorists really are.

It is surely obvious by now that allowing parallels to be drawn between Israel and America only serves to increase the world’s hatred of America. US citizens are very belatedly waking up to this, as are British citizens, but many continue to fall ass-over-tit into the trap.

If so fluent in this splendid language, why won’t Israel acknowledge their neighbours’ rights to democracy, freedom, security and peace and end their military oppression?

Right, never let facts get in the way of a good message! And, as George Dubya Bush, 43rd US President, said: “See, in my line of work you got to keep repeating things over and over and over again for the truth to sink in, to kind of catapult the propaganda.”

If the fight isn’t about land, why did Israel steal it at gunpoint? And why won’t they give it back when told to repeatedly by the UN?

Then there’s the uncontrollable urge to possess the Holy City…

# 71% of Americans trust Israel most to protect the holy sites in Jerusalem, compared to 6.1% who trust the Palestinian authority most. 8.5% percent trust neither.

Given the choice between the two, Americans of all political and demographic stripes trust Israel to protect and have sovereignty over Jerusalem.”

The Old City and east Jerusalem are Palestinian. Nevertheless, “Jerusalem must remain the united capital of Israel,” says prime minister Netanyahu. Israel is in control right now and prevents Muslims and Christians from outside the City visiting the holy places. No way can Israel be trusted.

The UN’s partition plan decreed that Jerusalem should become a ‘corpus separatum’ under international administration. It is unlikely that the UN would wish to see its resolutions torn up or international law re-written for Israel’s sole benefit or to suit America’s misinformed opinion.

Oh, and let’s put the boot into the other demon, Iran…

By the same token we must call the racist regime what it is – US-backed Israel.

The plight of the Palestinians under Israel’s heel was of international concern long before Hamas appeared on the scene. Iran’s support for Hamas is difficult to quantify and probably less than we think. In any case it is peanuts compared to America’s support for Israel.

Hamas, as everyone knows, is an offshoot of Egypt’s Muslim Brotherhood and was founded in 1987 during the first Intifada. Hezbollah came into being in 1982 in response to US-backed Israel’s invasion of Lebanon. So the territorial ambitions of US-backed Israel provoked the rise of both. US-backed Israel’s problem is entirely self-inflicted and shouldn’t concern the rest of us at all.

The lie machine’s propaganda manual is indeed an evil document oozing poison. It shows better than anything else why the Israeli regime can never, never, never be trusted and is therefore no partner for peace.

Edelstein should reflect on how being a fabricator and dealer in lies, and a war criminal too, is about as low a thing as a man can be. But, Israel being Israel, creatures like him and that unprincipled mouthpiece Mark Regev are guaranteed a job.